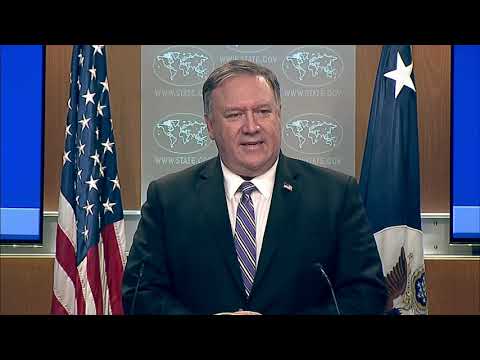 Pompeo announced the appointment of Abrams two days after Washington declared head of state Nicolas Maduro to be illegitimate and recognized opposition leader Juan Guaido as the interim president of crisis-plagued Venezuela.

Pompeo said that Abrams “will be a true asset to our mission to help the Venezuelan people fully restore democracy and prosperity to their country.”

Abrams told reporters in brief remarks: “This crisis in Venezuela is deep and difficult and dangerous and I can’t wait to get to work on it.”

The veteran Republican foreign policy hand took charge of Latin America policy under Reagan, clashing with human rights groups as he channeled generous US support to anti-communist forces in Nicaragua and El Salvador.

In one notorious incident, he initially dismissed the massacre of nearly 1,000 civilians by the Salvadoran army at El Mozote in 1981.

Abrams later pleaded guilty to two misdemeanor counts of withholding information from Congress during the Iran-Contra scandal, when the Reagan administration secretly funded the Contra rebels in Nicaragua through arms sales to revolutionary Iran.

Abrams later returned as a senior adviser to president George W. Bush in charge of human rights and the Middle East.

But when Republicans returned to the White House with President Donald Trump’s election, Abrams was initially passed over as the new administration shut out critics of the unorthodox new leader.

Abrams during the 2016 election had written a piece in The Weekly Standard magazine entitled, “When You Can’t Stand Your Candidate,” in which he argued that Trump “cannot win and should not be president of the United States.”

Pompeo, one of Trump’s favorite cabinet members, assured that Abrams was on board, saying the new envoy was “eager to advance President Trump’s agenda and promote the ideals and interests of the American people.”

Pompeo said that Abrams would join him Saturday as the secretary of state heads to New York for a special UN Security Council session on Venezuela.