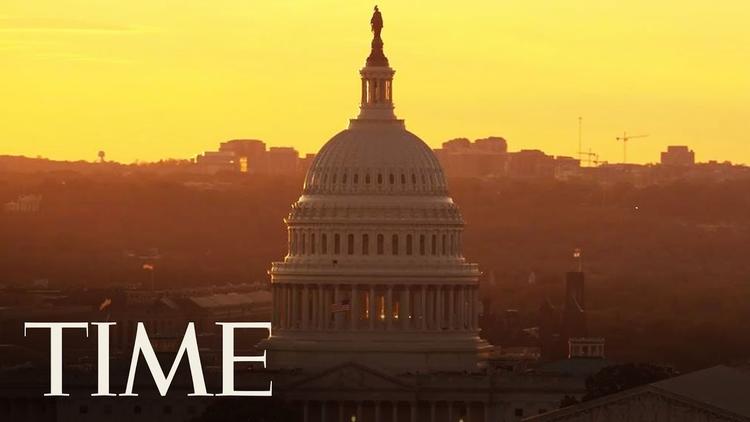 Ann Arbor (Informed Comment) – The United States fell 6 places to a ranking of only 22 in Transparency International’s‘s list of countries by corruption. Under Trump, America is not in the top 20 for fair dealing.

But as I have argued before, the United States is the most corrupt country in the world, and should be ranked 194, not 22. What follows is a much revised version of my popular list. Obviously, the US Departments of Justice and the Treasury would not give corporations impunity for obtaining contracts by bribery, and it is this sort of scrupulousness that the Transparency International list is rewarding. And Americans don’t have to bribe government officials, as is true in many countries (though to be fair to the government officials, they typically demand bribes because their governments don’t pay them a living wage).

But in all sorts of ways, US corruption is off the charts, and since the US is still the number one economy in the world by nominal GDP, massive corruption here has a global impact.

Here are the top signs that the US is the most corrupt country in the world:

1. The US is so corrupt that our ruling, Republican Party, would even deny human-made climate change and adopt pro-carbon policies destined inexorably to wreck the planet earth, all to ensure a few extra years of profits for dirty coal companies and oil giants like Exxon-Mobil.

Americans are now finally waking up from the 30 years of mesmerized unreality into which Big Carbon and its willing henchmen in the US government had cast them. But nothing of any significance is being done on the climate emergency by the Federal government, and the real leaders are states like California. Americans do not realize how peculiar their climate dementia is. No government in Europe openly denies human-made climate change through the burning of fossil fuels and the lodging of greenhouse gases in the atmosphere, however lackadaisical some of them are about addressing the problem.

The Chinese Communist Party is more realistic than the US government, and is making a full-court press to move to green energy. Germany, the fourth-largest economy, has announced the end of coal. Britain gets a third of its electricity from wind, and coal provides only 2% of British electricity– an achievement of less than a decade.

Only the dodo birds of the sneakily misnamed Australian Liberal Party are still vehemently pro-coal and shrilly denying the plain science of greenhouse gases.

2. Our government is so corrupt that the Environmental Protection Agency has not only ceased actually protecting the environment but it has become a cheerleader for polluting industries, gutting any regulation that might stand in the way of making a little extra money at the expense of, like, killing people. Its current head is a former coal industry lobbyist! The EPA has decided to back coal plants and to remove the annoyance of government regulations interfering with their spewing mercury into the air. Mercury is a nerve poison, and it concentrates at the top of the food chain (i.e. in us). The Mad Hatter in ‘Alice in Wonderland’ was driven crazy by using his hands to put mercury on the brim of felt hats so as to straighten them. Continual exposure to mercury damages your neural system.

3. The US government is so corrupt that it is winking at the brutal murder by Saudi authorities of Washington Post columnist Jamal Khashoggi, almost certainly at the order of crown prince Mohammed Bin Salman. And the grounds which the president of the United States gave for his insouciance at the deployment of a bone saw on the hapless scribbler were that he did not want to endanger Saudi arms purchases from and investments in the United States. This response is the very definition of corruption. Saudi Arabia is bribing the US government to ignore a vicious murder of a high profile journalist whose children are American citizens and who wrote for the Washington paper of record. You can tell all this is corrupt by just imagining what the response would be in Washington if Iran were discovered carving up a dissident in a consulate with a bone saw.

4. The US is so corrupt … (audience: ‘How corrupt is it?”) — it is so corrupt that the US Senate has allowed a bill to come to the floor, introduced by Mario “Benedict Arnold” Rubio, which approves of individual states excluding vendors and contractors who boycott Israel. Although Rubio, Gary Peterson, Ron Wyden and other backers of the bill maintain that it does not affect freedom of speech, it actually guts freedom of speech. We university lecturers who speak on other campuses are considered contractors, and people will be prevented from giving talks at the University of Texas, e.g., by such laws. The law is unconstitutional and will be struck down if the US judiciary still has a modicum of integrity. But the law was passed in order to uphold the Israeli colonization of the Palestinian West Bank and the sentencing of Palestinians to being stateless and helpless and without rights. And it was worked up in the shadows in coordination with the Israeli Ministry of Strategic Affairs (i.e. of propaganda), with the backing of pro-squatter fanatics such as sleazy casino mogul Sheldon Adelson, who has been accused of making his pile in part by bribing members of the Chinese Communist Party to let him open a lucrative casino in Macau. The senators have brought this bill to the floor despite its being a poison pill for the US constitution because they are in the back pocket of the Israel lobbies, which help fund their political campaigns. (I hasten to add that most American Jews do not approve of these shenanigans and Jewish Millennials in particular are done out by Netanyahu).

In other words, the senators are acting this way because they are being bribed by a sliver of corrupt American business people who in turn are virulent partisans of a foreign state, or by US Evangelicals who have an irrational hope that the Final Solution of the Palestinian problem will provoke the return of Christ. The important thing is that US electoral politics is an elaborate system of bribery, for which even the constitution itself is not sacrosanct.

5. A sure sign of corruption is an electoral outcome like 2016. An addled nonentity like Donald Trump got filthy rich via tax loopholes, a predatory behavior in his casinos and other businesses, and then was permitted to buy the presidency with his own money. He was given billions of dollars in free campaign time every evening on CNN, MSNBC, Fox and other channels that should have been more even-handed, because they were in search of advertising dollars and Trump was a good draw. Then, too, the way the Supreme Court got rid of campaign finance reform and allowed open, unlimited secret buying of elections is the height of corruption. The permitting of massive black money in our elections was taken advantage of by the Russian Federation, which, having hopelessly corrupted its own presidential elections, managed to further corrupt the American ones, as well. Once ensconced in power, Trump Inc. has taken advantage of the power of White House to engage in a wide range of corrupt practices, including an attempt to sell visas to wealthy Chinese and the promotion of the Trump brand as part of diplomacy.

6. The rich are well placed to bribe our politicians to reduce taxes on the rich. The Koch brothers and other mega-rich troglodytes explicitly told Mitch McConnell and Paul Ryan in 2017 that if the Republican Party, controlling all three branches of government, could not lower taxes on its main sponsors, there would be no billionaire backing of the party in the 2018 midterms. This threat of an electoral firing squad made the hundreds of bribe-takers in Congress sit up and take notice, and they duly gave away to the billionaire class $1.5 trillion in government services (that’s what Federal taxes are, folks, services–roads, schools, health inspections, implementation of anti-pollution laws–things that everyone benefits from and which won’t be there any more. To the extent that the government will try to continue to provide those slashed services despite assessing no taxes on the people with the money to pay for them, it will run up an enormous budget deficit and weaken the dollar, which is a form of inflation in the imported goods sector. Inflation hits the poor the worst. As it stands, 3 American billionaires are worth, as much as the bottom 150 million Americans. That kind of wealth inequality hasn’t been seen in the US since the age of the robber barons in the nineteenth century. Both eras are marked by extreme corruption.

7. One sign of American corruption is the rapidity with which American society has become more unequal since the 1980s Reagan destruction of the progressive income tax. The wealthier the top 1 percent is, the more politicians it can buy to gather up even more of the country’s wealth. In my lifetime the top one percent has gone from holding 25% of the privately held wealth under Eisenhower to over 38% today. Alexandria Ocasio-Cortez is right that we need to much increase the top marginal tax rate; and we need to tax unearned income, as well.

8. The US military budget is bloated and enormous, bigger than the military budgets of the next twelve major states. What isn’t usually realized is that perhaps half of it is spent on outsourced services, not on the military. It is corporate welfare on a cosmic scale. I’ve seen with my own eyes how officers in the military get out and then form companies to sell things to their former colleagues still on the inside. Precisely because it is a cesspool of large-scale corruption, Trump’s budget will throw over $100 billion extra taxpayer dollars at it.

9. The US has a vast gulag of 2.2 million prisoners in jail and penitentiary. There is an increasing tendency for prisons to be privatized, and this tendency is corrupting the system. It is wrong for people to profit from putting and keeping human beings behind bars. This troubling trend is made all the more troubling by the move to give extra-long sentences for minor crimes, to deny parole and to imprison people for life for e,g, three small thefts.

10. Asset forfeiture in the ‘drug war’ is corrupting police departments and the judiciary. Although some state legislatures are dialing this corrupt practice back, it is widespread and a danger to the constitution.

So don’t tell the global South how corrupt they are for taking a few petty bribes. Americans are not seen as corrupt because we only deal in the big denominations. Steal $2 trillion and you aren’t corrupt, you’re respectable.

The U.S. Has Slipped Out Of The Top 20 Countries In A Worldwide Corruption Index | TIME