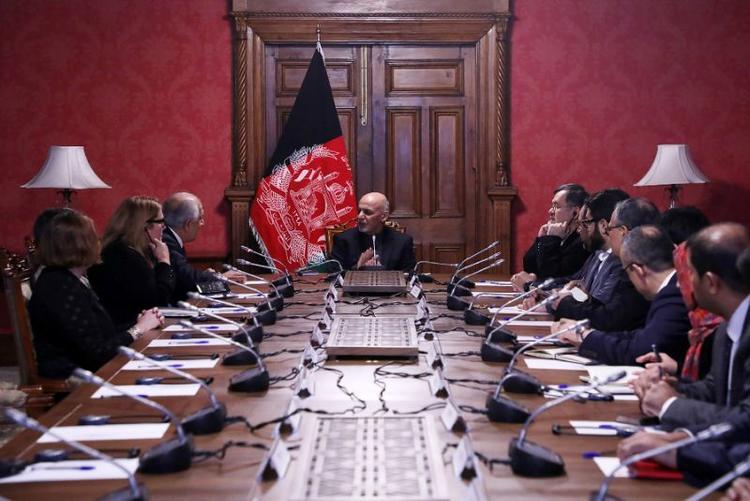 Washington, DC (AFP) – The United States and the Taliban appear closer than ever to a peace deal, but fears are mounting that President Donald Trump could accept a quick accord that pours fuel on — rather than douses — Afghanistan’s war.

Negotiator Zalmay Khalilzad, a key player in George W. Bush’s administration when the United States first invaded Afghanistan after the September 11, 2001 attacks, said he sealed the outlines of a peace deal after six days of talks with the Taliban in Qatar.

But it remains to be seen how much the Taliban, who imposed an austere form of Islam on much of Afghanistan when they were in power, would give in return for a US pullout.

The militants are believed to have promised not to provide shelter again to foreign extremists but have so far refused another key US demand — that they talk to the internationally recognized government in Kabul.

Laurel Miller, the US special representative on Afghanistan and Pakistan until 2017, said it will be critical to see if the Taliban’s pledges are substantively new — “or whether really the only change is that the US wants to get out.”

“If the US pulled out abruptly — either with a peace deal as a fig leaf for an exit, or not even bothering with a fig leaf — I think you would see the countries of the region backing their own separate clients within Afghanistan, and I think you will see a dissipation of central authority in Afghanistan and probably a wider and intensified civil war,” said Miller, now the Asia director at the International Crisis Group.

“But if the withdrawal comes as part of a peace deal, and with interlocking elements of a US withdrawal and an Afghan peace deal, then you have a possibility for that being something that the regional powers could get behind.”

Afghan President Ashraf Ghani, in a televised address Monday after being briefed by Khalilzad, appealed to the Taliban to negotiate — saying that all Afghans should agree on the need for peace and an eventual withdrawal of foreign forces.

“We want peace, we want it fast but we want it with a plan,” Ghani said. 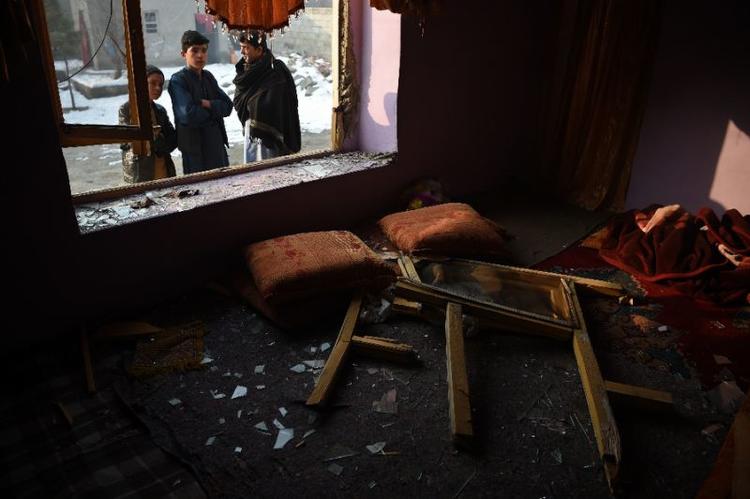 Afghan President Ashraf Ghani appealed to the Taliban to negotiate — saying that all Afghans should agree on the need for peace in the wake of so many attacks — like this one from a truck bomb — and an eventual withdrawal of foreign forces (AFP Photo/WAKIL KOHSAR).”

Trump, who reluctantly boosted US troop numbers early in his term, already decided last month to pull half of the 14,000-strong force from Afghanistan, part of his bid to end what he sees as wasteful foreign involvements.

Senator Rand Paul, a Republican backer of the drawdown strategy, told CBS News after the troop decision: “We’ve been there 17 years. We think now we’re going to take one more village and we’ll get a better negotiated deal?”

Support for America’s longest-ever war has been waning — a Pew Research Center poll taken in September found that only 45 percent of Americans still agreed with the decision to use force in Afghanistan, where some 2,400 US troops have died since 2001.

“There has been a gradual realization and finally embrace by even the US military of the idea that the war is not going to be won by the United States and that there are limits to how effective the US and NATO have been in building up the capability of Afghan forces to hand over the fight to them,” Miller said.

Former president Barack Obama was also skeptical of the never-ending war and planned to pull out troops by the end of his term — but backtracked after seeing Taliban gains and the rise of the Islamic State group, also known as ISIS, following the US withdrawal from Iraq.

Michael O’Hanlon, a senior fellow at the Brookings Institution, said he was “extremely skeptical” about the negotiations in Qatar.

“I see no indication of progress on what for me is the key issue: how to share power between the Taliban and the existing government?” he said. 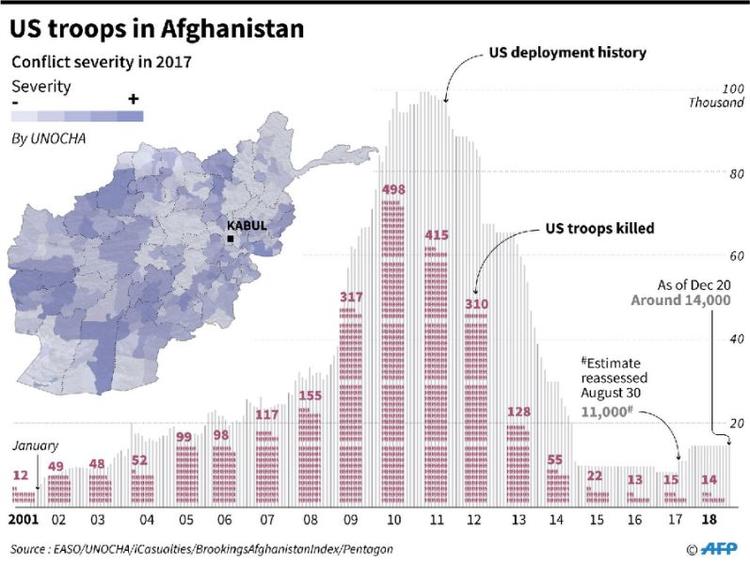 He also doubted Taliban commitments against foreign extremists, saying that the group “shares many sympathies with Al-Qaeda and ISIS and won’t be able to control all of its own territory regardless.”

Anthony Cordesman, a strategist at the Center for Strategic and International Studies, warned of parallels with the Vietnam War, where the United States handed over the war to unstable allies in the former Saigon who were toppled just two years later.

Cordesman said that Cambodia, Nepal, Nicaragua and the Balkans also were cases where rebels negotiated but still sought out military victories.

The Afghan talks “seem to be based on the fantasy that the Taliban will shift its positions so radically that it both recognizes the legitimacy of the current Afghan government and accepts a limited and non-violent role in that government,” he wrote in an analysis piece.

Featured Photo: “Afghan President Ashraf Ghani speaks to US envoy Zalmay Khalilzad during a cabinet meeting at the palace in Kabul (AFP Photo/Handout).”