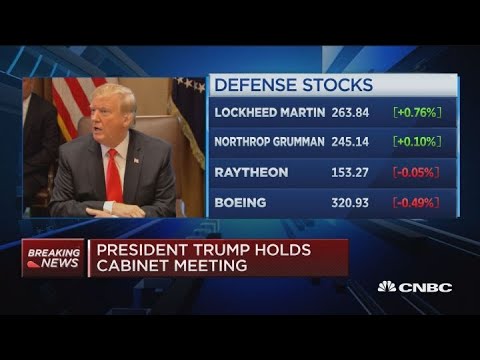 Ann Arbor (Informed Comment) – The Christian-owned Lebanese daily al-Nahar (The Day) mocked Trump’s remark this week that Iran can do whatever it wants in Syria after the US military withdrawal (“they can do what they want there, frankly”). A columnist for the newspaper, Monalisa Fariha, entitled her piece, “Iran will get out of Syria the same way Mexico will pay for the Wall.”

She points out that ever since Trump abruptly announced his withdrawal from Syria in mid-December, he has jumped from one position to another, chasing away his Secretary of Defense and his special envoy for defeating ISIL. He said last Wednesday that Iran after the Trump administration withdrew from the 2015 nuclear treaty is a changed country, and that it has had to withdraw from Yemen and Syria because of its declining resources. She points out that none of this is accurate. (It appears that poor journalists all around the world now have to put in overtime to explain to their readers that Trump says things and that they for the most part are not true).

The London pan-Arab daily al-Quds al-Arabi also noted that Trump keeps changing his positions. It reported that according to the Israeli newspaper Yediot Aharanot, Israeli officials are alarmed and bewildered that the US president thinks Iran should be able to do what it wants in Syria. (Trump’s own national security adviser John Bolton had prepared a memo for him on blocking Iran in Syria last fall, which is the opposite policy from the one Trump advocates). The Israelis are also puzzled that Trump’s pronouncements contradict the guidance of US intelligence. “It appears he does not know what is going on on the ground,” one fretted.

Al-Nahar also reports that Israeli Prime Minister Binyamin Netanyahu spoke on Friday by telephone about Syria for the first time since Trump’s Dec. 19 withdrawal announcement. The two agreed on continued Russo-Israeli coordination, but that appears primarily to mean that they will attempt to avoid friendly fire as Israel continues its occasional strikes on Iranian and Hizbullah targets in Syria. Russian President Putin is known not to like these Israeli air strikes because they can endanger Russian military personnel. Netanyahu, highly alarmed at Trump’s departure and insouciance toward Iran in Syria, put the best face on the matter by saying that Trump is combating Iran economically, and Israel is doing so militarily on the ground. But actually a few boycott measures won’t bring down Iran, and Trump doesn’t seem in the mood to fight Iran, so what is really being said is that Israel is on its own.

Dr. Nevine Masaad at the Egyptian government newspaper al-Ahram says that Trump’s departure from Syria should be seen as a good thing. Foreign occupation, she maintains, is a bad thing even if the Kurds might disagree. She wonders if anyone can fill the vacuum created by that departure, and concludes that Turkey, at least, will not take up the fight against ISIL/ Daesh, since its main interest is to take down the Kurdish YPG militia. If you read her column as a statement of the Egyptian government position, it is clear that Cairo is shedding no tears about the Americans getting out.

CNBC: “Trump: Iran is different place than before I was president”