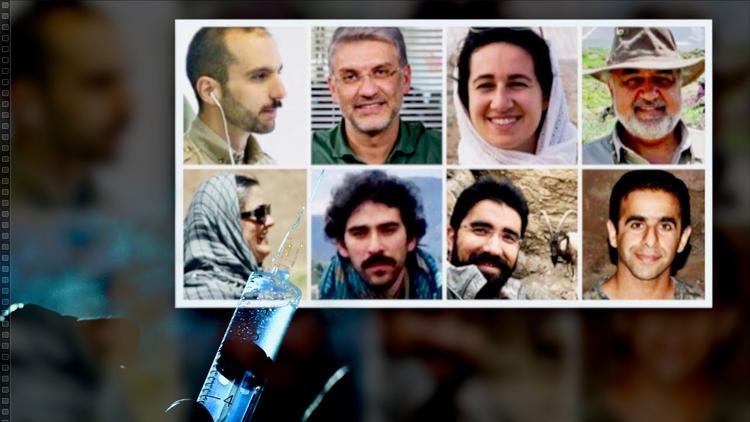 Human Rights Watch (Beirut) – Iran’s judicial authorities are violating fair trial standards in the case of eight environmentalists who have been detained for over a year, Human Rights Watch said today. Authorities should immediately open an impartial and transparent investigation into the torture allegations the accused have raised during the trial. On January 30, 2019, Houman Jokar, Sepideh Kashani, Niloufar Bayani, Amirhossein Khaleghi, Sam Rajabi, Taher Ghadirian, Abdoreza Kouhpayeh, and Morad Tahbaz, members of a local environmental group, the Persian Wildlife Heritage Foundation, appeared in court for the opening of the trial on accusations of spying. Branch 15 of Tehran’s revolutionary court, which is overseeing the trial, did not allow the defendants’ lawyers to review the indictment prior to the session.

Judge Abdolghassem Salavati of Branch 15 also restricted the defendants’ choices for lawyers to a list approved by the judiciary. During the trial, one of the detainees interrupted the session, claiming that they were tortured and coerced into making false confessions, a source confirmed to Human Rights Watch. “The gravity of due process violations against these activists over the past year, and the recent allegation of torture and forced confessions, has reinforced the reality that the judiciary is a tool of repression and a symbol of injustice,” said Michael Page, deputy Middle East director at Human Rights Watch. “The highest-ranking authorities should immediately investigate this allegation of torture, immediately call for the release of these activists, and end the grave abuses against them.”

On January 30, Mohammad Hossein Aghasi, a lawyer Rajabi has chosen to represent him, tweeted that he had not been allowed to represent his client in the court. Two sources who asked not to be named due to the risk of reprisal, said that the 300-page indictment against the environmentalists is solely based on a forced confession in detention. During the second trial session, on February 2, Bayani stood up, said that she rejected the accusation of spying, and described abuse she said she had experienced in detention. “If you were being threatened with a needle of hallucinogenic drugs [hovering] above your arm, you would also confess to whatever they wanted you to confess,” Bayani told the court on February 2, a source with close knowledge of the case confirmed.

The Revolutionary Guards’ Intelligence Organization arrested seven of the defendants on January 24 and 25, 2018, as well as Kavous Seyed Emami, an Iranian-Canadian university professor. The authorities arrested another environmentalist, Abdoreza Kouhpayeh, on February 25, who is being tried with seven other activists. On February 10, 2018, family members of Seyed Emami reported that he had died in detention in suspicious circumstances. Iranian authorities claimed that he committed suicide, but they have not conducted an impartial investigation into his death and have placed a travel ban on his wife, Maryam Mombeini.

On October 24, 2018, Abbas Jafari Dolatabadi, the Tehran prosecutor, said at a news conference that the authorities had finalized indictments for the activists. He said that four face the charge of “sowing corruption on earth,” which includes the risk of the death penalty, claiming that the activists were “seeking proximity to military sites with the cover of the environmental projects and obtaining military information from them.” On January 30, the Islamic Republic News Agency reported that three others are charged with spying and one person is charged with assembly and collusion against national security.

Several senior Iranian government officials have said that they did not find any evidence to suggest that the detained activists are spies. On May 22, the Iranian Student News Agency (ISNA) reported that Issa Kalantari, the head of Iran’s Environmental Institution, said during a speech at a biodiversity conference that the government had formed a committee consisting of the ministers of intelligence, interior, and justice and the president’s legal deputy, and that they had concluded there was no evidence to suggest those detained are spies. On February 3, Mahmoud Sadeghi, a member of Parliament from Tehran, tweeted that according to the information he has received, the National Security Council headed by President Hassan Rouhani also did not deem their activities of the detained conservation activists to be spying. In January, two labor rights activists, Ismael Bakhshi and Sepideh Gholian, also alleged that they had been tortured when the authorities detained them in November.

Instead of conducting a transparent investigation of their allegations, the authorities arrested both activists shortly after in what appears to be an act of reprisal. Torture and cruel, inhuman, or degrading treatment are banned at all times, and evidence obtained by torture or other coercion may not be submitted as evidence in a trial. Under the Convention Against Torture, torture is defined as the deliberate infliction by state officials of severe pain or suffering, physical or mental for a particular purpose such as obtaining a confession. Under the Convention, torture is also a crime of universal jurisdiction, meaning that the authorities are required to arrest and investigate anyone on their territory credibly suspected of involvement in torture anywhere and to prosecute them or extradite them to face justice.

The United Nations Principles on Torture Investigations state that “alleged victims of torture or ill-treatment, witnesses, those conducting the investigation, and their families shall be protected from violence, threats of violence, or any other form of intimidation that may arise pursuant to the investigation.” “If President Rouhani wants anyone to believe he does not agree that detainees are being routinely tortured in Iran, now is the time to act,” Page said. “The president should directly intervene as the head of the national security council, and order a transparent investigation.”