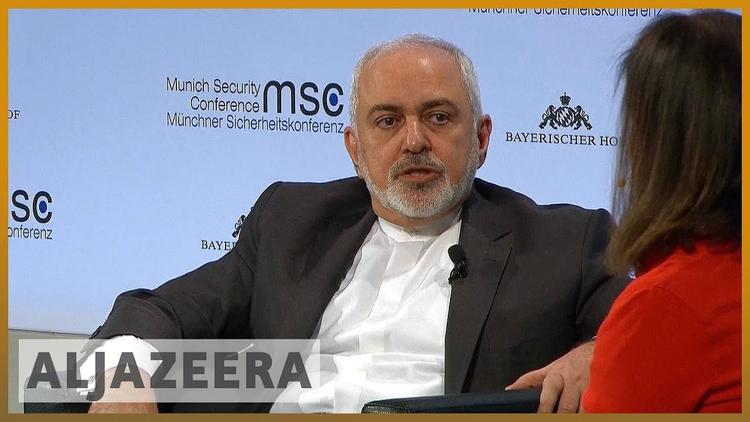 Ann Arbor (Informed Comment) – Iranian Foreign Minister Mohammad Javad Zarif resigned via Instagram on Monday, apologizing for his inability to continue in office and for any shortcomings in his past service to the nation. A member of parliament said that Zarif had submitted letters of resignation to President Hassan Rouhani on several occasions but that the president had rejected them. Zarif putting the resignation up at Instagram was interpreted as a signal that he really wanted Rouhani to accept it this time. We don’t yet know what the Iranian government will do.

The tenor of the resignation message suggests to me that Zarif was forced out, likely by the hardliners who have lambasted him since Trump’s election for getting suckered into the 2015 nuclear deal with the US and other UN Security Council members.

Zarif sent out a message urging others in the ministry of foreign affairs not to resign, saying that his own departure was a maneuver designed to allow the ministry to resume its lawful place in Iranian governance. This statement shows that Zarif and the ministry of foreign affairs had been sidelined by the hard liners without that being entirely understood outside Iran, and that he felt he had been put in an untenable situation. It suggests that some other government unit, possibly the Iranian Revolutionary Guards Corps, has actually been conducting the business of foreign affairs, leaving the ministry with little to do. Typically in Iran, a minister loses effectiveness if he loses the confidence of the clerical Leader, Ali Khamenei, which must be what happened to Zarif.

Observers noted that Zarif did not attend Monday’s meeting in Tehran between high officials of the Islam Republic and President Bashar al-Assad, the brutal butcher of Damascus. This absence is said by some to have provoked Zarif’s resignation. It is another sign that someone else is doing the real foreign policy and Zarif was frozen out. There was nothing in Zarif’s behavior to make us think he was opposed to Iranian involvement in Syria, but it may be that he just wasn’t given that portfolio. Or it may be that Bashar al-Assad, who knows Zarif spent a lot of time hanging around with John Kerry and the US State Department during the nuclear negotiations, just did not want Zarif there. The last US ambassador to Syria, Robert Ford, more or less joined the opposition when the failed revolution broke out in 2011, and the Syrian government has raw feelings about the US State Department.

On the Iran side, there are resentments about Zarif’s role in that nuclear deal of 2015, which required Iran to give up 80% of its civilian nuclear enrichment program in return for an end to UN and US economic and financial sanctions. Iran kept its part of the bargain, devastating its nuclear infrastructure and giving up its plans for a heavy water reactor.

But when Trump came in, in 2017, he violated the treaty that Obama had signed and slapped extremely severe sanctions back on Iran. So Iran is back to the extreme sanctions of 2013 but now has given up much of its nuclear enrichment activities, depriving it of the only card it had to play to keep a US overthrow at bay.

Iranian hawks are understandably furious at Rouhani and Zarif for falling for what they see as an American trap. In reality, Obama signed the treaty with Iran in good faith and could not have predicted that the next president would be certifiably insane.

In any case, Zarif has been hounded by the hard liners. It is possible that he is the first major casualty of Trump’s Iran sanctions, which are pushing the country away from the international community and causing it to move closer to Russia and China.

His critics will say that Zarif is a right wing member of the political establishment and that his resignation doesn’t change much. That was Secretary of State Mike Pompeo’s reaction.

American pundits and politicians often consider nuance a mortal sin. Back in Cold War days, George Will used to fulminate against those who tried to distinguish among Soviet leaders, insisting they were all hard liners. And then Mikhail Gorbachev effected Perestroika reforms and everything began to change. Will’s blindness to the existence of non-hard-liners made it impossible for him to predict the end of the Soviet Union.

Likewise, Zarif may have been a man of the regime and a major apologist for it. But there was a real difference between those who were willing to negotiate with Obama, like Zarif, and those who were not.

Instead of that nuclear deal being seen as a major accomplishment, it is now a political albatross, and may have helped drive Zarif from office. Trump has managed to weaken the centrists and empower the hard liners. Since Trump wants to provoke conflict with Iran, he may have accomplished an important step on that path.