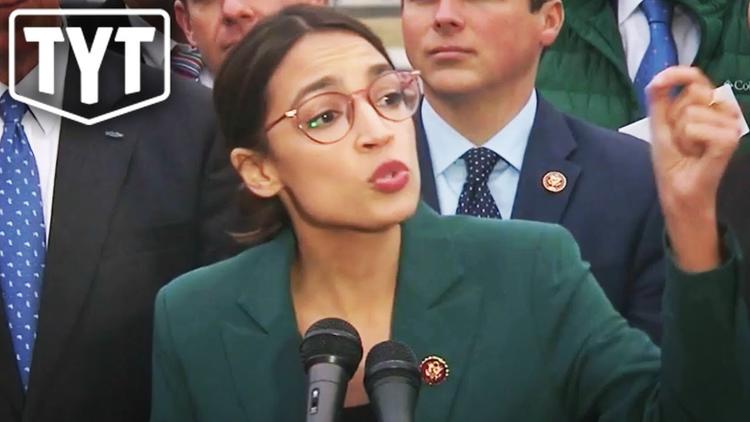 Jan Schakowsky doesn’t need to apologize for anything. This veteran member of Congress from Illinois has a record second to none on issues that matter to working people. Over the course of her 20 years on Capitol Hill, Schakowsky has introduced much more than her share of innovative legislation, bills like her Patriot Corporations of America Act, a measure designed to give companies that pay their top execs only modestly more than their workers a better shot at winning government contracts.

But today, in a special Congressional Progressive Caucus Capitol Hill briefing on taxes, Schakowsky did some apologizing of sorts. Her previous attempts at making the U.S. tax code more progressive, she acknowledged, had called for a tax rate on America’s highest income bracket at no more than 49 percent.

Schakowsky called that 49 percent — a figure close to the top rate during most of the Reagan years and a dozen points over the current top rate — the highest rate she “had the guts” to propose. But then, she added, along came Alexandria Ocasio-Cortez and her call last month for a 70 percent top rate “for the richest among us.”

“And lo and behold,” smiled Schakowsky, referencing the favorable polling on that 70 percent proposal, “the American people think that’s a good idea.”

Schakowsky went on to pledge that she’ll be working with Ocasio-Cortez, her Congressional Progressive Caucus co-host for today’s tax briefing, to draft legislation that enshrines a new, considerably higher top rate in America’s tax code.

In a sense, the bold Ocasio-Cortez move to propose a 70 percent top rate — a rate totally unimaginable in polite political circles just weeks ago — has liberated Schakowsky to go as bold on taxing the rich as she has always wanted to go, and that couldn’t be better news. Today, at a time of intense income and wealth concentration, we need to be bold — on multiple tax fronts.

We need, as Rep. Ocasio-Cortez has proposed, to restore the top marginal tax rates that did so much in the middle of the 20th century to check grand fortune. But we can’t be content to just recreate that mid-century progressive tax structure. We need to do what egalitarians back then could not do. We need to make steep top rates politically sustainable over the long haul.

And how might we do that? At today’s Congressional Progressive Caucus briefing, Economic Policy Institute president Thea Lee highlighted one promising approach: We could start linking income tax rates for America’s richest to the minimum wage for America’s poorest.

Lee also noted another linkage proposal that analysts at the Institute for Policy Studies have been advocating: tying the U.S. corporate tax rate to the ratio between CEO and worker pay.

If the tax code fixed a higher corporate tax rate on companies with wide gaps between executive and worker compensation, the Economic Policy Institute’s Lee pointed out, corporate enterprises would have a powerful “incentive to raise their worker pay”and, in the process, help reduce our income gap before taxes.

Our tax rates, Olivia-Cortez observed in her remarks at today’s Congressional Progressive Caucus briefing, can be a mighty tool to help us “mitigate inequality.” Yes, tax rates can certainly play that essential role — but only, her briefing strongly suggested, if we stay bold.