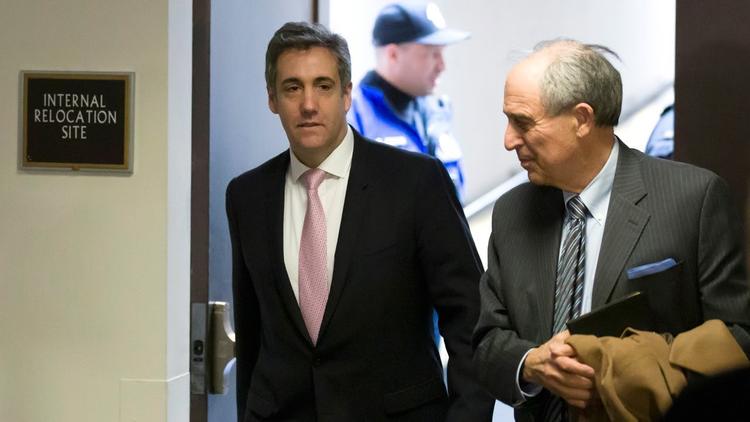 Michael Dean Cohen’s prepared remarks for his public congressional testimony on Wednesday were obtained by Politico.

Here are what struck me as the top 6 most egregious revelations about Trump’s venality:

1. Trump running for president was just a public relations stunt. He expected to benefit financially

“Mr. Trump would often say, this campaign was going to be the “greatest infomercial in political history.”

2. Trump knew that Roger Stone was talking to Julian Assange about releasing emails from Hillary Clinton’s campaign because Stone told him so. Trump was all for it.

‘In July 2016, days before the Democratic convention, I was in Mr. Trump’s office when his secretary announced that Roger Stone was on the phone. Mr. Trump put Mr. Stone on the speaker phone . Mr. Stone told Mr. Trump that he had just gotten off the phone with Julian Assange and that Mr. Assange told Mr. Stone that, within a couple of days, there would be a massive dump of emails that w ould damage Hillary Clinton’s campaign. Mr. Trump responded by stating to the effect of “wouldn’t that be great.”’

3. Trump is a stone racist, especially toward persons of African descent. He thought any country run by an “black person” is automatically a “shithole.” Why do I think this is perfectly plausible?

‘ He once asked me if I could name a country run by a black person that wasn’t a “shithole . ” This was when Barack Obama was President of the United States. While we were once driving through a struggling neighborhood in Chicago, he commented that only black people could live that way. And, he told me that black people would never vote for him because they were too stupid.’

4. Trump really enjoyed screwing over his subcontractors by underpaying them or even stiffing them entirely. As I remember, Hillary Clinton said this during one of their debates. Trump replied that he didn’t pay people who did poor work. Cohen’s testimony suggests it was part greed and part sadism.

‘And it should come as no surprise that one of my more common responsibilities was that Mr. Trump directed me to call business owners , many of whom were small businesses , that were owed money for their services and told them no payment or a reduced payment would be coming. When I advised Mr. Trump of my success, he actually reveled in it.’

‘ I am providing a copy of a $35,000 check that President Trump personally signed from his personal bank 14 account on August 1, 2017 – when he was President of the United States – pursuant to the cover – up , which was the basis of my guilty plea, to reimburse me – the word used by Mr. Trump’s TV lawyer — for the illegal hush money I paid on his behalf. Th is $35,000 check was one of 11 check installments that was paid throughout the year – while he was President. The Presi dent of the United States thus wrote a personal check for the payment of hush money as part of a criminal scheme to violate campaign finance laws.’

6. Trump is deceitful and vain, so he had Cohen threaten his high school, colleges and former classmates to keep them from releasing his grades. (Trump had demanded that Obama release his own grades.)

‘When I say conman, I’m talking about a man who declares himself brilliant but directed me to threaten his high school, his colleges, and the College Board to never r elease his grades or SAT scores.’

Some of Cohen’s allegations concern Federal crimes, and he has documentation.

Trump is going down.