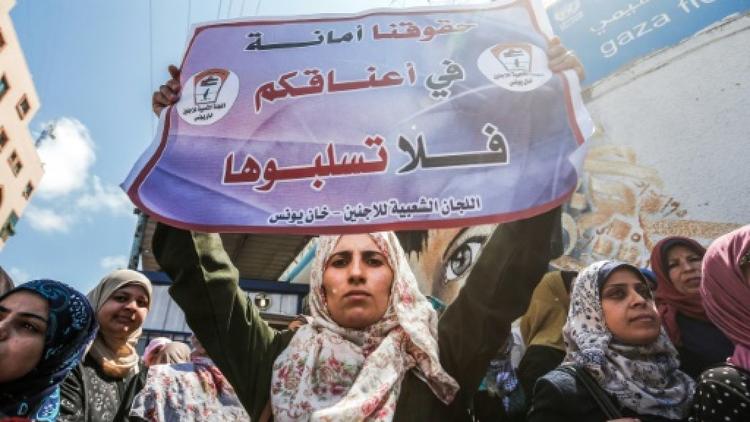 “Is it acceptable for activists to undergo arbitrary detention, torture, sexual harassment … and even enforced disappearances simply for expressing their opinions in a peaceful way,” Amnesty’s regional director for the Middle East and North Africa, Heba Morayef told a press conference in Beirut on Tuesday.

The annual report said “global indifference to human rights violations” had fuelled “atrocities and impunity” in the region in 2018.

It cited the killing of Saudi journalist Jamal Khashoggi in the kingdom’s consulate in Istanbul On October 2, saying the “case has not been followed by concrete action to ensure those responsible for his murder are brought to justice”.

It applauded “rare action” from countries like Denmark or Germany which suspended arms supplies to Riyadh, but noted that “key allies of the kingdom, including the USA, UK and France, have taken no such action”.

Amnesty also denounced Riyadh’s military intervention in Yemen, saying the Saudi-led coalition battling rebels is “responsible for war crimes” and has contributed to a “humanitarian catastrophe” in the embattled country.

And it condemned Israel’s crackdown on demonstrations in Gaza and the West Bank, which it says has killed “at least 195 Palestinians, including 41 children”.

Iran also came under fire for its repression of mass demonstrations to protest deteriorating socio-economic conditions.

The “intense crackdown on dissident voices” in a number of Arab countries is linked to the 2011 Arab uprisings, said Morayef.

“Authoritarian governments today are trying to make very, very sure that there is no political space to ever allow such an uprising to occur again”, she said.

The Amnesty report also denounced “war crimes” committed in Syria, Libya and Yemen, which have been ravaged by deadly conflicts and humanitarian catastrophes.

The rights group pointed however to some positive developments in the region which it said serve as “glimmers of hope”.

Across the Maghreb, provisions to combat violence against women have come into effect.

In Saudi Arabia, authorities lifted a driving ban on women “even as they imprisoned women human rights defenders who had campaigned for this very right,” Amnesty said.