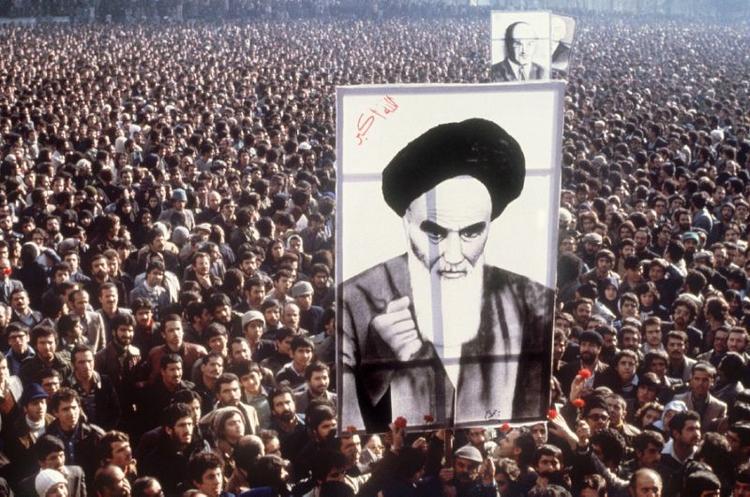 Tehran (AFP) – The victory of the Islamic Revolution in Iran was an earthquake that upended the political order in the Middle East, and the aftershocks are still being felt 40 years later.

When Shiite cleric Ayatollah Ruhollah Khomeini ousted the shah’s last government in February 1979 it was a moment that for many was completely “unthinkable, unexpected”, said Clement Therme, a researcher on Iran at the International Institute for Strategic Studies.

“The victory was an immense surprise for the Middle East and the world,” Therme told AFP.

Shah Mohammad Reza Pahlavi had been a seen as a pillar of stability and a bulwark of US influence in a region where Cold War tensions were playing out with the Soviet Union.

But the tumult of the revolution soon ended that spectacularly.

“One of the founding events for the foreign policy of the new regime was the taking hostage of American diplomats,” said Therme.

The saga at the US embassy in Tehran ran for 444 days from November 1979 and ruptured ties between Washington and its one-time regional ally.

And events in Iran did not just reverberate on the global stage: across the region it fired up political Islam that represented a major threat to monarchies and ruling elites.

“For Sunni Islamist movements and for the Shiite minorities in the region”, the message of the Iranian Revolution was “a source of inspiration”, Therme said.

According to the official narrative of the Islamic Republic, the revolution did not stop in 1979 with the overthrow of the monarchy but remains a process that is still going on.

“The Islamic Revolution has three levels in the view of the Imam (Khomeini); one is Iran, the other is the Islamic world and the last one is the world of the oppressed,” said Abdullah Ganji, managing director of ultra-conservative Javan daily.

“We did not have any plans at the beginning for the Islamic Revolution to go beyond Iran’s borders,” Ganji told AFP, drawing a distinction with Soviet military interventions abroad.

But he said the changes in Iran inspired a string of startling events in the Middle East: attacks against US embassies, protests by Shiites in Saudi Arabia and the assassination of Egyptian president Anwar Sadat in 1981.

The convulsions rattled rulers around the region and fears of Tehran were “among the reasons that led to the invasion of Iran by Iraq” in September 1980, said Therme.

The bloody conflict with Saddam Hussein’s forces ended in 1988 after hundreds of thousands of lives had been lost.

While it strengthened Islamic rule at home in Iran, it left the country cut off from most of the rest of the world.

Except for some key allies: most notably Syria and the Shiite movement Hezbollah that arose after Israel’s invasion of Lebanon in 1982.

“There was a division in the Arab world between supporters and opponents of the ‘axis of resistance’ promoted by the Islamic Republic,” said Therme.

Ganji said that after the war with Iraq, Tehran developed a “new strategy” aimed at confronting US influence around the region.

“The strategy of the Islamic Republic over the last 30 years has been preventing America from having a foothold in the Middle East,” he said.

From Syria to Yemen to Lebanon, the standoff between Washington and its allies and Tehran continues to shape events.

The US, Israel and Saudi Arabia see Iran’s hand pulling the strings in a raft of hotspots.

Tehran has helped prop up Syria’s President Bashar al-Assad during nearly eight years of civil war, is accused of aiding Shiite Huthi rebels in Yemen and maintains Hezbollah as a major threat against Israel.

Last year, the US pulled out of a landmark 2015 accord on Tehran’s nuclear programme and reimposed sanctions, citing in part Iran’s role in regional conflicts.

Conservative Iranian politician and analyst Amir Mohebbian said the West’s “massive arms sales” to Arab monarchies in the Gulf are justified because “Iran remains a danger” to US designs in the Middle East.

Analyst Therme said that “militant anti-Zionism” has been one of the constants of Iranian foreign policy since Khomeini transformed the country.

But now the current geopolitical aims of Tehran seem focused mainly on one goal, he said: “First and foremost to ensure that (the Islamic Republic) endures.”

Featured Photo: Protesters carry a giant portrait of Ayatollah Ruhollah Khomeini at a demonstration against the shah in Tehran in January 1979 (AFP Photo/-).