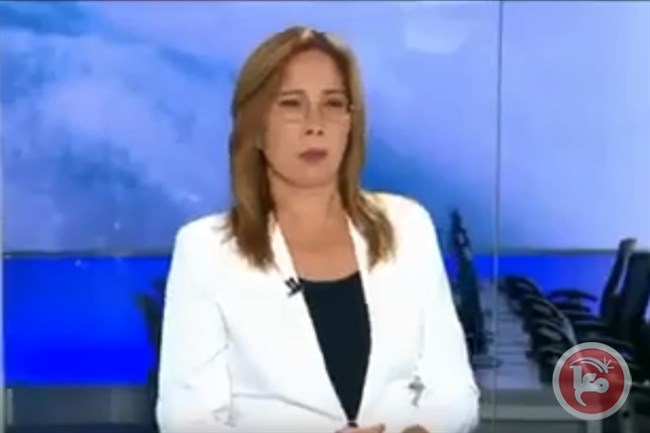 BETHLEHEM (Ma’an) — An Israeli news anchor for Channel 13 stirred controversy, over the weekend, after saying that Israel was turning soldiers into “animals” with its ongoing rule over the occupied West Bank.

Israeli news outlets reported that anchor Oshrat Kotler made her comments at the end of a news piece regarding Israeli army soldiers suspected of badly beating two bound and blindfolded Palestinian suspects following their comrades’ deaths in an attack.

The anchor said “We send children to the army, to the territories and get back animals.”

“That is the result of the occupation.”

After apparently being informed that her comment caused controversy by the end of the program, Kotler said “My own children and their friends are all combat soldiers,” she added “My criticism was aimed only at those soldiers who have been led to harm innocents by our control over the Palestinians.”

“I’m actually in favor of easing the soldiers’ punishment, because it is we who sent them into that impossible reality.”

Parents of the accused soldiers said, in a joint statement, that Kotler’s comments were “unfortunate and ugly” and “have no place in Israeli discourse, certainly not by a news anchor who should present facts and not her warped world view.”

Israeli New Right political party chief, Naftali Bennett, rebuked Kotler on Twitter, saying “Oshrat, you’re confused, IDF soldiers give their lives so that you can sleep soundly. Animals are those terrorists who murder children in their beds, a teen out for a walk or an entire family driving down the road. IDF soldiers are our children, our strength. Apologize.”

The party said it would call on Attorney General Avichai Mandelblit to launch an investigation into Kotler’s comments for libel.