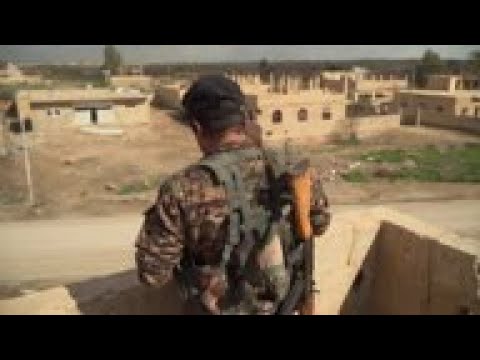 Ann Arbor (Informed Comment) – The left wing Democratic Union Party of Kurds in Northeast Syria and its paramilitary, the People’s Protection Units (YPG), warmly welcomed President Trump’s about-face and decision to keep at least 200 US troops in Syria on Friday.

A YPG militia commander said that this American step “will prevent the region from sliding into chaos and a massive confrontation.”

Acting Secretary of Defense Patrick M. Shanahan had earlier indicated that he was under orders to withdraw all US troops from Syria by April 1.

Meanwhile, the Kremlin said it was monitoring and analyzing “the contradictory statements” from Washington regarding the troop withrawal. The Russian foreign ministry expressed “lack of confidence in the statements issued by one branch of government but denied by another.”

A spokesman for the Kurdish-dominated Syrian Democratic Forces, Sihanouk Dibo, said that “That two hundred US troops will remain east of the Euphrates as peacekeeping forces is a step that will prevent the region from sliding into chaos and a massive confrontation.” He said that the decision demonstrated that the US forces were changing their mission from that of leading a counter-terrorism operation to one of peace-keeping.”

He also said that if several European countries each also send 200 troops, along with perhaps Russia itself, it would reassure Turkey that no attack on Turkish soil would be launched by the YPG Kurdish militia. He thought it might also lead to a smoother end of the war, inasmuch as Damascus will want forcibly to incorporate the region back into Syria, but will have to accept some Kurdish semi-autonomy.

Acting Secretary of Defense Shanahan and chairman of the joint chiefs of staff Joseph Dunford will meet their Turkish counterparts next week in Washington.

On another front, the Syrian Democratic Forces (the bulk of it made up of Kurdish YPG), say that thousands of civilians remain trapped in the small region where the last remnant of ISIL is hanging on.

Yesterday morning, 30 transport trucks full of men and women and children from the last ISIL pocket in the environs of Deir al-Zor headed for territory controlled by the Syrian Democratic Forces.

AP: “SDF fighters close in on last IS territory”