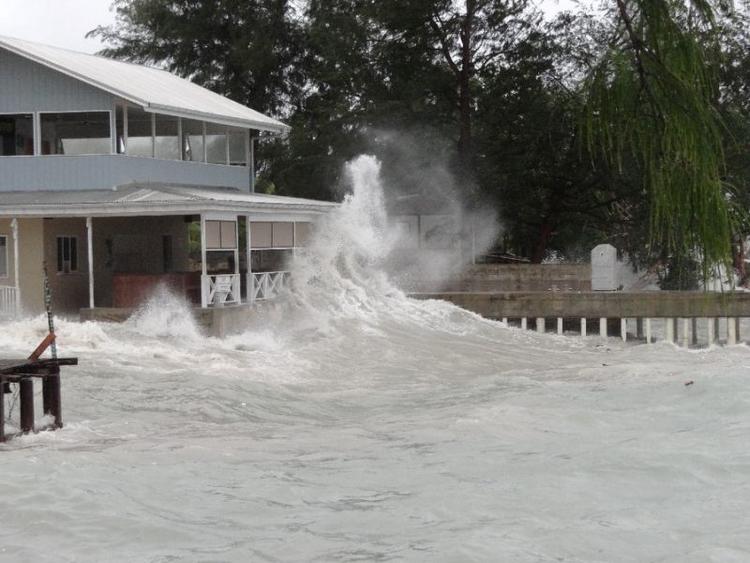 Plans are underway for national talks on which of the 1,156 islands, scattered over 29 coral atolls, can be elevated in a dramatic intervention to ensure safety on the islands.

“Raising our islands is a daunting task but one that must be done,” Heine said in an interview with the Marshall Islands Journal published Friday.

“We need the political will, and especially traditional leaders’ commitment, to see this through.

“We must come together as a nation as this is about our survival as a nation, as a people and as a culture.”

A “climate crisis” policy document prepared by the office of the chief secretary painted a bleak outlook for the Pacific Ocean archipelago with a population of 55,000.

It cited an increasing frequency of “inundation events, severe droughts, coral bleaching events, and… looking forward, there is very good reason to believe that conditions and prospects for survival will only worsen.”

Most of the islands are less than two metres (6.5 feet) above sea level and the government believes physically raising the islands was the only way to save the Marshall Islands from extinction.

They have not yet outlined specifics of how this would be achieved expect to have plans formulated by the end of the year.

In the meantime, they are keeping a close watch on the ambitious City of Hope project on an artificial island in the Maldives as a viable option.

To lay the foundations of the city — which is expected to accommodate 130,000 people when completed in 2023 — sand is being pumped onto reefs from surrounding atolls and it is being fortified with walls three metres above sea level, which will make it higher than the tallest natural island in the Maldives.

“Whatever approach is selected, it will involve selecting islands to raise, add to, or build upon” Heine said.

“All Marshallese stakeholders, but especially traditional landowners, need to be at the forefront of this discussion if we are ever going to move the conversation forward.”

The Marshall Islands also aims to increase engagement with the three other all-atoll nations — Kiribati, Tuvalu and the Maldives — on climate issues.

“As a group, the atoll nations need to come together to formulate their unique concerns and develop their positions and plans and identify financial needs related to climate impacts,” said Heine, who chairs the Coalition of Atoll Nations Against Climate Change.

Featured Photo: “Plans are underway for national talks on which of the 1,156 islands can be elevated in a dramatic intervention (AFP Photo/GIFF JOHNSON).”