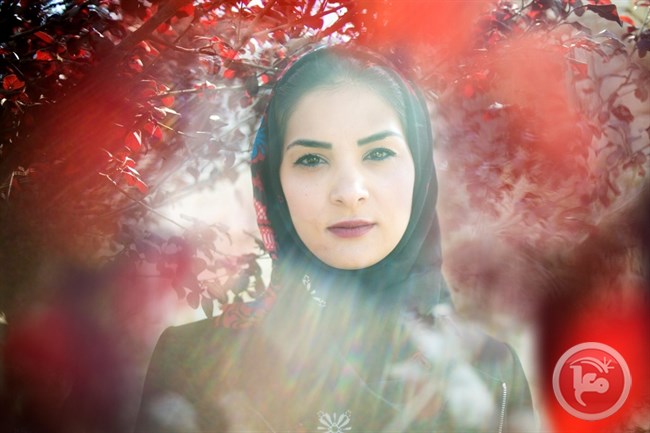 (Ma’an News Agency) – Meet Amani, 26, who works at the Women’s Center for Legal Aid and Counseling, Amani’s days are very full; she is pictured below picking up her two sons Hussam, 7, and Muhannad, 5, from school.

For Amani, being a Human Rights Defender means caring for others, “even if their needs don’t affect you.”

“A while ago, I was driving and I saw a guy hitting the car behind him. He just got out of the car and walked away! So I parked in the middle of the street – there was a lot of traffic – and I followed him. I told him ‘I saw what you just did, you hit the car and you just ignored it.’ He asked, ‘is it your car?’ I said ‘no, but it could be my car.’ He said that it is not my business, so I called the police and showed them where he hit the car. To say it is not my car is ridiculous, it could be my car. This mentality of ‘I don’t care’ should end soon; otherwise we will not have any freedom or any progress in life. We should care about each other.”

Amani is from the Arura village in the central occupied West Bank; her work is in Ramallah City, so every day – she drives one hour each way; Amani says that she doesn’t mind because the drive is so beautiful. 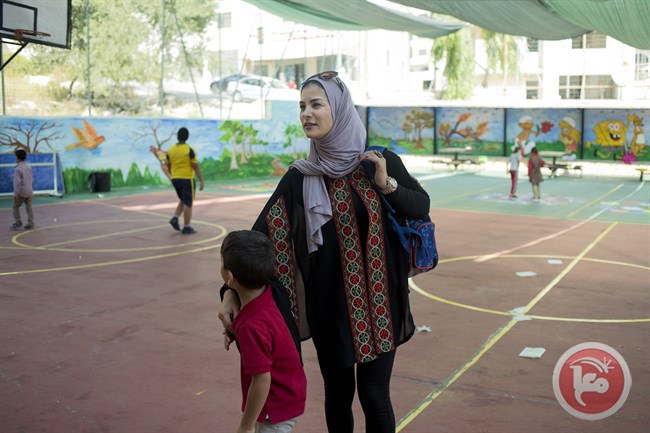 An Israeli checkpoint on the way to Arura; during times of clashes, Israeli forces could seal off the village for days.

On the way home, Hussam and Muhannad, Amani’s children fell asleep; she carries them to their house in Arura.

“I do not want my children to feel that it is the end of life that we are under occupation and do not have freedom of movement. They should see this as a challenge for them, a challenge to proof that if someone has a dream nothing can stop him or her. There are so many people living with high standers of living, but they do not have goals for their lives. But living under tough circumstances makes people special, it serves as an opportunity.

Amani outside of her high school in Arura; her parents arranged her marriage when she was only 17 years old. Yet, she had the highest score in her year for the Tawjihi (high-school exam) and was granted a scholarship for university, she was already pregnant when she enrolled. She completed her Bachelor degree in Business Economics with distinction. 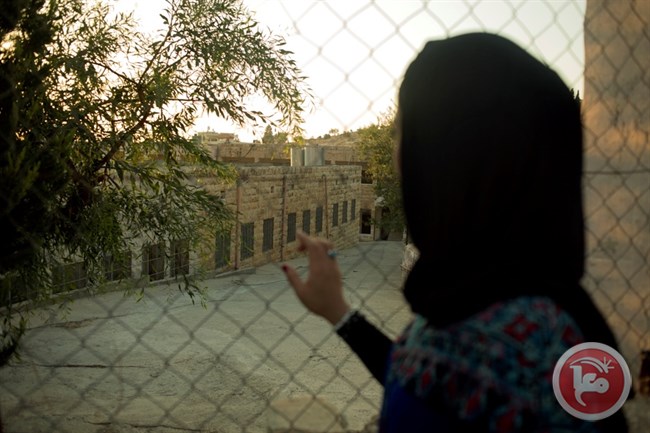 “When I went to the ‘Sharia Court’ to get my marriage contract, the Judge asked if I want to include any conditions. I told him I want to have my university education as a condition in the contract. I remember everyone looked at me saying ‘you are rude, how dare you say this in front of everyone, this should not be mentioned in a marriage contract.’ Then I said ‘NO, it is my right to include any condition I want.’ My family was against it because it was against culture and traditions, it is usually just an oral agreement. I remember the Judge told me ‘you are a smart girl, you are still young, but aware of your rights.'”

“I didn’t know what marriage is, all I thought about is to play in the backyard, to study, to dream about university and what I will be when I finish. I was a child at that time, and it sounds unfair to me to be responsible for a family while I am still a child myself.”

“I remember at first, when I got married, I heard the sentence ‘you should not behave like this’ almost every day. ‘Now you are a woman not a young girl, you should not keep jumping or laughing, you should be more responsible, you should behave differently with people, you should stay at home.’ I did not understand why they were telling me this, how to behave and how to play.”

Together with her colleagues at the Women’s Center for Legal Aid and Counseling, Amani led a campaign to abolish a provision that is implemented in Palestine. The law stated that rapists could not be punished if they married their victims. This candle, a wedding dress with a black ribbon, was part of the Woman’s Centers campaign.

“I would like all women to know that they always have the choice. It is true that there was a time when I did not have the power or the strength to choose, but at some point of your life sooner or later you will have the power and strength to say no and to choose how you want your life to be like. “

At the age of 23, Amani decided to divorce. For a long time, her family struggled with this decision, but she was able to convince them that she has made the right choice. 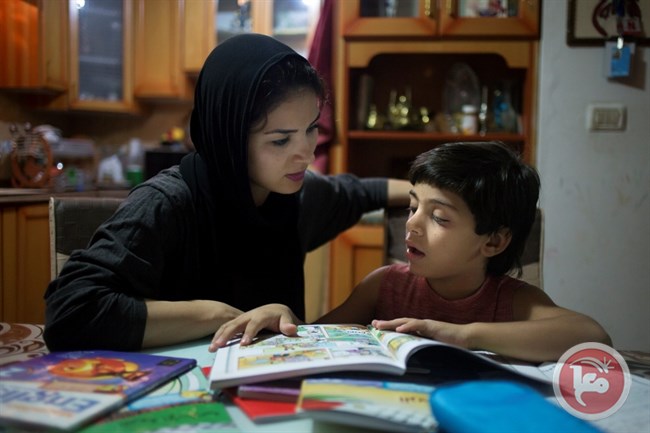 Amani’s Grandmother: “When we found out that Amani will divorce we were sad. Some people said bad things about you, Amani, but you proved the opposite. That it wasn’t your mistake. Now I support your decision to ask for divorce. She chose the best for herself, she is working now and having fun while travelling and she is raising and educating her children all by herself.”

Amani: “What do you say when people in the village complain about my work and my travels?”

Grandmother: “I say that education for women is like a weapon which will protect her for the future.”

“I changed my family’s attitude about what it means to be a single mother and to live alone. Now they understand my work, my travels and the fact that this is my own life and I have the right to have fun!”

10.00 p.m.: Amani helps Hussam with his homework. Beside her full time jobs, her two kids and the daily housework she is a member of her village’s local council and regularly participates in international conferences on youth and women’s rights

“When I am on a vacation and people ask me where I am from. I tell them ‘Palestine and they ask ‘Pakistan?’ It really upsets me, so I like to raise awareness of what it means to be a Palestinian woman. I hate the idea that most Palestinian women are treated like victims and as weak creatures. People, especially in the Western have a stereotype of Palestinian women as close minded, refusing to change, very conservative and sometimes extremist. So when I meet people from other countries, they are surprised. They do not imagine that we shake hands with men and are educated. But if we look at the statistics we find that the literacy rate is more than among women. Women are working too hard to gain their rights, and they are achieving a lot.”

“When I got divorced, I had to give up all my rights, otherwise I would not be able to do it. That is why when I give training and awareness-raising sessions to women, I emphasize the importance of documenting their rights. In the Palestinian culture It is something shameful to document or to separate ownership between wife and husband. In case of divorce, women economic rights are often violated. Women are always being treated like followers who depend on men, even though they work hard, outside and inside home.” 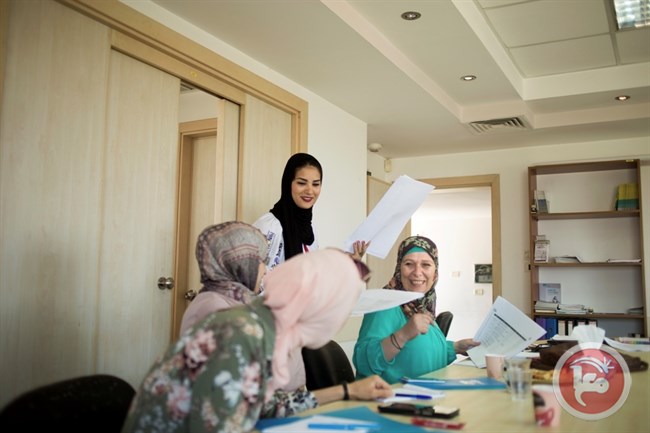