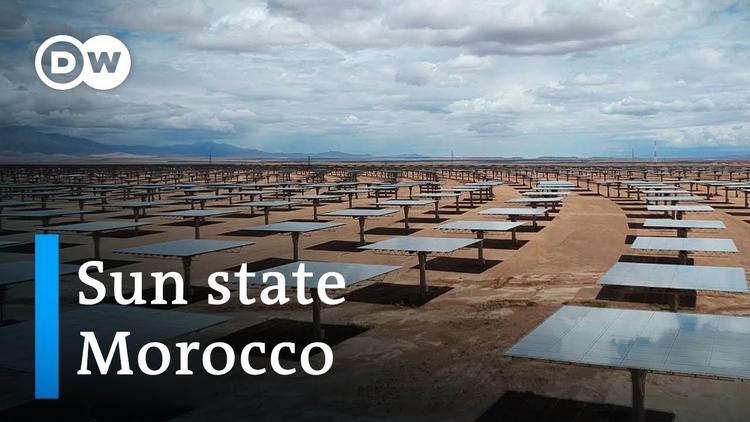 Ann Arbor (Informed Comment) – Morocco produced 35% of its electricity last year from wind, solar, and hydroelectric sources, putting it on track to its goal of getting 42% from green sources by 2020. It had a further goal of 52% renewables by 2030, but now hopes to go even faster. In contrast, the US only gets about 20% of its electricity from renewables and has no plan to phase out coal, the most polluting of the fossil fuels.

Although most people think of oil when they hear the phrase “Middle East,” they’d be wrong. Many Middle Eastern countries have little or no fossil fuel deposits. Morocco is one of those resource-poor countries and it has to spend its limited monetary resources to import hydrocarbons like oil and natural gas. So indigenous, free, sources of power such as solar, wind and hydro are worth gold to Morocco.

Morocco is a country of some 35 million. Its Tangiers Renault auto factory makes cars for the export market to Africa and elsewhere, and has been so successful that Morocco is no longer technically a third world country (i.e. does not mainly depend on exporting primary materials and farm crops). With its inexpensive labor, Morocco offers investment opportunities.

The Moroccan government has been deliberately building up renewables, starting from a low base in 2010. It put in big concentrating solar installations in Ouarzazat down near the Sahara Desert (if you’ve seen HBO’s ‘Game of Thrones’ you’ve seen Ouarzazat). It is building wind farms along the long Atlantic coastline. And it has substantial hydro-electric power, which it is expanding.

Just one of the concentrated solar installations at Ouarzazat generates over 500 megawatts, the name plate equivalent of half of a small nuclear plant, and there are three of them now. The two most recently built are each among the largest solar farms in the world.

More solar farms are planned, along with several wind farms of some 200 megawatts each, which are beginning to cooperate with one another.

The planned Noor-Midelt I and II solar PV installations will be able to generate about 800 megawatts a year. In Morocco, with its abundant sunshine and modest average home, a megawatt can probably power about 800 households.

What is remarkable is that a person from a centuries-old line of monarchs in Morocco is taking his country rapidly toward green energy, even at the risk of offending Saudi Arabia and other Gulf Oil states.

And what is sad is that on green energy, the leadership of Morocco is more on the ball than that of the United States.