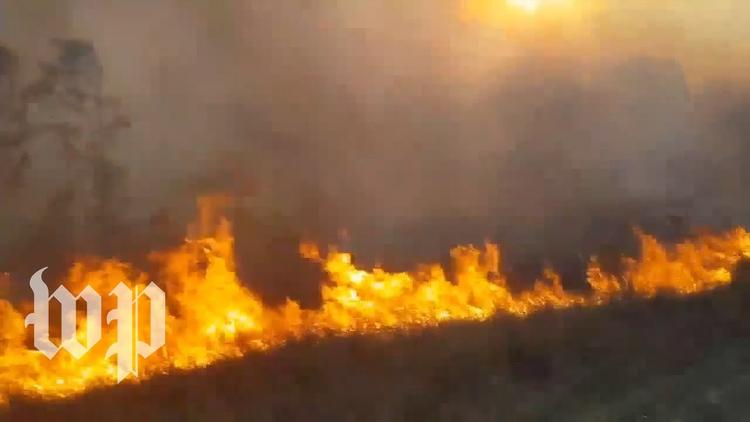 Many parts of Australia have suffered a run of severe and, in some cases, unprecedented weather events this summer. One common feature of many of these events – including the Tasmanian heatwave and the devastating Townsville floods – was that they were caused by weather systems that parked themselves in one place for days or weeks on end.

It all began with a blocking high – so-called because it blocks the progress of other nearby weather systems – in the Tasman Sea throughout January and early February.

Meanwhile, to the north, an intense monsoon low sat stationary over northwest Queensland for 10 days. It was fed on its northeastern flank by extremely saturated northwesterly winds from Indonesia, which converged over the greater northeast Queensland area with strong moist trade winds from the Coral Sea, forming a “convergence zone”.

Ironically, these trade winds originated from the northern flank of the blocking high in the Tasman, deluging Queensland while leaving the island state parched.

Convergence zones along the monsoon trough are not uncommon during the wet season, from December to March. But it is extremely rare for a stationary convergence zone to persist for more than a week.

Could this pattern conceivably be linked to global climate change? Are we witnessing a slowing of our weather systems as well as more extreme weather?

There does seem to be a plausible link between human-induced warming, slowing of jet streams, blocking highs, and extreme weather around the world. The recent Tasman Sea blocking high can be added to that list, along with other blocking highs that caused unprecedented wildfires in California and an extreme heatwave in Europe last year.

Climate change is expected to weaken the world’s circulatory winds due to greater warming in high latitudes compared with the tropics, causing a slowing of the speed at which tropical cyclones move forward.

Obviously, if tropical cyclones are moving more slowly, this can leave particular regions bearing the brunt of the rainfall. In 2017, Houston and surrounding parts of Texas received unprecedented rainfall associated with the “stalling” of Hurricane Harvey.

Townsville’s floods echoed this pattern. Near the centre of the deep monsoon low, highly saturated warm air was forced to rise due to colliding winds, delivering more than a year’s worth of rainfall to parts of northwest Queensland in just a week.

The widespread rain has caused significant rises in many of the rivers that feed into the Gulf of Carpentaria and the Great Barrier Reef lagoon, and some runoff has made it into the Channel Country and will eventually reach Lake Eyre in South Australia. Unfortunately, little runoff has found its way into the upper reaches of the Darling River system.

The social, economic and environmental impacts of Australia’s recent slow-moving weather disasters have been huge. Catastrophic fires invaded ancient temperate rainforests in Tasmania, while Townsville’s unprecedented flooding has caused damage worth more than A$600 million and delivered a A$1 billion hit to cattle farmers in surrounding areas.

Townsville’s Ross River, which flows through suburbs downstream from the Ross River Dam, has reached a 1-in-500-year flood level. Some tributaries of the dam witnessed phenomenal amounts of runoff, reliably considered as a 1-in-2,000-year event

Up to half a million cattle are estimated to have died across the area, a consequence of their poor condition after years of drought, combined with prolonged exposure to water and wind during the rain event.

Farther afield, both Norfolk Island and Lord Howe Island – located under the clear skies associated with the blocking high – have recorded exceptionally low rainfall so far this year, worsening the drought conditions caused by a very dry 2018. These normally lush subtropical islands in the Tasman Sea are struggling to find enough water to supply their residents’ and tourists’ demands.

Many parts of Australia have tolerated widespread extreme weather events this year, including some records. This follows a warm and generally dry 2018. In fact, 9 of the 10 warmest years on record in Australia have occurred since 2005, with only 1998 remaining from last century with reliable records extending back to 1910. Steady warming of our atmosphere and oceans is directly linked to more extreme weather events in Australia and globally.

If those extreme weather events travel more slowly across the landscape, their effects on individual regions could be more devastating still.