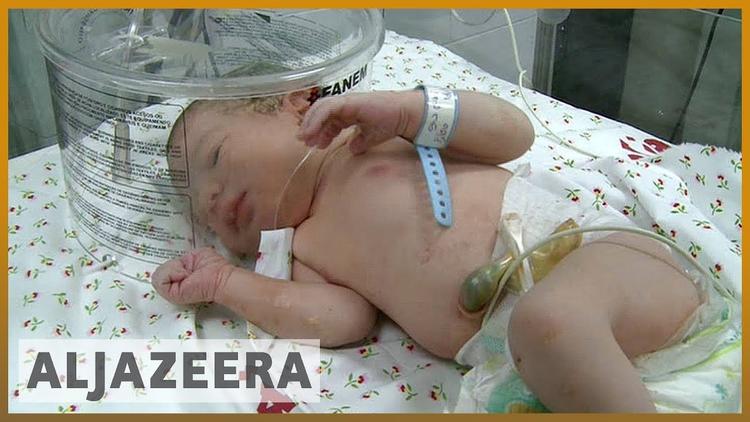 A group of eminent medical and health professionals has drawn attention to the devastating situation in the hospitals across the Gaza Strip. In a letter to the British Medical Journal, Derek A Summerfield et al referred to the fact that last August they published a rapid response at bmj.com to publicise “the cumulatively devastating effects upon Gaza’s health system of 12 years of Israeli blockade and the strategy of de-development and impoverishment of Gazan society.” Israeli restrictions, they pointed out at the time, have produced chronic shortages of almost all essential medicines and hospital equipment, of fuel to run hospital generators, the cancellation of all elective surgery (affecting more than 6000 people), hospital closures, and many doctors and staff on reduced or no pay.

“Since last March,” they have now pointed out, “Israeli snipers have been firing military grade ammunition and maiming bullets at the border at unarmed demonstrators, killing 257 to date.” Indeed, this week BBC Radio 4 quoted the UN confirming that more than 23,000 Palestinians have been wounded.

Médecins Sans Frontières, the group explained, estimates that “…a massive 3,520 people will need further surgery…” far beyond the grossly depleted resources available. As the shooting on the nominal border continues, one person was killed on Friday 25 January, and 153 were injured, including 34 children, 5 women, 1 journalist, and 5 paramedics on duty. “Since March 2018, three clearly marked medics have been shot dead on duty, 580 have been wounded and 94 ambulances have been damaged.” (as reported by The New York Times, B’Tselem, and Mezan) The targeting of health workers, they stressed to the BMJ, is itself a war crime.

“We write again now at a point when Gaza’s hospitals are in particular peril of total shutdown because of lack of electricity or fuel to run generators.” To keep up the pressure of the siege, they noted, Israel rations the entry of fuel into Gaza, including imposing conditions on donors like Qatar. “One of the hospitals that nearly shut last week was Al-Nasr Children’s Hospital, which currently has 8 children in intensive care, 30 premature babies in the nursery, 100 other child in-patients, and 250 children attending the emergency department.”

They gave details of other hospitals suffering from the chronic shortages of medicines, medical disposables and fuel in the Gaza Strip: “Al-Rantisi Children’s Hospital has 45 children with renal failure, 4 children in intensive care, 10 child in-patients with cancer, 70 others needing chemotherapy, 10 children with chronic lung disease, 5 with heart disease, and 10 with other diseases.” In a third hospital, Al-Najjar, which serves 263,000 people, there are 65 beds, including 23 for children. “It has 93 patients in renal failure, should provide key laboratory services, and sees hundreds of cases in its emergency department every day.” A fourth, the Eye Hospital, sees 2,500 cases and performs 250 surgical procedures monthly, including glaucoma, cataract and retinal surgery. “Around 1,250 patients with diabetic retinopathy, glaucoma and chronic corneal conditions are threatened by loss of sight if services stop. Also living hand to mouth is the psychiatric hospital, which currently has 29 in-patients.”

The group of medical and health professionals described this as a “grotesque situation” and “a violation of the Fourth Geneva Convention” that guarantees unfettered access to medical facilities for conflict-affected populations. “This is an intended element of the siege, and persists because no one with political clout challenges Israeli impunity. A UN General Assembly resolution last year has been simply ignored. And no sanctions have been requested yet.”

In closing, Mr Summerfield and the other signatories said that the Palestinians in Gaza are turning to the solidarity of the international community and to the UN for the lifting of the siege and for justice. “How much longer should they have to wait?” they asked.