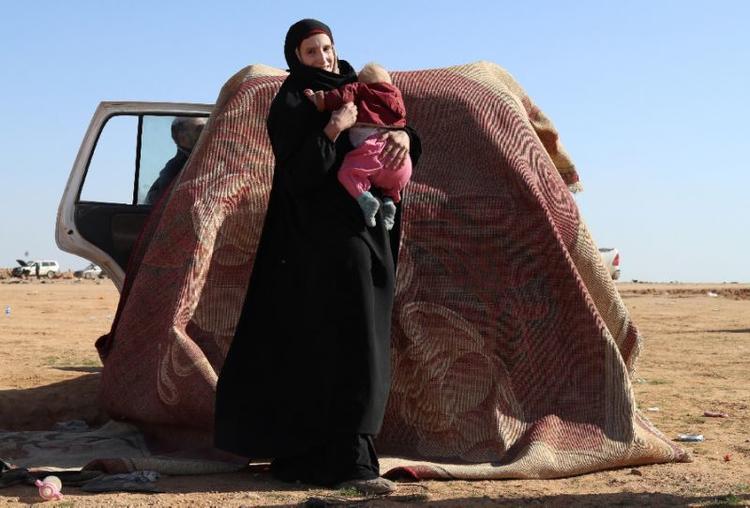 by Francis Curta with Dmitry Zaks in London | –

Paris (AFP) – European officials on Monday gave a cold shoulder to a call by US President Donald Trump to take back citizens captured in the fight against Islamic State jihadists in Syria for prosecution back home.

Concerns rose about the fate of European nationals now being held by Kurdish forces after Trump shocked his coalition allies in December by announcing the withdrawal of American troops from Syria.

Officials worry the Kurds will no longer be able to ensure the captives’ detention, especially if their longtime foe Turkey mounted an assault on Kurdish fighters to keep them from establishing control in Syrian cities.

Trump tweeted on Sunday that Washington was “asking Britain, France, Germany and other European allies to take back over 800 ISIS fighters that we captured in Syria and put them on trial”.

But EU nations say any captured fighters and their family members should be prosecuted for alleged crimes where they occurred.

That would mean in Syria or Iraq, now that coalition forces are wresting the last pockets of Syrian territory from IS control.

In London, Prime Minister Theresa May’s spokesman said the IS foreign fighters should be tried where they are captured.

“Foreign fighters should be brought to justice in accordance with due legal process in the most appropriate jurisdiction,” the spokesman said.

“Where possible, this should be in the region where the crimes had been committed,” he added.

In Berlin, Foreign Minister Heiko Maas told ARD television it would be “extremely difficult” to organise the fighters’ repatriation and eventual prosecution.

A return could be possible only if “we can guarantee that these people can be immediately sent here to appear in court and that they will be detained,” he said.

In France, which accounts for the largest number of European jihadists in Syria, Justice Minister Nicole Belloubet said the government would stick to its current policy of dealing with fighters on a case-by-case basis.

Speaking on France 2 television, she acknowledged that the withdrawal of US troops from Syria would bring about a “new geopolitical situation… but at this stage we’re not changing our policy”.

France has long refused to take back fighters and their wives, of whom 150 are thought to be in Syria, with Foreign Minister Jean-Yves Le Drian referring to them as “enemies” of the nation.

But the US allies have been grappling for weeks with what to do with foreign fighters detained in the war-ravaged country by the Kurdish-led Syrian Democratic Forces, which have led the battle on the ground against the jihadists.

The Kurds have warned the West that they lack the resources to ensure the foreign jihadists in their jails don’t escape, and have urged their home countries to take them back.

Last week Shamima Begum, a London school girl who joined IS in 2015, resurfaced in a Syrian refugee camp, saying she wanted to return to raise a baby she gave birth to while abroad.

UK security officials said they could not block Begum’s return since she had never been convicted of any crimes, but they did not rule out prosecuting her upon her arrival.

In Belgium, a judge on Wednesday ordered officials to organise the return of six Belgian children and their mothers from a Syrian refugee camp overseen by Kurdish forces.

The children, aged six or under, were born to suspected jihadist fighters and Brussels had resisted calls for their repatriation.

Belgian Foreign Minister Didier Reynders told reporters his government had always intended to bring back children under 10 whenever possible, while others would be dealt with on a “case by case” basis.

European Union foreign affairs chief Federica Mogherini ruled out any EU involvement in the disputes, saying they are a matter for national governments.