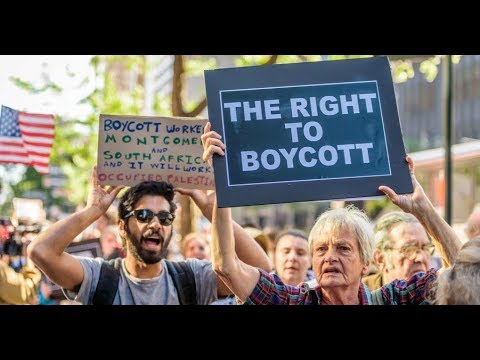 Last month, leading Israeli journalist Tal Schneider told a teleconference hosted by Americans for Peace Now that the issue of the occupation and Palestinian rights has almost vanished from the Israeli political conversation. In previous years, it loomed heavy over nearly every election campaign.

The shift in Israeli politics has had a direct impact on America, where the issue of Palestinian rights, the occupation and peace based on compromise — the “two-state solution” — has also been marginalised or framed merely as an aspect of alleged anti-Semitism, or even the action against the BDS (Boycott, Divestment, Sanctions) movement.

This week, Bernie Sanders announced that he would again seek the Democratic Party nomination for President in 2020, and that announcement alone ensures that the issue of Palestine will return to centre stage. The question is, are Palestinian activists prepared or even capable of exploiting that eminent refocus to turn it into gain?

The US Senator from Vermont is Jewish and was pushed out of the Democratic primary contest for President in 2016 in an orchestrated Party takeover led by rival Hillary Clinton with the support of the Democratic National Committee. Many of Donald Trump’s supporters at the time were independents and even conservative Democrats who back Sanders, and were angry with the way in which Clinton manipulated the election to cripple the Senator’s candidacy.

The animosity of that internal party battle clouded issues like Palestine and contributed to the rise of businessman and non-politician Trump who defeated Clinton easily despite nearly every media poll predicting otherwise.

I’m not sure that Sanders can win the Democratic Primary nomination for President in the 2020 election cycle. However, I am sure that his candidacy will ensure that the issue of Palestine and peace with Israel will resurface as a major theme and play a central role in the presidential campaign.

Although Sanders did not reference Palestine or Israel in his announcement speech, he has always viewed the resolution of the conflict as essential for stabilising the Middle East. In contrast, Israel and most American politicians have argued that regional stabilisation has more to do with confronting Iran – a non-Middle Eastern nation – and defeating Daesh terrorism in Syria, Iraq and Yemen.

Sanders has become one of the strongest critics of Israeli government policy, reflecting a debate that continues to grow and has engulfed Israel’s influential Jewish American constituency. He was one of the first American presidential candidates to make the issue of Palestinian suffering a cornerstone of his platform, acknowledging the “Nakba” during a speech at the 2017 convention of J Street, the moderate pro-Israel American peace movement.

A Sanders candidacy will give momentum to the so far ineffective efforts of pro-Palestinian activists who have been waging an unsuccessful war to block a wave of legislation intended to criminalise the BDS movement. So far, 27 states have adopted laws punishing advocates of a boycott of Israel, although two states have been stymied by federal injunctions in Arizona and Kansas.

Nevertheless, the anti-BDS movement has been growing in strength, and is now the focus of a national law that was approved by the US Senate but faces an uncertain future in the House. Sanders rightly described the Senate anti-BDS bill as “absurd” and was one of only 23 Senators who voted against the law; it went on to receive 77 votes in favour, with support from nearly every Republican and half of the Democrats. Clearly, the fight against Palestinian rights isn’t just being led by Trump and the Republicans.

One of Sanders’ first moves after Clinton was defeated by Trump in November 2016 was to hire Matt Duss as his foreign policy advisor. In addition to having pushed the US Congress to withdraw support for Saudi Arabia’s war in Yemen, Duss has been an outspoken critic of the extremist policies of the government of Israeli Prime Minister Benjamin Netanyahu. That is going to be important in the coming year, especially if predictions are accurate and Netanyahu is pushed out of office in the Israeli General Election in April.

Sanders’ entrance into the presidential election race will also provide political cover for newly-elected Congresswomen Ihlan Omar of Minnesota and Rashida Tlaib of Michigan. Omar and Tlaib have come under intense pressure because of legitimate criticism of the influence of pro-Israel PACs (Political Action Committees) in the election process. It was so intense that Omar was forced to apologise for allegedly being “anti-Semitic” when she tweeted “It’s all about the Benjamins, baby” in response to a question about how much time US politicians spend defending Israel “even if it means attacking free speech rights of Americans”. “Benjamins” is a term for the One Hundred Dollar Bill, which feature Benjamin Franklin’s picture.

Although Sanders will have far more leeway to augment legitimate criticism of Israeli policies and pro-Israel influence because he is Jewish American, he was one of the few US presidential contenders who was denied an opportunity by Israel’s main lobby group AIPAC (American Israel Public Affairs Committee) to address its convention in 2016.

Without Sanders’ candidacy in the upcoming election, the issue of justice for Palestinians, peace based on compromise between Israel and Palestine, and issues such as lobbying, campaign contributions and BDS might be absent from the debate. With the Vermont Senator in the fray, though, you can be sure that all of these and more will be front and centre in the campaign. Such open public debate is essential to achieving Palestinian rights.