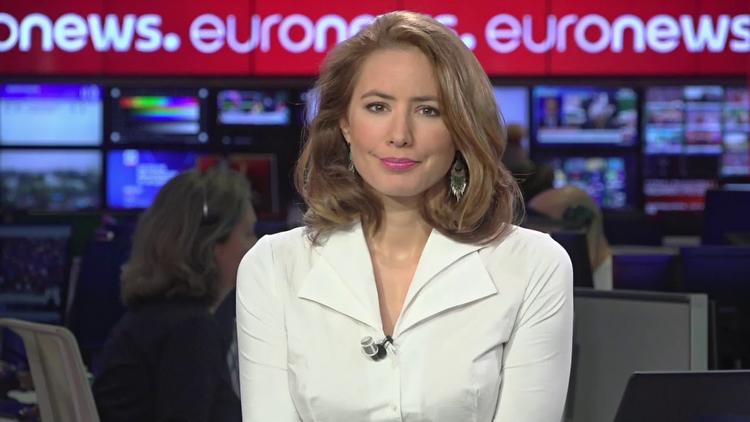 (Informed Comment) – Hope and US Aid at the Border: the title of a recent New York Times video deodorizes the US attempt to overthrow President Maduro of socialist Venezuela and replace him with a hand-picked member of the Venezuelan elite, capitalist class.

As the major media presents it, the US is altruistically rushing to feed a people in economic crisis. And, of course, our government knows what is best for the Venezuelan people (just as we did for Afghani, Iraqi and Vietnamese peoples). Yet, photos of mass rallies reveal that millions of darker-skinned – indigenous and mixed-race Venezuelans, of poorer classes support their elected president, while smaller number of white descendants of early Spanish colonizers back the US-selected and designated new president, a legislator named Juan Guiado. Our troops and aid anywhere near Venezuela smell like regime change.

How to make sense of this?

First, let’s acknowledge a major contradiction at the heart of our Trojan horse of “humanitarian aid” at the Venezuelan border. Trump has fixated on pulling the US out of UN treaties, UN agencies, maybe NATO, Syria and Afghanistan, with the mantra that we need to stop fixing the world. Why then stir up a new conflict in South America? If we want to give aid, give it through the Red Cross, already in Venezuela.

Second, what menace is Venezuela to us? None at all, but as with Cuba, the US government is struck apoplectic by socialism, as if it is a threat to our national security. Well maybe it is, if we consider national security in its truest sense of human well-being and security. Venezuela, like Cuba and the social democrat countries of Europe, dramatically lowered child poverty, infant mortality, illiteracy, and homelessness when compared to the wealthier US. Here youth poverty, infant mortality, incarceration, income inequality and obesity are highest of all the developed countries.

Further, if the Trump administration cares so about the looming economic crisis in Venezuela and the growing need for food and medications, why have they assisted Saudi Arabia in its war on Yemen, which has generated the worst humanitarian crisis in the world. Why have they left Puerto Rico to wither and waste away from the devastation of Hurricane Maria? Why have they callously separated migrant children fleeing violence in Central American from their parents? And why has our government compounded its crushing economic sanctions on Venezuela, while offering crumbs in humanitarian aid.

Finally, it’s not possible to dissociate our intrusion into Venezuelan politics from oil, given that country has the largest proven oil reserves in the world. Have we learned nothing from our war in Iraq and the CIA-induced overthrow in 1953 of the democratically elected prime minister Mohammad Mosaddeq, after he nationalized Iran’s oil?

The arc of U.S. militarism across the 20th century and into the 21st is neither moral nor does it bend toward justice. At each end of this ongoing arc, the words of two military veterans of U.S. foreign wars distill and corroborate the US history of imperial reach. Brigadier General Smedley Butler, born in 1881, began his career as a teenage Marine combat soldier assigned to Cuba and Puerto Rico during the US invasion of those islands. He fought next in the US war in the Philippines, ostensibly against Spanish imperialism but ultimately against the Philippine revolution for independence. He gained the highest rank and a host of medals during subsequent US occupations and military interventions in Central America and the Caribbean, popularly known as the Banana Wars.

As Butler confessed in his iconoclastic book War Is a Racket, he was “a bully boy for American corporations,” making countries safe for U.S. capitalism. More an isolationist than anti-war, he nonetheless nailed the war profiteers – racketeers, in his unsparing lexicon – for the blood on their hands. War is the oldest, most profitable racket, he wrote – one in which billions of dollars are made for millions of lives destroyed.

Making the world “safe for democracy” was, at its core, making the world safe for war profits. Of diplomacy Butler wrote, “The State Department…is always talking about peace but thinking about war.” He proposed an “Amendment for Peace”: In essence, keep military (Army, Navy, Air Force) on the continental U.S. for purpose of defense against military invasions here.

In the 21st century, Major Danny Sjursen, who served tours with reconnaissance units in Iraq and Afghanistan, proposes that the Department of Defense should be renamed the Department of Offense. His reasons: American troops are deployed in 70 percent of the world’s countries; American pilots are currently bombing 7 countries; and the U.S., alone among nations, has divided the six inhabited continents into six military commands. Our military operations exceed U.S. national interests and are “unmoored” from reasoned strategy and our society’s needs, he concludes.

The enlightenment of another Iraq and Afghanistan veteran, Kevin Tillman, pierces the benighted world of Washington. “As one of the soldiers who illegally invaded Iraq…I know an illegal coup/invasion when I see one…if Venezuelans believe [their president] Maduro has mismanaged the nation’s most valuable asset [oil], it is their right to seek change, but this is not a right enjoyed by Donald Trump, Nancy Pelosi or Elliot Abrams.”

Euronews: “US refuses to rule out military action to oust Venezuela’s Maduro”