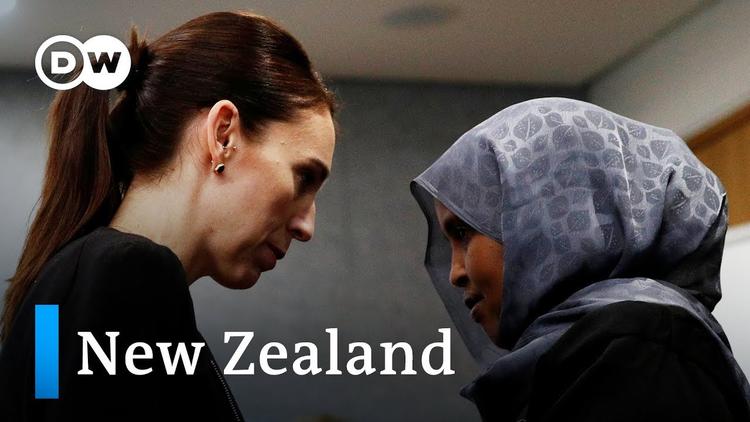 When I woke up to the news that 50 people had been killed and at least 20 wounded in shootings at two mosques in Christchurch, I couldn’t help but reflect upon the words of those who refuse to accept that Islamophobia exists. In the UK, the columnist Melanie Phillips has argued that Islamophobia is a fiction used to shut down debate. Douglas Murray called it the Islamophobia “problem”, arguing that it was created by fascists.

Islamophobia is the fear, prejudice and hatred of Muslims and people perceived to be Muslim that leads to provocation, hostility and intolerance. A working definition, published in late 2018 by a group of British MPs, defined it as:

Islamophobia is rooted in racism and is a type of racism that targets expressions of Muslimness or perceived Muslimness.

It is motivated by institutional, ideological, political and religious hostility, and can merge with racism to target the symbols and markers of a being a Muslim.

I’ve been researching Islamophobia for more than a decade and found it has a devastating effect on victims, their families and wider communities. Such hatred is very real, and it has become globalised.

A string of attacks targeting Muslims

The past few years have seen a number of deadly Islamophobic attacks in Europe and North America. In 2015, Zack Davies was sentenced for life after he attacked Sarandev Bhambra with a claw hammer and a 30cm-long machete at a supermarket in Wales. A witness told the court that during the attack Davies had said it was for Lee Rigby – the soldier murdered by Islamist extremists in south-east London in 2013.

In 2017, Jeremy Joseph Christian became enraged when he saw a young Muslim woman wearing a hijab on a commuter train in the US. He began verbally abusing her and used a knife to kill two passengers who tried to intervene. Christian defended the killings in a courtroom rant that included the following: “Death to the enemies of America. Leave this country if you hate our freedom,” he said. “You call it terrorism, I call it patriotism.”

The same year, Darren Osborne carried out a van attack against Muslim worshippers in Finsbury Park in London. At his trial, it was revealed he had previously threatened to kill all Muslims and had searched for material posted online by both far-right group Britain First and the far-right activist known as Tommy Robinson. In court, it was reported that Osborne had received a group email from Robinson in reference to the recent Manchester arena attack, which read: “There is a nation within a nation forming just beneath the surface of the UK. It is a nation built on hatred, violence and on Islam.”

In the UK, extreme right-wing activity jumped by 36% in 2017-18, according to data from Prevent, the country’s terrorism-prevention programme. Statistics released by the Home Office showed more than half of religiously motivated attacks in 2017-18 were directed at Muslims.

In the US, between January and September 2017, the Council for American-Muslim Relations recorded 1,656 so-called “bias incidents” and 195 hate crimes, an increase in both cases on the previous year. The council suggested president Donald Trump’s “toxic campaign rhetoric” towards Muslims was a contributing factor.

Trump has singled Muslims out as a suspect community. In his campaign for the presidency, he proposed a total and complete shutdown of Muslims entering the US. Despite concerns raised about these statements, the US Supreme Court ruled in mid-2018 that a Trump administration travel ban aimed predominantly at people from Muslim-majority countries could come into full effect.

In the wake of the Christchurch attacks, security services are investigating whether the man charged with the attack had links to far-right groups in Europe. Details have begun to emerge of how the manifesto he published was influenced by the far-right ideology of Anders Behring Breivik, who murdered 77 people in Norway in 2011, and carried passages which praised Trump as a “symbol of white identity”.

The view that all Muslims are dangerous and not part of society – amplified by politicians such as Trump and the radical far-right in Europe – has the ability to ignite further racial and faith-based schisms.

The attack in New Zealand outlines the international spread of Islamophobic hate crime, which becomes highly pertinent in a globalised world. There is a fear that what happened in Christchurch could spill over, and those with radical right sympathies could feel emboldened by the incident in order to promote their own warped version of what Islam is. In the days following the attack, two people were charged in Rochdale in northern England after a taxi driver was “abused and threatened” with references to the Christchurch shootings, though this case has still to be tested in court.

So please don’t tell me Islamophobia doesn’t exist. It does and it can kill. What happened in New Zealand was not an isolated attack against Muslims. It is about time we started to hold the media, and those that peddle far-right hatred, to account.