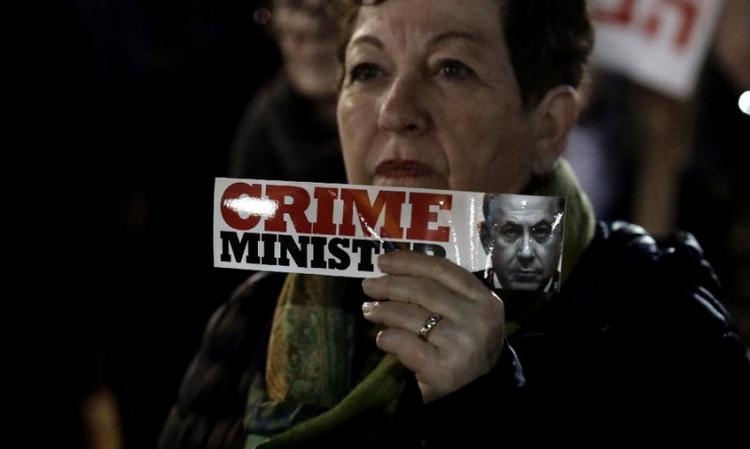 Tel Aviv (AFP) – Opponents and supporters of Israeli Prime Minister Benjamin Netanyahu took to the streets Saturday evening after the country’s attorney general said he intended to file graft charges against him.

In central Tel Aviv, Netanyahu loyalists waved blue and white Israel flags and carried placards reading “Netanyahu, the people are with you” and “Netanyahu, my prime minister”.

Separated from them by a police cordon, opponents waved signs proclaiming “Crime Minister” and “Time for Netanyahu to Go”, an AFP photographer said.

Police declined to give an estimate of numbers.

Under Israeli law the premier is not obliged to resign unless he is charged, convicted and loses all appeals, a lengthy process. 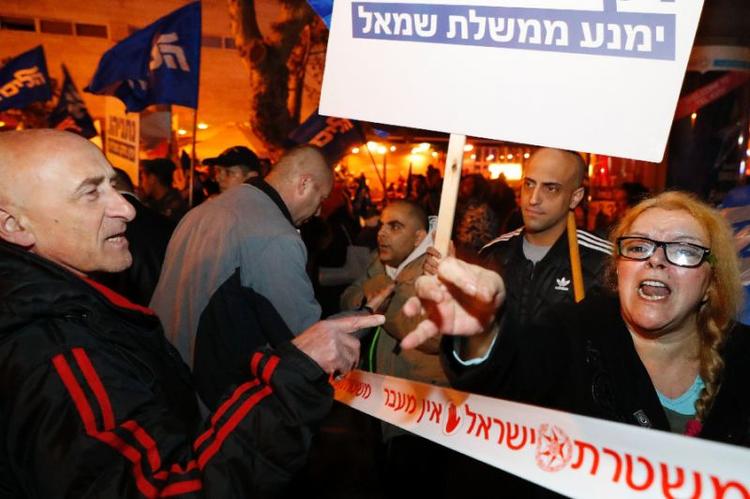 Netanyahu is running for a fifth term in an April general election.

He said after the attorney general’s Thursday announcement that he planned on being prime minister for a long time to come despite the allegations.

In Ramle, near Tel Aviv, opposition Labour activists projected onto a wall of the Maasiyahu prison a giant message reading “Netanyahu, Israel is ashamed”, a party statement said.

The facility is where former prime minister Ehud Olmert served time for corruption and ex-president Moshe Katsav was incarcerated for rape and other sexual offences.

Traffic in Jerusalem was diverted from sidestreets adjacent to Netanyahu’s official residence, where another group was demonstrating, a police statement said.

They were protesting a deal he has brokered to improve the election chances of a party widely condemned as racist.

Netanyahu last week mentored an agreement for an electoral alliance between Jewish Power and two other far-right groupings which would make it easier for the controversial party to cross the vote threshhold for a parliamentary seat.