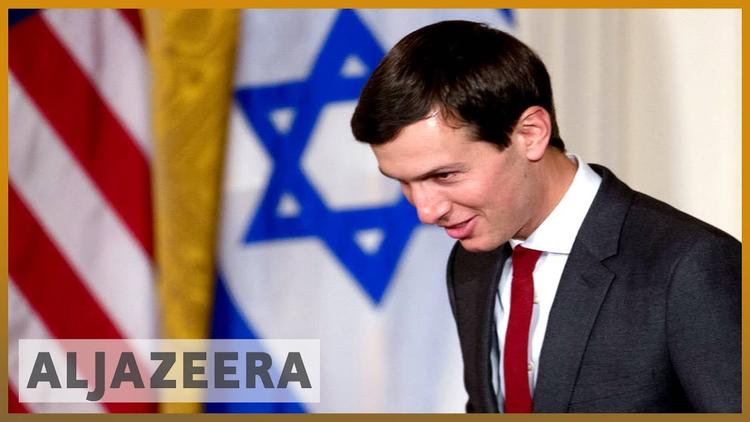 Kushner’s new ideas are not different from Netanyahu’s old ones. The inexperienced US president’s son-in-law, with poor charisma, who, as a result of family connections, jumped to the top of the American leadership hierarchy and took over a handful of the most complex foreign policy files (the Palestinian issue and US-Saudi relations) has moved a step ahead in the “deal of the century”, according to his interview with Sky News Arabia in which he said he was getting closer to revealing its details.

The four main components of the deal are: freedom, respect, dignity and security, but for Kushner, freedom does not mean getting liberated from the occupation and exercising the right to self-determination and national independence. To Kushner, freedom only means freedom of movement, goods and worship. He keeps referring to the uniqueness and creativity that characterise his plan, but his plan has not come up with anything new, they are ideas and initiatives that have been discussed in the circles of Israeli right-wing as final status solutions for the Palestinian issue. They are all ideas that reflect American positions adopted by previous Republican and Democratic administrations.

The most recent and dangerous statement made by Kushner was when he talked about setting the borders. He did not mention the two-state solution and he did not refer to the right of the Palestinians to self-determination and the establishment of an independent, viable and sovereign state. He considered the long-term goal of setting the borders would mean getting rid of them, which can only be interpreted as an offer to establish a Palestinian entity, less than a state and more than a self-rule. This is the same term-long used by Netanyahu and Israeli right-wing leaders in their definition of a two-state solution and their vision for a future Palestinian state.

We are now closer to understanding Trump’s position on the Palestinian state project. Kushner’s recent clarifications confirmed our worst fears: The United States is finishing off the national project with its three pillars: refugee return, self-determination and independent statehood, and Jerusalem as the capital of this state.

Washington has taken Jerusalem out of the negotiations by recognising the city as the capital of Israel and moving its embassy from Tel Aviv to it. The US targeted the refugee file through two parallel tracks: dismantling UNRWA and redefining who a refugee is. It has given a green light to settlement expansion in all areas of Jerusalem and the West Bank. It adopted the economic peace theory launched by Netanyahu in the 1990s which was later adopted by Tony Blair and General Dayton and became the core of what Friedman called “Fayyadism” in reference to former Palestinian prime minister Salam Fayyad.

Today, Kushner comes up with the theory of setting the borders without linking them to an end of the occupation or the establishment of a Palestinian state, as if the man is trying to define the borders of a local self-rule which will soon disappear. To him, such borders are not international borders and should not be regarded as such.

Kushner is touring rich capitals in the region, and has put Turkey on the list for his current tour. The man is looking for funds for a plan he refuses to reveal; it’s like asking buyers to pay for goods they don’t know anything about. This is a clear disregard to all leaders in the region he is meeting. The man is asking Arab and Islamic countries to fund a deal that calls for keeping Jerusalem, Al-Aqsa Mosque and Islamic and Christian sanctities under Israeli control and sovereignty, resting assured that the ghost of the Iranian threat will enable him to pass the most serious deal that has ever been presented to Palestinians and Arabs.

But the good news amid this rubble of bad news is that no one out of all those who met with Kushner or those yet to meet him would dare to stand in front of the cameras to announce that they will support a deal that is filled with all these political and ideological concessions. The young envoy will also not find one Palestinian who can accept his offer or go along with it, or show an understanding of it.