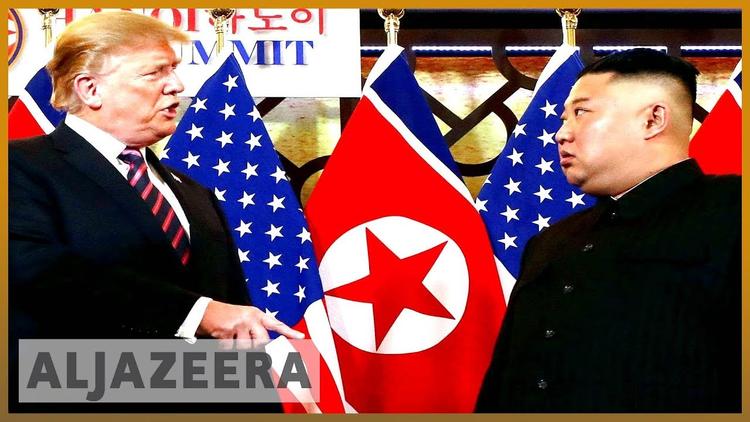 (Informed Comment) – MAD (Mutually Assured Destruction) is truly mad. At the height of the Cold War some military analysts and planners maintained that parity in weapons that would destroy civilization prevented either side from resort to those weapons. Parity, however, is a slippery concept, especially in an environment where science and engineering are continually evolving. Each side may have moments when it believes or imagines that it has a decisive edge. Trusting in MAD is especially foolish when the participants still refuse to pledge no first use of atomic or thermonuclear weapons.

MAD poses other dilemmas as well. How do you convince current or potential adversaries that in the event of nuclear attack you will respond in kind? The best and only sure way to show you are serious about and would use nuclear weapons is actually to launch a nuclear attack. But short of that apocalyptic act one can demonstrate proficiency and willingness to act by playing “war games.”

On the surface this may seem a safer outlet for the military’s elevated testosterone, but just as fantasies often morph into ugly acts of aggression, nuclear war games stand on the edge of the real thing. This is especially the case when the games are staged in contested territory and/or during periods of great stress. War games are meant to send a message, but there is often a gap between message sent and message received. The gap can have tragic consequences. Nuclear weapons cannot be used. Winners join the losers in an unlivable world. They need to be abolished. Abrogating INF only fuels the fantasy, which war games help sustain, that such weapons can be employed to win a war.

One war game with cautionary lessons for today is the Able Archer exercise at one of the Cold War’s most tense moments. We learn of this incident only through the diligent work over many years by a nuclear whistle blower,, Nate Jones, director of the Freedom of Information Act Project for the National Security Archive in Washington DC,, The BBC has provided a concise summary of the findings. BBC: According to the fictional scenario behind the Able Archer 83 war game, turmoil in the Middle East was putting a squeeze on Soviet oil supplies.

Meanwhile, Yugoslavia – which wasn’t aligned to either side of the Cold War – decided to back the West. The Soviet leaders in the game feared this would lead to a cascade of other eastern European countries following suit, switching allegiance from the Warsaw Pact to NATO, and putting the entire communist system at risk. The imagined ‘war’ started when Soviet tanks rolled across the border into Yugoslavia. Scandinavia was invaded next, and soon troops were pouring into Western Europe. Overwhelmed, NATO forces were forced into retreat.

A few months after the pretend conflict began, Western governments authorised the use of nuclear weapons. Role-playing NATO forces launched a single medium range nuclear missile, wiping Ukrainian capital Kiev from the map. It was deployed as a signal, a warning that NATO was prepared to escalate the war. The theory was that this ‘nuclear signalling’ would help cooler heads to prevail. It didn’t work.By 11 November 1983, global nuclear arsenals had been unleashed. Most of the world was destroyed. “

The kicker in this BBC story, the part US nuclear planners fought so hard to withhold, is what was actually occurring on the Soviet side. In 1983, the leader of the Soviet Union was Yuri Andropov. As BBC put it, he was: “A former head of the KG he wasas seriously ill. And seriously paranoid.”

“There was a paranoia,” says Martin Chalmers, deputy director general of London-based security think-tank RUSI. “The Soviet leadership could remember the trauma of Hitler’s surprise attack in 1941 t.”

I find the choice of the noun paranoia misleading, a word that reduces the policy issues to highly personal virtues or pathologies. As even the BBC points out suspicions were intensified by war gamers’ determination to make the play as close to the real thing as possible, right down to wheeling out pretend nuclear warheads, use of encrypted messages, and periods of total silence., all warlike actions. BBC reports that the Soviet response was to ground all flights and begin a process of prioritizing targets.

Fortunately this time around even Reagan and Thatcher became appalled when they learned of this incident. The fears that it evoked – along with the rise of Gorbachev and a growing anti-nuclear movement–played a role in incentivizing retreat from nuclear brinksmanship. It does, however, raise issues that are just as salient today.

Why does the national security establishment work so hard to conceal information about this old war game? Surely the Russians are fully aware of this near miss. The only conclusion I draw is that concerns about war games and accidental nuclear war would give aid and comfort to anti-nuclear movements here and around the world.

Besides the grave risks of miscalculation, don’t these “games” run the long- term danger of normalizing these weapons? Just another part of the arsenal to be trotted out at the appropriate time.

Unfortunately, at least until recently, superiority in nuclear weaponry has been an article of faith for both political parties. As Daniel Ellsberg has pointed out, every President since Truman has wanted to assert and preserve nuclear superiority as a bargaining chip. In addition, military contracting is a disproportionately generous source of corporate profits and campaign contributions. Thus bipartisanship is alive and well on issues that pose an existential threat to all life on this planet. At the least advocates of the Green New Deal should elevate nuclear arms reduction and rapid elimination to an immediate concern.

Former Boston Globe columnist James Carroll highlights one very promising endeavor that Green New Deal advocates should consider joining. : “ In 2017, the Union of Concerned Scientists, together with Physicians for Social Responsibility, launched Back from the Brink: The Call to Prevent Nuclear War, “a national grassroots initiative seeking to fundamentally change U.S. nuclear weapons policy and lead us away from the dangerous path we are on.” Back From the Brink and Green New Deal share concerns and many policy objectives. The enthusiasm of each can reverberate back and forth, lending more strength to both.

Nuclear modernization is one of the most wasteful aspects of a bloated military budget and drains the economy of persons and resources needed to mitigate the damage climate change is already inflicting. The Cold War is over. Nuclear weapons did not win it. Spend that money on the other gravest threat to our existence.