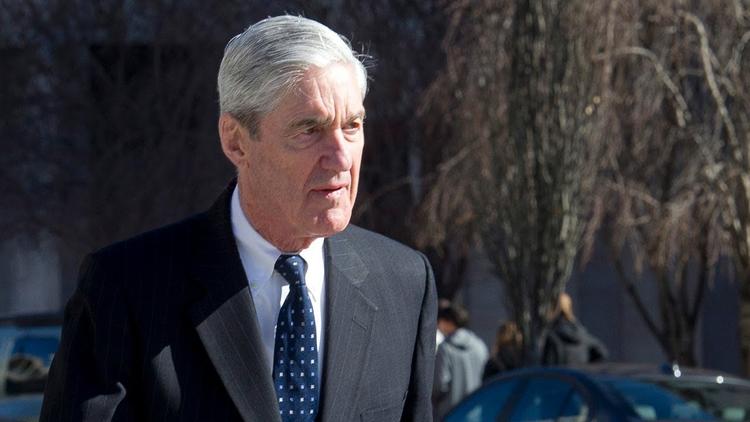 Ann Arbor (Informed Comment) – The Mueller report, at least as Trump’s AG describes it, was not able to prove that Trump colluded with Russia during the 2016 campaign. It did not prove he did not. Mueller obviously did find evidence of Russia supporting Trump, but that is different. The attraction of the theory embraced by many pundits and politicians that Trump became president by colluding with Vladimir Putin is that it gets the American public off the hook.

But we don’t deserve to be let off the hook. We elected Trump. Even today, after a further election, he controls the senate and can get away with having committed election fraud by paying hush money to his porn star and Playboy model paramours, can by fiat gut the Environmental Protection Agency, can up the carbon emissions of the US, can steal money from other programs against the will of Congress for his Wall boondoggle, can wage ruinous trade wars with major trading partners, can foment war with Iran and support the Saudi war on little Yemen, and can doom babies at the border to be ripped from their mothers’ breasts and imprisoned in ICE boxes. The Supreme Court, which he has managed to pack, even just voted to let him imprison people forever without charging them, a basic violation of human rights.

This is a man whose own cabinet appointees seriously considered invoking the 25th Amendment because they find him seriously impaired.

And yet his public approval, despite an endless concatenation of uncanny foolishness and dangerous delusion, hovers around a plurality of the country.

Some will complain that they did not vote for him. Fair enough. But for the most part they were not alarmed enough that he might be elected. I carried essays in fall of 2016 by David Faris warning exactly what would happen (his phrase was “or die in a fiery apocalypse”). Shortly before the election I wrote an entry asking if your mother had dropped you on your head. Some of the Left asked the old George Wallace question of whether there was a nickel’s worth of difference between the two parties. Some on the Left even imagined that Trump would be less a warmonger than H. Clinton. But it is Trump who has put us on a war footing with Iran, something Clinton most likely would not have done. And if the fear was getting involved in Syria, Trump did that too. And as for Clinton’s blind spot when it comes to the Palestinians, for Trump it is a blind ocean.

Trump probably did not hatch a plot with Putin. Trump may not be a systematic enough thinker actually to hatch a plot. He seems to have the attention span of a magpie.

All this is not to say that Putin did not try to put Trump in. He did. The St. Petersburg troll farms are real, and Mueller charged them. Whether Putin’s efforts were effective is something for a Big Data specialist to address. I personally think the Russian efforts had an effect at the margins in states like Michigan and Wisconsin, which were key to Trump’s victory. They aimed to depress the Black vote by slamming Clinton, and may have succeeded. They aimed at convincing white workers that she is an al-Qaeda sympathizer, and may have succeeded. But that’s just my educated guess. The high-powered data specialists may eventually be able to come to a more rigorous conclusion.

But I think the Russians were only one Trump backer abroad. It seems clear that the United Arab Emirates and Saudi Arabia were also plumping for Trump. In fact, the UAE introduced Trump operatives to a major Russian banker close to Putin.

Still, as George W. Bush said, fool me twice–can’t get fooled again. That is Bushpeak for “fool me twice, shame on me.”

Trump’s record was out there during the election. We knew he is sleazy. We knew he stiffs people and does not pay them for the work they do for Trump Enterprises (he pays them just enough so that it wouldn’t be worthwhile to sue for the remainder). Everybody had heard the Billy Bush tape and the testimonies of his random victims of pudenda-grabbing.

Americans voted for him anyway.

They believed in the great white hope of the benevolent billionaire who would champion the white working class and put China in its place, who would bring back the lost factory jobs and redo failing road and bridge infrastructure. White racist discourse about minorities would be rehabilitated after decades in which it was something to be ashamed of. Immigrants would be rounded up and sent back before they could take the job of a white person (immigrants almost never do, since white people don’t pick strawberries).

Bob Mueller is not going to save you, America.

It isn’t even Trump you need to be saved from, but the American white nationalist plutocracy, of which he is merely the symptom.