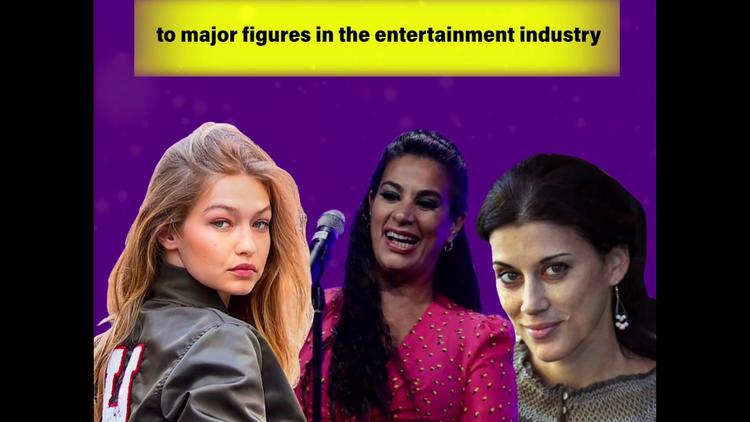 On International Women’s Rights Day, which falls on 8 March every year, we need to take a moment to look at whether all women are able to exercise all of their rights around the world. Are women’s rights limited to specific countries, while those elsewhere continue to suffer from oppression and discrimination? Are there women who deserve to exercise all of their rights and others who have no supporters in this regard?

This day cannot be considered as a global event while there are still women who fall prey to oppression, discrimination and suffering. This is the day, therefore, when we must take the time to monitor and consider the suffering that has continued for so long, but has become more severe in recent years.

We must stand with the Palestinian women in Jerusalem who are suffering at the hands of the Israeli occupation of the Holy City. Jerusalemite women have been and still are the first line of defence in Jerusalem against the Israeli occupation, which aims to expel them, their children and their husbands from their own land so that the Muslim and Christian Arab presence in the city is erased without a trace.

These courageous women have also been on the front line defending freedom of worship in Jerusalem’s mosques and churches, especially Al-Aqsa Mosque. They are confronted by illegal Jewish settlers and their incursions at the holy sites, which have become a daily struggle; the Palestinian women are thus a thorn in the side of the Israeli occupation authorities and police.

There is no doubt that the occupation is attacking Jerusalemite women because Israel is very aware of their role in the Palestinian people’s struggle. This is why it specifically targets and attacks them, blatantly disregarding international law and human rights which guarantee the rights of women in peace or war, including those living under military occupation.

The most significant of these violations of the social, economic and psychological conditions of women is Israel’s policy of house demolitions and forced displacement, leading to whole families having to leave their home city, and the loss of their major investment and shelter. This policy is another burden on Jerusalemite women, who find themselves facing new challenges that they are forced to live with. This painful reality includes being displaced to areas outside Jerusalem, resulting in their identification cards and residence permits being revoked; they thus lose the right to reside permanently in the city where they were born and raised.

ID cards and residency permits are also revoked, as are residency rights, if these women exercise their human right to marry someone of their choosing who happens to be from the West Bank or the Gaza Strip. The Israelis force them, their life partners and their children into the diaspora as permanent refugees.

All of this is in addition to Israel’s policy of confiscating land and property, which has resulted in increased levels of poverty in Jerusalem. This is exacerbated by the inability of women to access the labour market due to Israel’s fixed and mobile checkpoints and restrictions on movement between Jerusalem and the cities and suburbs of the city’s West Bank hinterland.

Throughout the years of Israel’s occupation, Palestinian women in Jerusalem, like their male counterparts, have been subjected to the worst forms of torture before and during detention. They are subjected to aggravated assault, beating, lengthy interrogation, psychological pressure, strip searches, rape threats and solitary confinement.

Furthermore, these women are deprived of the basic human right of freedom to worship. If they play a prominent role in defending Al-Aqsa Mosque against settler incursions, they are persecuted, arrested, interrogated, placed under house arrest and kept away from the Noble Sanctuary and the rest of the occupied Old City for days or even months. In some cases, they are kept away from their own homes.

As if all this is not enough, Israeli settlers in Jerusalem also attack Palestinian women; the settlers beat them, curse them, throw rocks at them, chant racist phrases, pull off their head scarves, shoot them, chase them and sometimes break into their homes and destroy their property. All of this happens in plain sight of the Israeli soldiers, who do nothing to stop the violence and threats.

This suggests that the Israeli authorities seek to target the women of Jerusalem to break the unity and cohesion of their families and undermine the women’s ability to withstand and challenge the occupation. This enables Israel to continue with its measures to Judaise and “Israelise” the city, as well as obliterate its Palestinian Muslim and Christian identity.

Hence, women around the world should stand in solidarity with their Jerusalemite sisters, as well as raise awareness of their cause. We must, all of us, take action on every level in order to seek justice on their behalf and force Israel, which claims to be a democratic state, to stop its violence and discrimination against Palestinian Arabs in Jerusalem, not least the city’s women.

To this end, the #WeAreAllMary initiative was launched by the Jerusalem International Cultural Association (Okad) in Turkey on 28 January and will end on International Women’s Day. The initiative aimed to shed light on the suffering of Jerusalemite women and the worst forms of oppression and injustice to which they are subjected by the Israeli occupation.

As the mother of Jesus, the example of Mary was chosen as a symbol of suffering and oppression in Jerusalem, as well as for her patience. Her Blessed name connects Islam and Christianity, as all women in Jerusalem suffer the consequences of Israel’s occupation, regardless of their faith.

The campaign was launched in four languages — Arabic, Turkish, English and French — so as to include the largest possible number of activists around the world. It has been prominent on various social media, including Twitter, Facebook and Instagram, alongside numerous activities and events. Nevertheless, the plight of Jerusalemite women requires even greater effort, especially in Western countries and the developed world which boast of granting women their full rights.

Official and popular Palestinian organisations, especially in the West, are urged to cooperate with groups supporting the Palestinian cause as well as women’s organisations at every level in order to protect Palestinian women in general and Jerusalemite women in particular. They, like women all over the world, deserve to live with dignity and freedom.

The IMEU “Palestinian Women Pave the Path for a Better World”