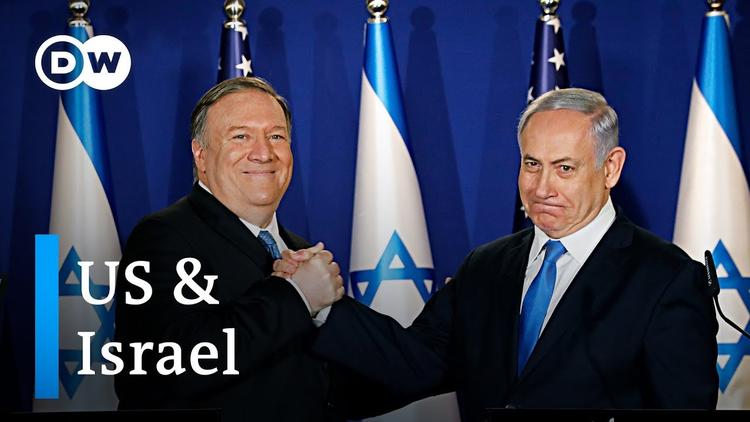 Ann Arbor (Informed Comment) – Trump’s call for recognition of Israeli sovereignty over the occupied Golan Heights, a part of Syria, is intended to help his and his donors’ ally Binyamin Netanyahu win the Israeli elections.

It is another example of his uncanny ability to sabotage his own policies.

Not to mention to sabotage any semblance of international legality.

The United Nations Charter of 1945 forbids countries to add their neighbors’ territory to themselves through military aggression. This principle was put forward in reaction against the horrors of the Nazi regime.

Israel conquered part of the Golan Heights in 1967 and ethnically cleansed most of the Syrians living there, then brought in its own squatter population, in direct contravention of the Geneva Convention of 1949.

The propaganda lie that Israel has to have the Golan Heights to prevent Syrian bombardment was undermined by revelations that the Israelis in the 1960s deliberately shelled Golan to provoke a Syrian response that they could use as a pretext to annex the territory.

Russian President Vladimir Putin is delighted at Trump’s move, since it cuts off at the knees US objections to the Russian annexation of Crimea from the Ukraine (and at least Russia had Crimea until 1954; Israel never had the Golan).

Moreover, it has implications for Russia’s return as a Middle East power.

The Syrian regime is already grateful to Putin’s Russia for its military intervention to defeat the rebels. Now, Damascus will view its close relationship with Moscow as the only hope of recovering lost territory. No state is willing to lose territory, and a weak Syria knows it cannot fight this development alone.

Likewise, Damascus will now fight even harder for Iran to retain its military foothold in Syria, since it will feel that otherwise Trump will give away all of Syria to Israel.

Turkey, a US NATO ally, is jumping up and down mad about this Trump move, which will reinforce Turkey’s increasingly warm relations with Moscow and with Tehran.

Most of the world is siding with Syria against Trump’s United States, including most NATO allies.

Countries in the region that the US is wooing in an attempt to distance them from Iran, such as Iraq, will tilt even harder to Iran, since no one wants an ally that gives pieces of other countries away for its own peculiar reasons. In contrast, most Iraqis feel that they could not have fought off the ISIL challenge without Iran’s help– that is, Iran helped guarantee Iraq’s territorial integrity.

The move will also make it harder for Gulf oil monarchies to line up with the US against Iran, lest they look to their people like traitors to the Arab world. The Golan Heights is part of the Arab world, whose masses will not accept losing it. Saudi Arabia and the UAE may be undeterred, but if so their stability could be threatened, since Trump will have made their rulers look like quislings if they go along with this move.