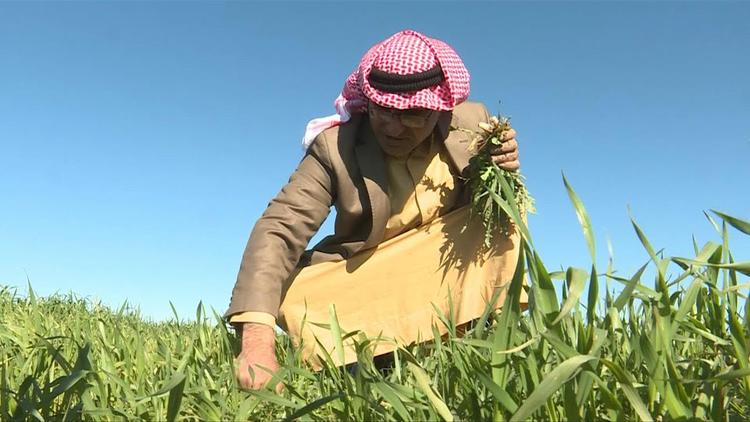 Ann Arbor (Informed Comment) – George W. Bush is being rehabilitated in the age of Trump, as the second worst president in American history is burnished by the absolute worst.

Much that is wrong with politics in the Trump era, however, was foreshadowed by Bush. It was Bush who practiced the Big Lie to take the country to war against Iraq. It was Bush who encouraged climate denialism and gutted health, financial and environmental regulation. His deregulated financial institutions plunged the country into the 2008 Depression and blighted the lives of millions of Americans who lost their homes.

Trump is, notoriously, a pathological liar who has told thousands of whoppers.

So far, at least, Bush’s lies were more consequential. Trump lies about having been a good student or about being a billionaire.

Bush lied the country into a war for oil.

His chosen instrument was the allegation that Iraq had an active nuclear weapons program (the same lie that Pompeo and Bolton are peddling about Iran today).

He and his henchmen also constantly hinted around broadly that the secular Baathist regime, which refused to make Islam the religion of state, was actually in bed with the hyper-fundamentalist terrorist group, al-Qaeda. Another lie.

Bush’s national security adviser, Condi Rice, batted away doubts about Iraqi nukes on the grounds that “we don’t want the smoking gun to be a mushroom cloud.”

Secretary of Defense Donald Rumsfeld, challenged as to where exactly these nuclear sites were, lied that we knew– “We know where they are. They’re in the area around Tikrit and Baghdad and east, west, south, and north somewhat….” Maybe underground on the way to China?

Secretary of Defense Colin Powell was sent to be a laughingstock at the United Nations with a powerpoint on how Iraq had mobile biological weapons labs on Winnebagos. Biological weapons labs need clean rooms to keep the microbes from escaping. Where pray tell would you put a clean room on a Winnebago? And would you really want to be sweating over a petrie dish on Iraq’s pothole-filled roads?

I knew someone present in the room at the UN. They laughed Colin Powell out of it.

This sort of glib rhetoric was to cost the lives of nearly 5,000 American military personnel and the lives of several hundred thousand Iraqis, leaving hundreds of thousands of widows and millions of orphans in its wake. It would leave some two million Iraqis wounded. It would displace, i.e. make homeless and exile, 4 million Iraqis. It would destroy Iraqi industry and leave some parts of the country with a 70% unemployment rate.

What it would not do is discover any nuclear weapons facilities, or even so much as a blueprint for a weapon.

Bush’s lie about nukes had a cover. His administration swept up chemical, biological and nuclear weapons under a single rubric, “weapons of mass destruction.” The very phrase was a lie, an attempt at an alibi by a criminal administration.

The Bush cabinet cynically calculated that they would find some old canisters of mustard gas, and, in the absence of any actual nuclear weapons facilities, could bamboozle he public by declaring that they had found the “WMD”

Unfortunately for them, the Clinton administration and the UN had demanded that Iraqi dictator Saddam Hussein destroy his chemical weapons stockpiles in the 1990s after the Gulf War, and UN inspectors made Saddam do so. He even sent the documentation to the UN in 2002, but Bush’s Big Lie was so big it drowned out the Iraqis.

So they got to Iraq and found nothing. Nada. Zilch. Squat. Zero.

The Research and Intelligence Division of the State Department and most of the CIA knew there were no nuclear facilities in Iraq. They had detailed reports from the UN weapons inspectors. That was why Dick Cheney blew anti-proliferation agent Valerie Plame’s cover in summer 2003, to discredit her voice and that of her husband, Joe Wilson, who had been the last US diplomat in Iraq in 1990.

The Bush administration told Congress it would be out of Iraq by October of 2003. But the invasion, quite predictably (and I predicted it) produced a Sunni Arab insurgency. We are still there.

The insurgency spun out from Iraq to help destabilize Syria as well. It turned into stochastic terrorism that touched the US, and blew up Paris.

When there were no “weapons of mass destruction,” the Bush administration switched the rationale to spreading democracy in Iraq and the Middle East. But then they tried to stop one person, one vote, free and fair elections, and were forced into them by Shiite cleric Grand Ayatollah Ali Sistani.

Bush unquestioningly supported undemocratic Saudi Arabia. He undermined the outcome of the 2006 elections in Palestine after Hamas won. He did not leave the Middle East more democratic. He welcomed Libyan dictator Moammar Gaddafi back into the international community. He backed to the hilt the brutal 2006 Israeli assault on little Lebanon, which set back that country’s economy by a quarter of a century. Although Iraq has elections, it is ruled by a corrupt oligarchy that has mysteriously misplaced the hundreds of billions of dollars in oil receipts of the past decade and a half, and Kurds and Sunni Arabs often feel disregarded by a tyranny of the Shiite majority. In 2014 the disgruntled Sunni Arabs were coerced or bamboozled by ISIL and Baghdad lost 40% of its territory, only regaining it with heavy American aerial bombardment that reduced Sunni Arab cities like Mosul to rubble. The same politicians put in by Bush are still at the top of the government.

Bush never explained the real reasons for which he destroyed Iraq. Likely regime change was simply designed to allow US corporations to make money in that country again. It may have been no more complicated than money-grubbing for the corporate elite. Rupert Murdoch said he supported the war because it would result in $14 a barrel oil and cheap gasoline. If so, he is the biggest fool in the world, since the war on Iraq had virtually no impact on world oil prices, which went to $110 a barrel in the first half of 2014. The new technology of fracking from 2006 was far, far more consequential.

Bush’s obsession with getting more hydrocarbons out of the ground and making them cheaper by invading Iraq and removing Saddam-specific sanctions helped put 5 billion metric tons of carbon dioxide a year into the atmosphere. Bush’s GOP congressional bullies smeared climate scientists such as Professor Michael Mann and attempted to destroy their reputations so as to ensure there would be no public awareness of the climate catastrophe Bush’s Big Oil CEO buddies were producing. His eight years in office produced on the order of 40 billion tons of CO2 per annum in the US alone, and laid the foundation for the production of a similar amount during the 8 years of Obama (who only toward the end of his second term became somewhat alarmed on climate issues). If the world had acted in 2000, we would have avoided the worst of the climate disasters that we have now set in train.

If Al Gore had been elected in 2000 (or if his victory had been recognized by the Republican Supreme Court), there would have been no Iraq War, and the US would have swung into action to reduce carbon output at home and around the world.

Bush gave us the worst of all possible worlds– an unstable Middle East, a refugee crisis that pushed Europe to the far right, a loss of trust in government and the press that Trump capitalized on, and a continued addiction to hydrocarbons and their profits that will produce a highly challenging set of natural disasters, even for places near Bush’s Dallas, such as Houston, which nearly drowned in an extreme weather event magnified by climate change. It is only the beginning.

Trump is not a crude, foul-mouthed departure from genteel if rather bloodthirsty Bushism. Trump is produced by Bushism.