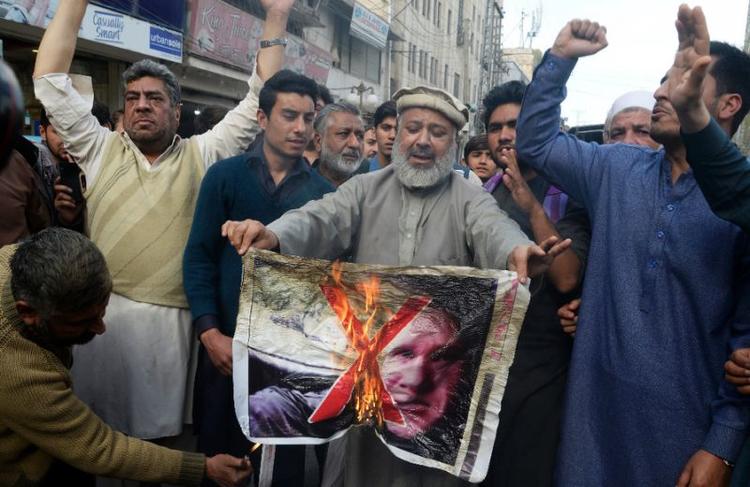 Paris (AFP) – White supremacist Brenton Tarrant, who is accused of killing 50 people in the New Zealand mosque massacre in what he claimed was a blow against Muslim “invaders”, played into jihadist hands by following their strategy, experts say.

From the Islamic State (IS) group to Al-Qaeda, jihadist groups aim to deepen divisions between Muslims and the rest of the world in an apparent aim to trigger all-out war between “believers” and “unbelievers”.

For them, such horrific racist attacks are a gift, with the perpetrators seized upon as fuel for their jihadist agenda, experts say.

“The Christchurch attack was a blessing for Daesh,” said Alain Chouet, a former senior French intelligence official, using an Arabic acronym for IS.

“It plays fully into the hands of those that (Tarrant) wanted to fight,” he told AFP.

A specialist in Islamic extremism, Chouet said the idea of fomenting conflict was laid out by extremist ideologue Sayyid Qutb in his book “Milestones” which remains an inspiration for jihadist networks.

Qutb, an Egyptian close the Muslim Brotherhood who was hanged in 1966, argued for the need to “cut off Muslims from the rest of the world, have them regroup somewhere then launch a struggle to establish a world caliphate,” he explained.

Farhad Khosrokhavar, head of research at the Paris-based School of Advanced Studies in the Social Sciences said IS had tried to radicalise the situation “by turning Western Muslims against the societies in which they live”.

“The violent ultra-right, by following suit with such blind violence, has created this climate of generalised violence in which Muslims are expected to act violently against Western societies that in turn respond in the same way, breeding a vicious circle liable to spark all-out war between Muslims and non-Muslims,” he told AFP.

“Brenton Tarrant has played right into this fool’s game, inciting Muslims to react in the same way,” he said.

“Spawning an all-out vendetta is playing into the hands of IS.”

Within hours of the Christchurch killings, jihadist sympathisers throughout the world popped up on social networks calling for vengeance.

In his 74-page manifesto that was put online just before the attacks, Tarrant said one of his motivations was the death of an 11-year-old Swedish girl killed in a Stockholm truck attack in April 2017.

The killer, an Uzbeki man, said he had wanted to mow down “infidels”.

But responding to such an attack by gunning down worshippers at a mosque was falling into the trap set by jihadist ideologues, the experts said.

In order to fight such extremists, one had to be beyond reproach, Chouet said.

“It’s all about using the law, just the law and nothing but the law.”

Featured Photo: “The shockwaves from the New Zealand mosque massacre have reverberated around the world with Pakistani traders burning a picture of the alleged gunman, a white supremacist (AFP Photo/ABDUL MAJEED).”