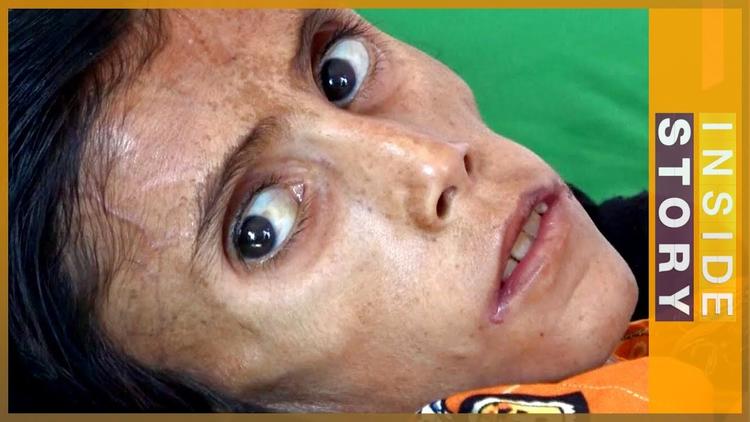 Last week, US President Donald Trump vetoed a Congressional resolution that would have ended American support for the Saudi-led coalition in Yemen, thereby issuing his second veto since he took office in the White House. This was expected, and is a sign that, regardless of the criticism that America is getting for its involvement in the war, the President is insisting on backing his reckless ally, Saudi Arabia’s Crown Prince Mohammad Bin Salman.

“This resolution is an unnecessary, dangerous attempt to weaken my constitutional authorities, endangering the lives of American citizens and brave service members, both today and in the future,” Trump said in his veto message. He insisted that the joint resolution is unnecessary because, apart from counterterrorism operations against Al-Qaeda in the Arabian Peninsula and ISIS, the United States is not engaged in hostilities in or affecting Yemen. “For example, there are no United States military personnel in Yemen commanding, participating in, or accompanying military forces of the Saudi‑led coalition against the Houthis in hostilities in or affecting Yemen.”

While it may be true that there are no US military personnel in Yemen, US weapons and munitions are being used to kill thousands of civilians there. Indeed, it was US support for the coalition that has turned Yemen into the world’s worst humanitarian crisis. Without Washington’s backing, it would have been less likely for the coalition to be able to prolong the war in the way that it has.

Trump’s veto is thus overt approval of the escalations carried out by the coalition, even its breaches of international law. It signals that the US administration does not oppose the coalition’s bombings and blockade of civilians. Moreover, the veto also demonstrates that having 14 million Yemenis at risk of famine and a rising death toll is not enough to make Washington think again end its support for the coalition.

If Donald Trump really wants to “make America great again” then he should have been mindful of the suffering of innocent civilians in Yemen in which his country has been complicit, and allowed the Congressional resolution to pass. However, it is apparent that the economic ties between the United States and Saudi Arabia ensured that such an outcome was never going to happen. Such ties take precedence in Trump’s eyes.

“President Trump has thrown his lot behind Saudi Arabia and the UAE’s role in the Yemen War with his support,” the Director of Research at the Arab Centre in Washington DC, Dr Imad Harb, told me. “While he believes that Congressional action should not limit his constitutional prerogative of deciding foreign policy, his main concern is maintaining his close relationship with the leaderships in Riyadh and Abu Dhabi.”

Harb added that Washington’s ongoing support for Saudi Arabia and the UAE in Yemen emboldens Bin Salman and Mohammed Bin Zayed, who do not appear to understand that there is no winner, and there won’t be a winner, in Yemen. “Their continuing war there only adds misery and humanitarian calamity.”

Having been elected as US President with no political experience whatsoever, it could be that Trump still fails to understand the difference between international diplomacy and personal relationships. The way he is behaving suggesting that he cares very little about the devastation that America’s support is facilitating in Yemen.

Last month, the US-based University Network for Human Rights and Mwatana Yemeni rights group presented a 128-page report showing that American and British bombs may have killed or injured 1,000 civilians, including women and children, in Yemen. “Our findings reinforce prior evidence demonstrating that the Saudi/UAE-led Coalition is failing to fulfil its obligations under the laws of war and repeatedly using US weapons in apparently disproportionate and indiscriminate attacks that have resulted in widespread civilian casualties and other civilian harm in Yemen,” the groups explain in their report. This suggests very strongly that Trump actually had an obligation not to veto the resolution.

Nevertheless, he did, and that decision is going to have an impact on America’s image around the world. Regardless of what party they belonged to, previous administrations in Washington generally prioritised human rights issues. Donald Trump has reversed that tradition, and turned his country into an overt supporter of a regime that does not respect human rights in any shape or form whatsoever.

What can be done to resolve the conflict in Yemen? | Inside Story