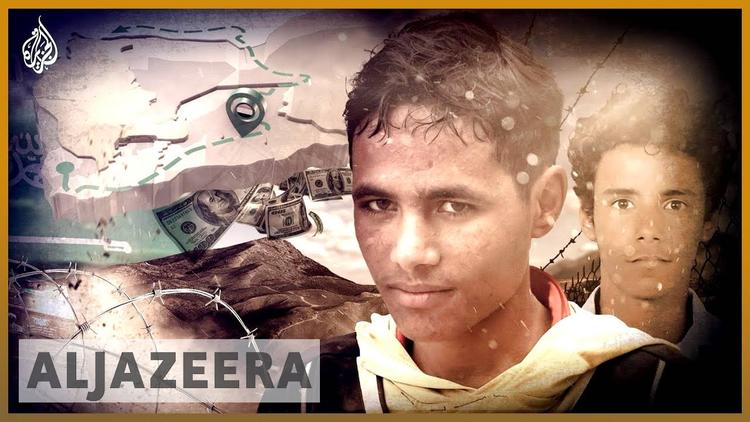 Ann Arbor (Informed Comment) – The House of Representatives voted Thursday 247 to 175 to end the US involvement in supporting the Saudi-led war effort in Yemen. 16 Republicans voted with the Democratic majority.

The Senate had already passed the act, invoking the War Powers act for the first time since it was enacted in 1973 after the Vietnam War.

The legislation now goes to Trump for his signature. The likelihood is that the president will veto it, even though he campaigned on getting out of the Middle East and ceasing the hemorrhaging of money being spent on America’s Forever Wars.

Remember when we were told that H. Clinton would be a warmonger and that Trump was the isolationist who would get the US out of the Middle East?

According to Lauren Gambino and Julian Borger of The Guardian, the White House is resisting the vote on the grounds that it will harm US relations with Saudi Arabia and other allies and that it raises serious constitutional issues.

Actually, the Constitution gives Congress the right to declare war, not the president, and the Imperial Presidency of the past century has violated the Constitution by relabeling wars “police actions” around the world and running them all from the Executive. So Congress is functioning constitutionally with regard to a foreign war for the first time in a long time.

Saudi Arabia and the United Arab Emirates launched the war on Yemen in March, 2015. They were responding to the takeover of the country by the Helpers of God (Ansaru’llah) militia, also known as the Houthis. Their members hail from the Zaydi Shiite branch of Islam, which predominates in northwest Yemen.

The Saudis adhere to a rigid version of the Wahhabi branch of Islam that typically vilifies Shi’ism. And they connect Shiites to Iran.

The Zaydis, however, are very different from Iranian Shiites. They don’t have ayatollahs. Yemen’s Zaydis don’t have a history of connections to Iran. Nor is there a plausible route for Iran to get much materiel to the Houthis. Overland from Oman is rugged and through Sunni-held territory. The Saudis control the Red Sea. The Iranians are alleged to have gotten the Houthis a few million dollars, but it is just not that important. Most Houthi weapons come from Yemen Army depots to which the late, deposed president Ali Abdullah Saleh gave them access.

So the Yemen War is not for the most part about Iran but about an indigenous Yemeni bid for independence of the Saudis, which Riyadh is resisting.

The air war waged by the Saudis, the UAE and other coalition members has been horrible, with frequent targeting of or at least striking of civilian facilities like schools and hospitals, or necessary civilian infrastructure like bridges.

The deaths mount into the tens of thousands. Much of the country is food insecure, which means they are not starving but are one paycheck away from starving. There is also however some genuine malnutrition and even starvation. The water is not being treated and so there have been a million cases of cholera. Children have been at special risk from bombardment, food shortages, and disease and have died in large numbers.

The Saudi-led coalition is probably guilty of significant war crimes, and the US should not be refueling their planes or providing them with satellite photos and strategic advice and logistical support, which Washington does.

Congress will likely be overruled by Trump’s veto, and does not have the two thirds majority in both houses to overturn that veto. But at least the Yemen War has been identified as a problem and some steps have been taken to end it. Saudi Arabia and its allies are sensitive to their relationships with official Washington, and this congressional dismay with their war may well put pressure on them to wrap it up. Yemen can’t take much more without breaking down as a society, and the world cannot deal with 28 million desperate refugees from the Red Sea littoral.