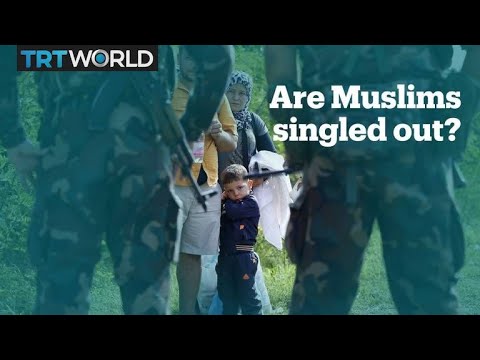 Less than a week after the attack on the Twin Towers in New York on 11 September 2001, US President George W. Bush gave a remarkable speech about America’s “Muslim Brothers and sisters”. “These acts of violence,” he declared, “violate the fundamental tenets of the Islamic faith.” After quoting from the Quran, he continued, “The face of terror is not the true faith of Islam. That’s not what Islam is all about. Islam is peace.”

This speech is remarkable, not only for its compassion towards Muslims in the face of the attack on the US, but also because Bush was contradicting what has been, since the beginnings of Islam, the standard Western perception of this religion – namely that it is, at its core, a religion of violence.

Since its beginnings in the Arabia of the 7th century CE, the religion of Muhammad the prophet had pushed against the borders of Christendom. Within 100 years of the death of Muhammad in 632 CE, an Arabian empire extended from India and the borders of China to the south of France. Militarily, early Islam was undoubtedly successful.

Since that time, for the Christian West, regardless of the Islamic precept and practice of religious tolerance (at least as long as non-Muslims did not criticise the prophet), Islam has remained often threatening, sometimes enchanting, but ever-present. Indeed, the West created its own identity against an Islam that it saw as totally other, essentially alien, and ever likely to engulf it.

Thus, from the 8th century to the middle of the 19th, it was the virtually unanimous Western opinion that Islam was a violent religion whose success was due to the sword.

That Islam is, at its core, a violent religion is an attitude still present among some today. In the aftermath of the horrific murder of 50 Muslims in Christchurch by an Australian right wing nationalist, the conservative Australian politician Fraser Anning declared (straight out of the West’s medieval playbook), “The entire religion of Islam is simply the violent ideology of a sixth century despot masquerading as a religious leader, which justifies endless war against anyone who opposes it and calls for the murder of unbelievers and apostates.” Any violence against Muslims, he suggested, was therefore their own fault.

Anning has been roundly condemned for his statements by both sides of politics. He is clearly wildly out of step with mainstream public opinion in Australia. A change.org petition with more than 1.4 million signatures has been delivered to Senator Mehreen Faruqi, Australia’s first Muslim senator.

Clearly, blaming innocent people at prayer for their deaths at the hands of a right wing zealot crossed all the boundaries. But Anning’s view of Islam does echo an historic Western emphasis on the use of force in Islam as an explanation for its success.

This was, of course, part of an argument about the relative truth of Christianity and Islam. According to this, the success of Islam was due solely to the sword. The success of Christianity, having renounced the sword, was due to divine favour. The one was godly, the other Satanic.

This Western image of a benign, peaceful Christianity against a malevolent, violent Islam was a mythical one. With few exceptions, its proponents ignored both the violence that often went along with the spread of Christianity and the religious tolerance that often accompanied the extension of Islam. But the myth did reflect the deep-seated Western horror, always potent in the collective imagination, of being literally overrun by the fanatical hordes.

In the 19th century, however, attitudes did begin to change. Muhammad was, on occasion, imagined not as the ambitious, profligate impostor of old but as a “silent great soul”, a hero who spoke “from Nature’s own heart”, as Thomas Carlyle called him. The Dublin University Magazine described him in 1873 as “one of the greatest ever sent on earth”.

Islam too now came to be seen more benevolently. The increasing cultural and global political power of the West rendered obsolete the traditional fear of being overwhelmed by Islam. The “religion of force” was now meeting a greater secular force, that of the imperial West. Islam no longer looked as threatening as it once had. The doctrine of Jihad (holy war), declared The Quarterly Review in 1877, “is not so dangerous or barbarous a one as is generally imagined”.

Islamic cultures now came to be seen as spheres of Western patronage, secular and religious. The image of a vibrant, active, progressive West against a passive, inert Islam was congenial to colonial enterprise. Ironically, the religion of aggressive action now came to be viewed as passively stagnant, decadent and degenerate, ripe for domination by an assertive West.

The inability of Western commentators in the 19th century to endorse a newly submissive Islam arose from a deep-seated Western incapacity to treat Islam on equal terms. Indeed, the greater value of the West over all those it variously characterised as backward, degenerate, or uncivilised was a central feature of most discussions of non-Western forms of life.

In short, Islam and progress were incompatible. And there was a strong tendency throughout the Victorian period to blame Islam for all the imagined ills of Oriental societies – the moral degradation of women, slavery, the physical and mental debilities of men, envy, violence and cruelty, the disquiet and misery of private life, the continual agitations, commotions, and revolutions of public life.

Cut to the 21st century and a post-imperialist age, and Muslim nationalisms are again on the rise, not only in the Middle East and North Africa, but in Indonesia, India and Pakistan. The West once again feels under threat. The myth of Islam as essentially violent has re-surfaced. But, interestingly, it has done so in a different way.

On the one hand, the growth of terrorism has moved the imagined military threat of Islam from the borders of the West to its very centres – to London, Paris, New York.

On the other hand, Islam is now seen as a cultural threat as much as a military one. Even at its most benign, it is perceived as threatening Western values by virtue of the Muslims in its midst, stubbornly refusing to acquiesce to Western values. Thus the need to keep Muslims out. In December 2015, to the outrage of many Americans, then presidential candidate Donald Trump called for a ban on Muslims entering the US. Better the enemy kept outside the wall than the enemy within.

The refusal of the UK to allow Shamima Begum, the school girl who left London in 2015 to join ISIS, to return to England is the most recent example of the fear of home-grown terrorism and the enemy “within”. That she appears to endorse a violent Islam and is lacking in remorse has not helped her cause.

In addition, a new discourse has emerged of Islam as having failed to have a Reformation and an Enlightenment as did the West. Thus, for example, former Prime Minister of Australia Tony Abbott declared in December 2015 that Islam has never had its own version of the Reformation and the Enlightenment – the two events that seem to symbolise for Abbott the transition from barbarism to civilisation.

“It’s not culturally insensitive,” he declared, “to demand loyalty to Australia and respect for Western civilisation. Cultures are not all equal. We should be ready to proclaim the clear superiority of our culture to one that justifies killing people in the name of God.”

Does Islam need an Enlightenment like Europe had in the 18th century? Well yes, in the sense that European governments finally legislated freedom of religion to stop Catholics and Protestants slaughtering each other. Like Christianity in Europe in the 17th century, Islam in the 21st is as much at war with itself (especially in the conflict between Sunnis and Shiites) as it is at war with the West.

So, in the light of this history of Western attitudes to Islam, what are we to make of President Bush’s claim that Islam really is a religion of peace and that Muslim terrorists are, as a consequence, not true Muslims?

At its simplest, it is a recognition that there are vast numbers of Muslims, indeed the majority by far, both inside and outside the West, who endorse the virtues of tolerance, compassion, kindness and – simply put – just getting on with each other and with others.

It is also a recognition that multicultural and multi-religious societies thrive on unity and not divisiveness. As then Australian Prime Minister Malcolm Turnbull put it in March 2017, “What I must do, as a leader, and what all leaders should do in Australia, is emphasise our inclusivity, the fact that we are a multicultural society where all cultures, all faiths are respected and that is mutual. So, trying to demonise all Muslims is only confirming the lying, dangerous message of the terrorists.”

Many religions under one name

And where God is seen as a being whose will can transcend the good (as he is in Islam, Christianity and Judaism), evil acts committed in his name can abound. Both peace and violence can equally find their justification in the Muslim, Christian and Jewish idea of God.

The willingness of the Islamic State group to accept reponsibility for the horrific bombings in Sri Lanka indicates their belief that such acts are in accord with the will of God.

That said, the question of whether Islam is essentially violent is not one that any longer makes much sense (if it ever did). The supposed fundamental oppositions between the West and Islam fail to map on to any reality.

“Islam” and “the West” are no longer helpful banners behind which any of us should enthusiastically rally. There really is no clash of civilisations here, not least because the notion of “civilisation”, Islamic or Western, really doesn’t have any purchase in a globalised world.

Moreover, we now know that it is difficult to identify the essence of any religion and futile to search for one. Any one religion is really many religions under the one name. So there are many Islams – Sunni and Shiite, but also Indonesian, Albanian, Malaysian, Moroccan, Pakistani, all culturally nuanced in quite different ways. This was evident in the many nationalities of those at prayer in the Christchurch mosques.

So too, there are many Christianities, often so different as to be hardly recognisable as parts of the same tradition – think Pentecostal snake handlers in the American south, Catholic peasants in Sicily devoted to the Virgin Mary, or cool Lutherans in Scandinavia.

Philip Almond, Emeritus Professor in the History of Religious Thought, The University of Queensland