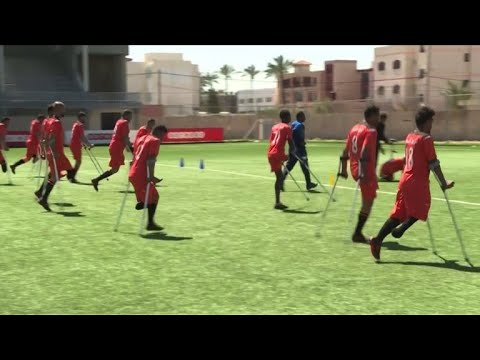 More than 130 Gazans have lost their limbs during border protests in the past year.

Qatar is inaugurating the Gaza Strip’s first prosthetic hospital and disability rehab centre after many delays.

Officials from the oil-rich Arab nation attended the opening Monday in Gaza City.

Qatar built the hospital after its then-emir visited Gaza in 2012. It was the first visit by a head of state since Hamas violently seized control of the territory from the Western-backed Palestinian Authority.

But a lack of qualified staff and funding prevented Hamas from operating the centre.

Eventually, the Qatar Fund for Development trained the hospital’s 150-member staff locally and abroad. It has assumed the project’s expenses for now.

Health officials say the 100-bed hospital is vital for Gaza, where more than 130 Palestinians have lost limbs over the past year during ongoing protests along Gaza-Israel perimeter fence.