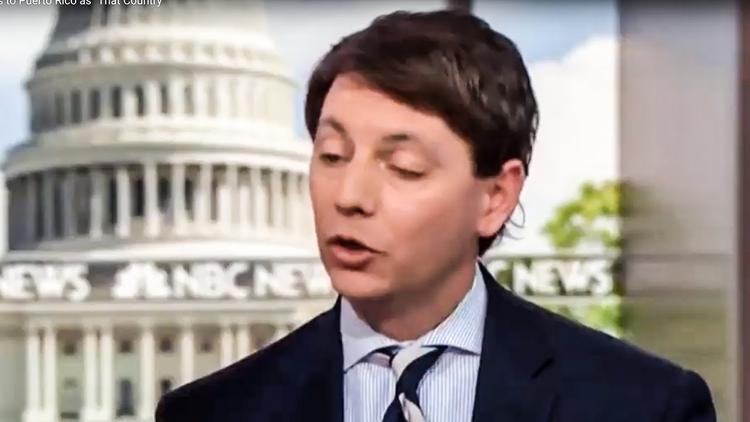 Ann Arbor (Informed Comment) – Trump caused a brouhaha by tweeting that Puerto Rican officials “only take from USA,” as thoug they weren’t part of the USA! Then his White House deputy press secretary Hogan Gidley called Puerto Rico “that country” during an interview on MSNBC Live with Hallie Jackson.

Trump seems to me to have some form of dementia, which would account for why he keeps saying strange things like that his father was born in a very nice place in Germany. Fred Drumpf was born in New York City in 1905 and later changed his name to Trump because of anti-immigrant (anti-German) sentiment during World War I.

So there are some ways that you can tell that Puerto Ricans are Americans.

2. As early as 1904, the Supreme Court ruled in the case of Isabel Gonzales that Puerto Ricans could not be excluded by immigration authorities, inasmuch as they were not aliens (Gonzales v. Williams, 1904). This ruling was a baby step toward accepting that the island, having been annexed from Spain by the US congress, was no longer alien to the US. (Sam Erman).

4. Charles R. Venator-Santiago writes, “In 1934, Congress introduced a territorial form of birthright citizenship permitting the children of Puerto Ricans born in the island to acquire U.S. citizenship at birth.”

5. Since Puerto Ricans are full citizens, when they move to the mainland and reside in a state, they can vote for president, just like any other citizen of the US resident in that state. I have an educated guess for whom they are not voting in 2020.

6. Since 1952, even Puerto Ricans residing in Puerto Rico have had a representative in the House of Representatives, a non-voting “resident commissioner.” Other countries don’t typically have representatives in Congress, though there is a nagging doubt that Mitch McConnell actually views the Kremlin as his constituency.

7. Puerto Rico has introduced a bill to become a state by 2021. We don’t usually let foreign countries become states.