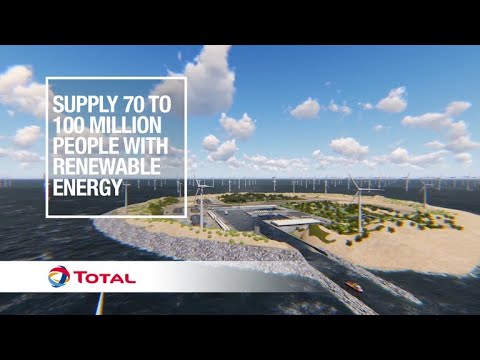 (Waging Nonviolence ) – Green New Deal advocates in the United States should look to the Nordic countries for inspiration on how to overcome the 1 percent and address climate change.

According to the latest report from the United Nation’s Sustainable Development Solutions Network, the Nordics are once again in the top tier of the World’s Happiest People. This year’s report, which came out March 20, pulled together the scores from the last three years to build a composite score, revealing that the four happiest countries from 2016-2018 are Finland, Denmark, Norway and Iceland, with Sweden coming in seventh.

The researchers combine a number of indicators to define “happiness.” One especially interesting for Americans is “freedom to make life choices,” since we like to think of ourselves as leaders in liberty. The index, however, places the United States at 62 (narrowly ahead of the United Kingdom), while the Nordics remain in the top 10 countries in freedom.

Other research methodologies line up with these findings on freedom. In 2018, Freedom House rated countries by degree of political freedom. Norway, Sweden and Finland tied for first, while the United Kingdom was 27th and the United States came in at 58 and dropping.

Our relative lack of freedom makes getting a Green New Deal for the United States look like a hard slog, but we may get some clues from others — including from the time when they were less than free.

Do the Nordics have a ‘green new deal’?

The two main goals of the Green New Deal are to address climate change and economic inequality. Why combine the two? After all, there are some Democratic Party leaders and even some environmentalists who prefer to split those goals.

I found one connection in Denmark’s recent history. When the left coalition of labor and other egalitarian parties is in power Denmark surges ahead in addressing climate change. When the centrist coalition is in power, Denmark’s commitment to climate slows down. That’s because the Danish centrists, like the Democratic Party in the United States, include the 1 percent who find it against their financial interests to reduce carbon emissions. Canada provides another example: centrist Prime Minister Justin Trudeau talks a good game about climate but reportedly committed over $7 billion in federal funds to purchase the failing Kinder-Morgan Trans Mountain pipeline.

The Nordics have for half a century been in the top tier of nations for equality because they adopted a radically different economic model — one that puts the workers, farmers and professionals first, using capital as a tool to advance the common good. To ensure this, Norwegians have majority public ownership of most corporations and the public completely owns Norway’s largest bank. As I describe in my book “Viking Economics,” the Nordics have used heavily-regulated markets for some purposes, and they gave up completely on markets for other sectors.

Poverty was widespread in the Nordic countries a century ago, so the Nordics designed poverty out of their systems. And even though they were small nations living in what was for them a globalized world, they empowered themselves to protect against cycles of boom-and-bust.

While Iceland flirted with neoliberalism in the early part of this century — resulting in an economic collapse in 2008 — they came to their senses, defying the International Monetary Fund and returning to their people-first leftist model. As a result, they recovered from their Depression more quickly than the capital-first centrist United States did from its less-severe 2008 recession.

That’s an old game. The Danish economic elite did the same when it promoted nuclear power in the 1980s. However, after the people’s movement mounted a nonviolent direct action campaign, the government turned to wind for electricity. It began licensing decentralized coops for local energy, while also investing in massive wind farms in coastal waters. As a result, Denmark became a world leader in renewable energy technology, and its economy grew.

While Finland and Denmark are both aiming for carbon neutrality by 2050, Sweden has its sights set on 2045 and Iceland is saying 2040. Each of them had major poverty a century ago but today enjoy shared prosperity with free higher education and universal healthcare.

Norway is a special case among the Nordics because it’s the only one that has significant oil and gas. A growing minority wants to stop extracting entirely, but a majority is not yet convinced. In the meantime, Norway takes other steps: charging drivers around $7 per gallon for gas, leading the world in electric cars and bicycle highways per capita, and spending over $3 billion so far to combat deforestation in the Amazon. The country is moving up the ranks of Yale’s Environmental Performance Index, now placing 11th. To make up for its continuing oil extraction, parliament plans to use offsets to achieve carbon neutrality by 2030.

All the Nordics have found that their focus on climate coinciding with growth in the common good. Consistent with the American advocates of the Green New Deal, the Nordics’ investment in people’s health and well-being, jobs and education, yield benefits in abundance and innovation.

Nordics don’t waste money on crime-fighting because they reject poverty and mass incarceration. Sweden welcomed more immigrants fleeing the Middle East during the Syrian exodus than any other European nation, per capita, and recently adopted Norwegian best practices for integrating the refugees. One in five Swedes and Norwegians is foreign-born. While Nordics will tell you that they are far from utopia, they learn from each other while continuing to invest in social justice.

Grassroots movements forced a power shift. In each case the people created a multi-dimensional strategy for empowering themselves. They educated each other so they could see through the pretense of democracy that protected 1 percent-rule, building prefigurative institutions like co-ops that taught individualists the value of collective effort.

The movement involved intellectuals so they could together design a vision of the kind of economy they wanted, enabling them to also attract people who had doubts and hesitations. In this way they avoided the trap of becoming protesters who simply react against injustice. They put forward a program, and their positivity won increasing numbers of allies.

Once disunited, they built unity across the urban/rural divide and other lines that divided them. Having watched the civil war in Russia that accompanied the Bolshevik revolution, they trained themselves to use nonviolent struggle, employing the technology of campaigns. Small farmers took over landed estates in Denmark. When the Swedish state called out the troops to protect the 1 percent by shooting unarmed demonstrators, the people responded nationally with a general strike that forced out the old regime.

Is Scandinavian success relevant to us?

Although Americans generated mass movements in the same time period as the Nordics, Americans faced greater challenges, including our inheritance of racism. That’s one reason why, in the 1920s and ‘30s, we couldn’t keep pace with our sister movements abroad — although this fact doesn’t diminish the brilliance of their own strategic breakthroughs.

Circumstances change. Americans now have some advantages the Nordics didn’t have a century ago. One of our advantages now is that the U.S. civil rights movement learned many lessons about what works in tough situations — much tougher than we face now. These lessons are easily available to us, even in movie formats.

Another advantage we have now is in economic lessons we can adapt from other countries. No country prior to Denmark and Sweden had invented and practiced “the Nordic model” — who knew ahead of time that it would even work? We now have the easier task of adapting the model to our circumstances.

Thoughtful people around the world look for “best practices” to improve outcomes in their work. People in other countries have adapted innovations first tried in the United States, and we have already adopted from other countries’ practices, including Social Security and Medicare.

What strikes me about the “happiest peoples” is their understanding that analysis of what’s wrong cannot create what’s right. Analysis is only the first step: Just as important are vision and strategy. The ingredients of their winning strategy are not strange to Americans: education and culture work; leadership development; a platform or vision; coops and other structures that align with the vision; community organizing for growth and unity; nonviolent direct action campaigning to force the issue; building to scale in a movement of movements; and keeping our eyes on the prize. The art is putting the ingredients together in this political moment.

The opportunity for us is to work together toward this end.