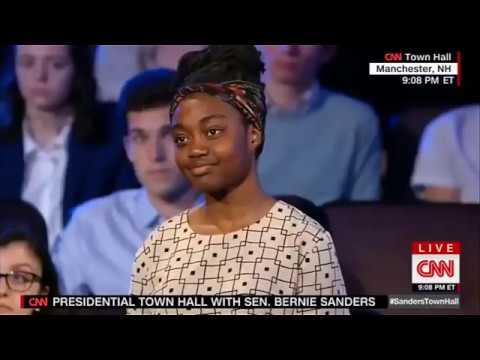 Biden reflects the mindset of the previous generation of mainstream Democratic leaders who are out of touch with the anti-interventionist sentiments of most Americans.

“We don’t like his experience,” says Karen Bernal, theoutgoing chair of the California Democratic Party’s Progressive Caucus and who supports Senator Bernie Sanders for President. “Biden is way too deferential to the military-industrial complex. I don’t see him changing.”

Biden is a liberal interventionist, at least historically, willing to wage wars of aggression in the name of human rights or national security. He actively drummed up support for US bombing in the Balkans, supported the occupation of Afghanistan, voted for the 2003 war in Iraq, publicly backed the bombing of Libya and supported vastly intensified drone wars in Pakistan and Somalia.

Senator Bernie Sanders, on the other hand, is running on an anti-military intervention platform. He offers solid criticism of the US war-making system and calls for a sharp reduction in military spending in order to fund much-needed social spending.

These are hardly abstract points of debate. The US has spent $6 trillion fighting the doomed “war on terror.” Between 480,000 and 507,000 people have been killed in the US post-9/11 wars in Iraq, Afghanistan, and Pakistan, including nearly 7,000 US troops.

Biden’s pro-war stand is morally and politically wrong, and I am not alone in my opinion. Biden will have a hard time convincing voters that his policies are all that different from Trump’s. A recent poll confirms that a majority of Americans oppose Trump’s foreign policy. But Biden’s baggage could actually help Trump win.

In the early 1990s, Biden strongly pushed for war against Serbia and favored Bosnian independence, a war that tore apart former Yugoslavia. Some 25 years later, Bosnia, still plagued by ethnic conflict, is governed by a European-appointed high representative, and 7,000 NATO troops remain on the ground.

Similarly, Biden supported the US invasion of Kosovo in 1998 and 1999, further splintering Yugoslavia and placing power in the hands of the Kosovo Liberation Army—a group that US officials had previously described as terrorist. To this day 4,000 NATO troops, including some 700 Americans, remain stationed in Kosovo.

Biden voted to authorize President George Bush Jr. to wage war against Iraq, despite his false claims of weapons of mass destruction. Well after the anti-war movement and even some establishment politicians denounced the war, Biden still defended it, saying in 2005, “We can call it quits and withdraw from Iraq [but] I think that would be a gigantic mistake, or we can set a deadline for pulling out, which I fear will only encourage our enemies to wait us out—equally a mistake.”

Biden later criticized Bush’s handling of the Iraq war. But instead of calling for a total withdrawal of US troops, he called for decentralizing Iraq, splitting it into three parts: Kurdistan, a Shia Muslim east and Sunni west. Far from being a peace plan, Biden sought to establish a US sphere of influence in Kurdistan at a time when the US was badly losing the war.

After September 11, 2001, Biden supported the invasion and occupation of Afghanistan. He initially called for maintaining US troops there to rebuild the country. Later he favored keeping a smaller number of troops there to fight a counter insurgency war, supposedly to stop terrorism. In practical terms that means keeping US troops and bases permanently in Afghanistan.

During internal White House meetings, Vice President Biden reportedly objected to various military interventions, including the 2011 bombing of Libya. But publicly, Biden supported the attack and even proclaimed it a model for future interventions.

“NATO got it right,” he said in 2011. “In this case, America spent $2 billion and didn’t lose a single life. This is more the prescription for how to deal with the world as we go forward than it has (been) in the past.”

Biden chose to ignore the thousands of Libyan civilians who were killed and injured as the US/NATO war turned Libya into a failed state. And a year later insurgents killed US Ambassador Christopher Stevens and three other Americans in the infamous Benghazi attack. Libya is hardly a “prescription” for anything.

Bernie Sanders, on the other hand, offers a more systemic criticism of US militarism. He calls for a significant reduction in the $700 billion annual military budget. “Do we really need to spend more than the next ten nations combined on the military,” he asks, “when our infrastructure is collapsing and kids can’t afford to go to college?”

Progressive Caucus chair Bernal says she’s seen a lot of progress in his views since the 2016 campaign, when he tended to deemphasize foreign policy. “His base wants him to be much more progressive,” she says, and he responded.

In a 2017 speech on foreign policy, Sanders rejected the “benevolent global hegemony” promoted by some in Washington. “I would argue that the events of the past two decades—particularly the disastrous Iraq war and the instability and destruction it has brought to the region—have utterly discredited that vision.”

Sanders has opposed all the recent US wars of aggression and has said the US should take military intervention “off the table” in Venezuela and Iran. Instead, Sanders emphasizes diplomacy and the need to root out the underlying causes of international conflict.

For sure, Sanders, as a democratic socialist, is still a captive of some Cold War myths. For example, in his 2017 speech he praises the Marshall Plan as an example of the US unselfishly helping to rebuild Japan and Germany after World War II. In fact, the Marshall Plan was aimed at tying those countries to US corporate interests and isolating the then-USSR. And it’s not clear how Sanders might react if confronted by liberals calling for military intervention on humanitarian grounds.

Trump and the presidential campaign

In 2016, Trump claimed to oppose the Mideast wars. But he kept US troops in Afghanistan, Iraq, and Syria, and vetoed a Congressional resolution to end US support for the disastrous war in Yemen. The drone strikes in Somalia that began under Obama have vastly increased under Trump. He’s moved the US embassy in Israel to Jerusalem, recognized Israel’s illegal annexation of the Golan and virtually eliminated the already remote possibility of a two-state solution with Palestine.

Trump also withdrew from the UN Security Council mandated nuclear accord with Iran and unilaterally re-imposed harsh sanctions. His administration declared Iran’s Revolutionary Guard to be a terrorist organization. What Democrat will move the US embassy back to Tel Aviv or acknowledge that the Revolutionary Guard is not a terrorist organization? I don’t think Biden would.

During the primaries, when Biden will face sharp criticism from the left, he may try to reinvent himself as a progressive on foreign policy. It’s true that he voted against the 1991 Gulf War and opposed the Reagan administration’s aid to the Nicaraguan contras. And as vice president, Biden established a dovish reputation compared to hawks such as Secretary of State Hillary Clinton and Defense Secretary Robert Gates. On May 1 Biden criticized Trump’s support for the Yemen War.

But the reality remains that Biden publicly defended each new war initiated by the Obama administration. When Obama and Biden took office, the US was at war in Afghanistan and Iraq. When they left the White House, the US had initiated, backed or vastly expanded additional wars in Syria, Libya, Yemen, Pakistan and Somalia.

Sanders doesn’t have Biden’s baggage and will run an issue-oriented campaign. But even if you’re not a fan of Sanders, Biden is a poor choice given the wide range of more winnable progressives. It’s time the Democrats nominate someone willing to break with interventionism and reflect the views of the American people.