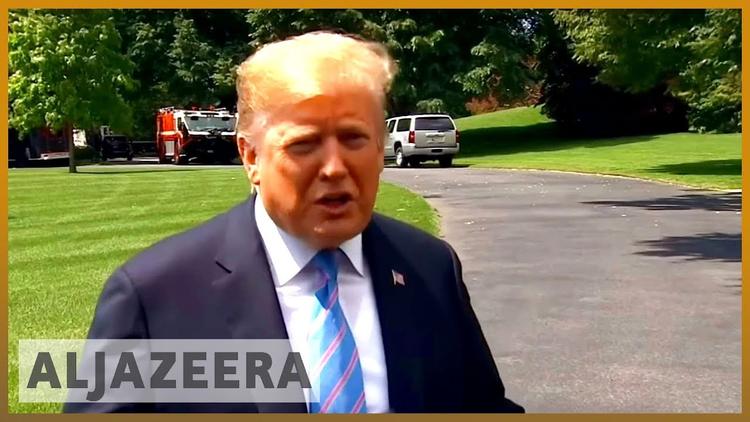 (Informed Comment) – One year ago, I wrote an article on the Trump administration’s plan for an attack on Iran. My evidence was based on Bolton’s and Pompeo’s known commitment to regime-change in Iran as well as the Trump administration’s decision to withdraw from the JCPOA. The Trump administration’s strategy, I argued, would be to back Iran into a corner by making their decision to remain in the nuclear deal costlier – politically and economically – than pulling out of it. By unilaterally imposing harsh sanctions on Iran and punishing any country that does business with Iran, the Iranians would eventually decide to pull out of the deal. The Americans would then attack. The Europeans would protest, but do nothing.

All of this is now becoming a reality. The Iranians have partially withdrawn from the nuclear deal, and will begin enriching uranium at slightly higher levels than before. The Americans have punished anybody who does business with Iran. The White house has reviewed military plans against Iran, built up American military forces in the region, and evacuated all non-essential employees from Iraq. The Europeans are skeptical of American claims that an Iranian attack is imminent. In the event of an attack, their protests will grow louder, but will fall on deaf ears in Washington.

There is no mystery about why the Trump administration is so single-mindedly focused on Iran: the Iranians do not play by American rules, and it has been longstanding American policy that regimes like Iran should be overthrown and replaced. What is special about the current situation is the confluence of foreign-policy hawks like John Bolton and Mike Pompeo, who have long advocated regime change in Iran, and the sense in Israel and Saudi Arabia that the Trump administration is the only American administration in recent history likely and willing to attack Iran. This is an opportunity of a lifetime, but the window is very narrow. All of the players are eager to seize it before it’s too late and another American administration restores the terms of the JCPOA, dashing Israeli and Saudi hopes for direct military action.

Ever since the Trump administration came to power, the Saudis and the Israelis have been pushing for a war against Iran. The Saudis are going bonkers over their losses in Syria and Yemen. Despite all his American tax-payer supported butchery in Yemen, Muhammad bin Salman has failed to secure a solid win in that theatre. Asad continues to reign over what remains of a tragically destroyed nation. Hezbollah remains strong in Lebanon, perhaps even stronger than before. Iraq remains friendlier to Iran than Saudi Arabia. Every Saudi loss, it seems, is another Iranian victory. But the Saudis cannot defeat the Iranians on their own; they need the Americans to do it for them. Pompeo and Bolton are only too willing to oblige.

Netanyahu has been begging for a war on Iran for years, but it is not the possibility of Iranian nuclear weapons he fears. Israel has more nuclear weapons than any other country in the region. Iran has no nuclear weapons. Netanyahu wants to destroy Israel’s adversary in South Lebanon, an adversary its military has repeatedly tried, and failed, to defeat: Hezbollah, a staunch Iranian ally and de facto sovereign of Lebanon. Like the Saudis, the Israelis need the Americans to defeat the Iranians for them. With Iran out of the way, Hezbollah will be so weakened that it will not survive Israel’s next war on Lebanon.

What American officials want is stability, not democracy, and by “stability” I mean the continuation and, when possible, expansion of Saudi, Israeli, and Egyptian power in the Middle East. Iran is no friend of democracy or democratic uprisings within its own borders, but it is not opposed to such uprisings elsewhere, so long as they weaken their adversaries’ grip on the region. Democracy in the Middle East is a threat to American, Israeli, and Saudi power even when the Iranians are not involved. But every American ally lost is a potential Iranian ally gained. That is a threat the Americans, Israelis, and Saudis simply cannot accept.

Tarek R. Dika is a professor at the University of Notre Dame.