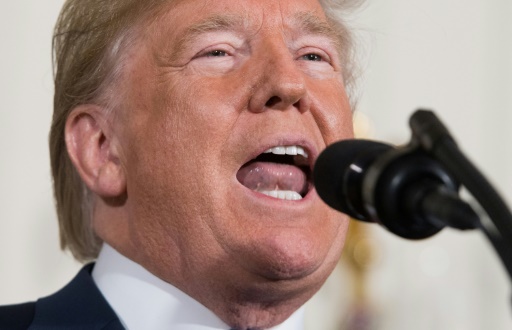 The new American strategy on Iran is to dismantle the nuclear deal and lay the groundwork for a military strike against Iran’s nuclear facilities. Mike Pompeo, Trump’s most recent Secretary of State, recently visited Saudi Arabia and Israel, and in both countries he focused almost exclusively on Iran. As yesterday’s early morning bombing of Iranian targets in Syria has shown, the Israelis are becoming increasingly concerned that a permanent Iranian military presence in Syria will harm their security.

The Iran nuclear deal (JCPOA) was specifically focused on freezing Iran’s capacity to enrich uranium over the next 25 years. In 2014, Pompeo, then Republican senator of Kansas, went on record as stating that “it is under 2,000 sorties to destroy the Iranian nuclear capacity. This is not an insurmountable task for the coalition forces.” These are not the words of a man who has much patience for diplomacy.

North Korea is different: it already has nuclear weapons and the ability to strike American targets. Pompeo speaks softly with the North Koreans, but with Iran, which has no nuclear capacities (and according to Pompeo himself, was not seeking them prior to the nuclear deal), he carries a stick. John Bolton, whose support for the criminal invasion of Iraq in 2003 is well documented, has long advocated a military strike against Iran, and he has a very cozy relationship with the Mujahideen-e-Khalq, an Iranian dissident organization dedicated to regime change in Iran.

No doubt, the Trump administration does not expect the Iranians to accept any renegotiation of the nuclear deal. This is already clear from the absurd requirements they expect the Iranians to accept in any future deal. They want Iran to refrain from pursuing its geopolitical objectives in the region while Saudi Arabia, Egypt, and Israel freely pursue their own policy of further destroying the Palestinians, supporting radical Islamists in Syria against Asad, and creating the worst humanitarian crisis in the world in Yemen.

For their part, the Iranians already see the nuclear deal as a huge compromise: Iran is a signatory to the Nuclear Non-Proliferation Treaty, and the treaty clearly states that signatories are not under any legal obligation to refrain from enriching uranium, so long as it is used for civilian, not military purposes. The fact that the Iranians even accepted this deal is already a major concession to Western powers, and the only reason they accepted the deal was to escape years of crippling economic sanctions. The idea that they would now return to the table after years of grueling negotiations is highly unlikely.

The Trump administration no doubt knows this, and must already have discussed how to react to the possibility of Iran’s decision to pull out of the deal. The Trump administration will do all it can to freeze Iran’s economy and sanction any European firm that does business with Iran, effectively re-imposing the sanctions the Iranians hoped to escape by signing the nuclear deal: “Even once all nuclear-related sanctions imposed on Iran have been lifted, Iran will remain one of the most sanctioned countries on earth.”

This de facto blockade will embolden hardliners in Iran who saw in the nuclear deal little more than capitulation to the fickle and ever-changing demands of the West. The Iranians will themselves abandon the deal if the cost of remaining in it becomes higher than the cost of pulling out. They may decide to reinstate their enrichment program. The Trump administration is betting that this will occur, and that it will cause European powers to unite behind an American military strike against Iran. All of the pieces will be in place.

No sooner did Pompeo end his brief visit to Saudi Arabia and Israel than did Netanyahu go live on Israeli television and, standing behind a screen that read “Iran Lied” in big black letters, claim that he has special evidence of a secret Iranian nuclear program. Political theatre: the Washington Post reports that most of the evidence presented dates back to 2015, before the nuclear deal was even signed, and that “intelligence experts and diplomats said he did not seem to have presented a ‘smoking gun’ showing that Iran had violated the agreement, although he may have helped make a case on behalf of hawks in U.S. President Donald Trump’s administration who want to scrap it.” He appears to have succeeded.

The meaning of Trump’s alleged “isolationism” is finally becoming clear: what he really opposes are large-scale ground invasions (which he perceives as a drain on American military resources), not air campaigns against foreign adversaries. He hired Pompeo and Bolton partly in order to pursue a more aggressive strategy against Iran. They know what they are doing.

An American strike against Iran raises the specter of a wider regional war. Unlike their mute response to Israel’s recent strike against Iranian targets in Syria, the Russians will likely see any attack on Iran as an attack on one of their key assets in the region. Those opposed to military action against Iran urgently need to start speaking up now if they hope to inform the American public on the disastrous consequences any attack against Iran is likely to have, for the region and for the Iranian people themselves.

Cover Photo: US President Donald Trump has announced his decision to withdraw from the Iran nuclear deal, but his administration wants inspections of Tehran’s nuclear sites to continue, officials say.