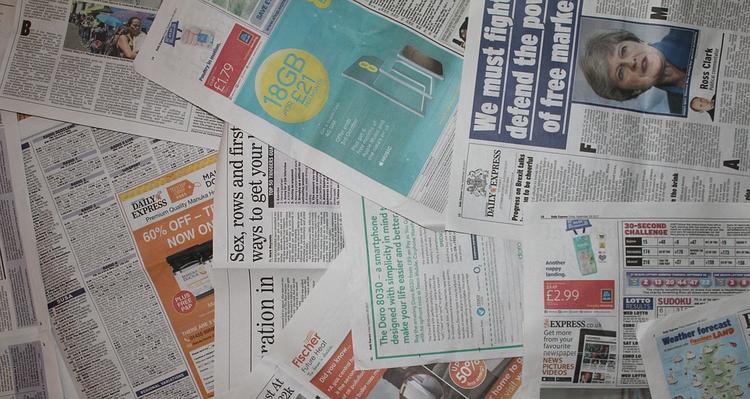 After nearly 150 years in business – as a business – The Salt Lake Tribune wants to become a nonprofit.

But first its owner is seeking approval from the Internal Revenue Service for tax-exempt status. The federal agency in charge of collecting taxes also gets to say which organizations don’t have to pay them and are eligible for related tax benefits. If the IRS decides the Tribune’s mission meets federal charitable standards, the newspaper could rely heavily on donations as its revenue from ads and subscriptions continues to dry up.

This is happening as a nonprofit wave is spreading across journalism, something I’ve been studying for the last decade. Congress enacted the Internal Revenue Code, and the IRS enforces it, which of course involves some element of interpretation. The future of journalism, though, shouldn’t be riding on how that interpretation plays out. Instead, I believe Congress should revise the code with an eye to preserving and promoting quality journalism.

While some outlets, like Mother Jones, founded in 1976, have been nonprofit for decades, the sector exploded 10 years ago. It includes ProPublica, a Pulitzer-Prize-winning source of investigative reporting, and the Wisconsin Center for Investigative Journalism, a regional outlet aimed at improving reporting on the state of Wisconsin.

These organizations are primarily funded by foundation grants and donations from readers rather than subscriptions and ads. They tend to serve niche or hyperlocal audiences or do expensive and generally unprofitable investigative work. As is the case with The Conversation US, they often produce coverage that no commercial enterprise regularly provides.

A second, much smaller, group consists of newspapers that belong to nonprofits or churches. In Philadelphia, where I live, philanthropist H.F. “Gerry” Lenfest created a foundation and gave it the Philadelphia Inquirer and the Philadelphia Daily News, ensuring both newspapers will remain locally owned.

Businessman Paul Huntsman, the Tribune’s owner and publisher, is the first in the country trying a third option: making his newspaper itself a nonprofit.

What isn’t debatable is that the business model for reporting and relaying the news is in big trouble. Newspaper ad revenue soared throughout much of the 20th century, peaking in 2000, and then fell off a cliff, dropping from US$48.6 billion to just $16.6 billion in 2017.

Circulation – the total number of papers sold – is down but the revenue from subscriptions and newsstand sales has grown. Newspaper sales generated $11.2 billion in 2017, up from $10.3 billion in 2007, though that didn’t begin to plug the hole caused by lost ad dollars.

As a result, U.S. newspapers employ far fewer people than they used to. The total number of their reporters, editors, photographers and film and video editors fell to 39,210 in 2017, a 45% decline from 2004.

But this doesn’t matter only to the journalists who can no longer find work in their profession. Most experts agree that high-quality journalism is essential to a functioning democracy. Without it, unsubstantiated rumors and sensationalism fill the void and mislead the public. The consequences can be dramatic, as evidenced by the misinformation-fueled movement against vaccinations now causing measles outbreaks.

A benefit for all

You benefit from the fact that local news exists, even if you don’t subscribe to your local newspaper. And you probably don’t. A 2018 Pew Research Center study found that just 14% of Americans said they paid for local news.

Many studies have shown that when newspapers suffer, we all do. When newspaper staffs shrink, fewer people run for mayor. When papers close, voter turnout falls and cities and counties spend more to borrow money.

In other words, local news helps communities function better for everyone – not just subscribers.

Huntsman, whose self-made billionaire father gave away hundreds of millions of dollars, himself has alluded to this notion. “I have always seen The Salt Lake Tribune as Utah’s institution, much like our libraries, hospitals and the arts and cultural organizations that enrich our lives and reflect our shared civic goals,” he said upon announcing the nonprofit plan.

In the case of other services that benefit just about everybody, like public schools and parks, the government picks up the tab. With journalism, that has largely not been the case in the United States to date. Federal tax dollars only cover a small portion of the budgets for public radio and television programs. New Jersey and other states do shore up their local media outlets but generally on a small scale.

Huntsman does not want to follow the same path as the other newspapers that opted for nonprofit ownership, such as those in Pennsylvania, Florida and the Tribune’s local competitor the Deseret News, which belongs to the The Church of Jesus Christ of Latter-day Saints. Instead, he wants his paper to itself be a nonprofit.

At issue here is whether it would be reasonable to just turn off the Tribune’s requirement to pay taxes and let it accept donations that for big givers would be tax-deductible. After all, the Tribune proposes to keep doing what it’s been doing, and what hundreds of newspapers across the country are doing.

Wouldn’t that create an unfair playing field with its competitor, the Deseret News? Although owned by a church, that paper operates as a for-profit corporation.

And it’s unclear how nonprofit status would actually allow the Tribune to keep doing what it’s been doing. Can covering professional sports be considered a mission-driven endeavor?

Given the limitations on political activity that go with nonprofit status, most likely the Tribune would have to stop endorsing political candidates and pending legislation, mainstays of American newspaper editorial pages, if Huntsman prevails. But who ought to decide what’s off-limits or not?

However these decisions are made, the people making them should be concerned with urgent questions regarding the future of information and democracy – rather than what the tax code says about which organizations have historically been free to accept tax-deductible donations.

Editor’s note: This article has been updated to clarify how much discretion the IRS has in these matters.