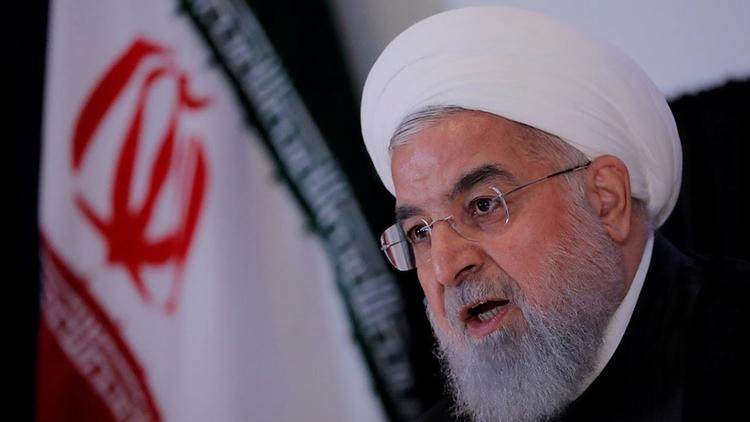 (RFE/RL) – As verbal sparring, economic pressure, and military jockeying intensify between Tehran and Washington, Iranians are closely following the standoff and appear increasingly alarmed at the prospect of a conflict with the United States.

Even conservative authorities and frequently combative media in the Shi’a-majority country of around 81 million people look to be treading cautiously.

The reformist Seda magazine was reportedly shut down by Iran’s hard-line Judiciary after it ran a photo of U.S. warships in the Persian Gulf next to a headline describing the situation as At The Crossroads Between War And Peace. Conservatives had accused Seda of parroting the voice of hawks in U.S. President Donald Trump’s administration.

Since a U.S. aircraft-carrier battle group was conspicuously ordered into the region last week to “deter” against any attacks against “American interests” in the Persian Gulf region, U.S. officials on May 15 ordered “nonessential government employees” out of nearby Iraq and issued a fresh travel warning to citizens, citing “terrorism, kidnapping, and armed conflict.”

Iran has responded defiantly but has also echoed Washington’s public assurances that it is not seeking “war” between the two longtime foes. Iranian officials have publicly dismissed the U.S. military moves in the region as “psychological warfare” while insisting they are militarily prepared to deter any aggression.

Iran is estimated to have more than 500,000 active military personnel and 250,000 more reserve forces.

But experts suggest its main deterrents lie in its cyberoperations, its arsenal of short- and long-range ballistic missiles, its threats to choke off a strategic conduit for oil shipments between the Persian Gulf and the Gulf of Oman, and its possible return to disputed nuclear activities that critics suggest are aimed at a bomb-making capacity.

Many Iranians use anti-filtering and other tools to evade the regime’s heavy censorship and access Persian-language broadcasts and social media based outside the country, and some of them have spoken out to oppose any drumbeat of war.

The result is an accumulation of reminders of the devastation of Iran’s past conflicts — particularly the 1980-88 war with Iraq and its many hundreds of thousands of Iranian “martyrs” — and warnings about the destruction of a new war for a country already hobbled by U.S. trade and economic sanctions.

“Do you agree with a military attack against the Islamic republic?” one Netherlands-based Iranian activist asked on Twitter, hinting at the chasm that sometimes divides Iranians inside the country from diaspora Iranians eager for outside help to displace the clerical leadership that came to power in 1979.

“Even asking [such a question] is wrong,” responded another via Twitter, adding that “any change should be made by the people themselves.” “Do you even know the consequences of war? You know that innocent people are killed and Iran is destroyed!!!”

Many Iranians still have vivid memories of the 1980-88 war with Iraq that destroyed cities and left hundreds of thousands dead on both sides.

Some posted images of death and destruction — some of them graphic — to warn of a conflict.

Others recalled soldiers killed during the Iran-Iraq War by posting photos of headstones alongside the hashtag #no_to_war and #NoWarWithIran in Persian and English.

“Tomorrow’s generation will never forgive the hawks and warmongers of today,” Tehran-based journalist Masud Bastany wrote alongside a photo of a child injured during the war with Iraq and a graphic urging “No war with Iran.”

“Four years ago, we celebrated the nuclear deal, hoping for a better future,” a mother of two wrote on Facebook from the Iranian capital. “But now we’re suffering under sanctions and rising prices while worrying about another war.”

She added: “I don’t want my children to experience a war.”

In the northeastern Iranian city of Neyshabur on May 10, Iranian Culture Minister Mohammad Bathaei reportedly suggested that millions of Iranians students were ready to die for their country.

“We now have 14 million students who, if necessary, are ready to sacrifice themselves,” Bathaei was quoted as saying.

The comment led to criticism, including condemnation by the Tehran-based Society for the Protection of Children, which said that officials should not presume to speak for millions of young people.

During the war with Iraq, Iran sent thousands of child soldiers as volunteers to the front lines, including to heavily mined areas.

There were reports of attacks on four oil tankers off the coast of the United Arab Emirates, with unnamed U.S. officials saying that Iran is a suspect without publicly offering any evidence.

Iran recently announced that it was scaling down on some of its commitments under a 2015 nuclear deal that was abandoned last year by the Trump administration.

But Trump has dismissed as “fake news” a May 13 report by The New York Times suggesting that the White House was reviewing plans to possibly deploy up to 120,000 troops to the Middle East if Iran attacked U.S. forces or accelerated work on its nuclear program.