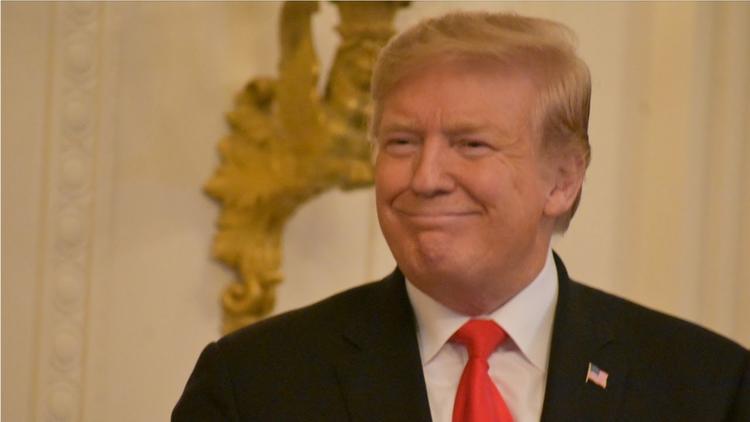 As a veteran, I was astonished by the recent news that President Trump may be considering pardons for U.S. military members accused or convicted of war crimes. But as a scholar who studies the U.S. military and combat ethics, I understand even more clearly the harmful long-term impact such pardons can have on the military.

My research, along with my military experience, shows that these pardons can potentially corrode the U.S. military’s culture of ethics and respect for the law of war, with effects lasting for decades.

During my military career, I saw up close U.S. service members’ powerful sense of brotherhood and duty.

Despite this, many war crimes prosecutions of U.S. service members in Iraq and Afghanistan started with reports from fellow soldiers. Similarly, despite the strong bonds within the SEAL community, U.S. Navy SEALs reported the alleged atrocities of their platoon chief, Edward Gallagher – one of the service members Trump is considering pardoning.

In such cases, U.S. service members have often been motivated by a belief that reporting such violations is important for both the integrity and mission of U.S. military.

Their sense of duty was more important than even the bonds of brotherhood. This fact is what makes the President’s consideration of pardons so shocking.

It took years for the military to learn that hurting civilians harms both the mission and the sense of duty and honor within U.S. military culture.

During the Vietnam War, many U.S. troops viewed the Vietnamese civilians as supporters of the enemy, leading to massive atrocities, including the infamous massacre of hundreds of civilians at My Lai.

U.S. Army commanders learned the hard way that these atrocities contributed to greater indiscipline and a loss of professionalism within the U.S. military. It took the military a generation to recover.

Because of this, the U.S. military drastically shifted focus after Vietnam, creating, among other initiatives, the Department of Defense Law of War program to transform U.S. military culture.

In my research, I’ve had the opportunity to view up close the impact of this training in ethics and the law of war.

My surveys of Army cadets and officers show that, despite a number of notable incidents, this training overall produces greater respect both for the law of war and for civilians on the battlefield.

Such a focus can have powerful effects on combatants: Intensive training in combat ethics and the law of war can lead military members to prioritize the protection of civilians.

Just as importantly, as American soldiers learned in Iraq and Afghanistan, such indiscipline turns civilians against the U.S. military, hurting its ability to win wars.

It is for these reasons that many veterans and commanders have so strongly opposed the president’s pardon plans. Military ethics and military effectiveness both demand discipline, adherence to the military’s rules of engagement, and abidance of the Uniform Code of Military Justice.

The wisdom of a lieutenant

At one notable point during my field research, I observed how West Point brings officer graduates back to share combat leadership lessons with soon-to-be-commissioned senior cadets.

I listened to one Army lieutenant, recently returned from Iraq, sum up his hard-earned wisdom: “It all starts with shooting the dogs. If you don’t step in with discipline then, you’ve lost your troops when they want to do much, much worse.” The lieutenant had learned in combat that discipline required a commitment to military rules and law for all violations, big and small.

Presidential pardons for U.S. troops involved in war crimes, prior to or following court martial, is a signal from the military’s commander-in-chief that it is now okay to “shoot the dogs” – along with doing much, much worse.