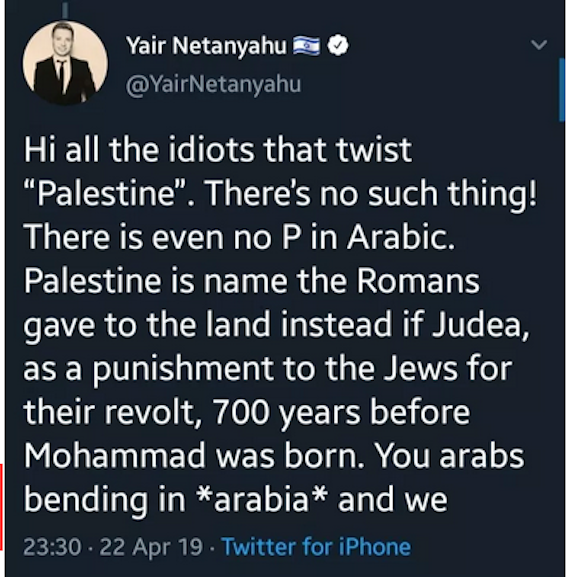 (Al-Shabakah) – Israel is a world leader in cybersecurity technologies and surveillance and, on platforms like Facebook and Twitter, uses predictive social media policing systems to increasingly limit Palestinians’ freedom of expression. These systems locate users by matching traits like age, gender, and location with keywords like “resistance” and “martyr.” Israeli authorities then target these users by censoring their posts and pages, deleting their accounts, and, in the worst cases, arresting them.

This is occurring at the same time that the number of online attacks against Palestinians from Israelis are on the rise. The Israeli government and police ignore these attacks, increasing the risk of Palestinians being targeted offline by non-state actors.

7amleh – the Arab Center for the Advancement of Social Media monitors and documents racist and discriminatory speech online, and for the past three years has compiled the Index of Racism on Israeli Social Media. The latest edition, published in March 2019, shows an increase in inciting posts against Palestinians in Israeli social media networks, with such content posted every 66 seconds, up from every 71 seconds in 2017.

Facebook is the main platform where incitement against Palestinians is taking place (66%), followed by Twitter (16%), where the number of inciting posts has more than doubled since 2017. Throughout 2018, Israeli social media published a total of 474,250 insulting, racist, and inciting posts against Palestinians, mainly in reference to the July 2018 passing of the nation-state law, which declared Israel a state of the Jewish people and downgraded Arabic from an official language to one with “special status.”

On Facebook, instances of online incitement are concentrated particularly on the pages of Israeli news sites and right-wing groups. These posts are to a large degree directed against Palestinian members of the Knesset, Palestinian politicians and their political parties, and Palestinian citizens of Israel, including even mainstream figures such as television news anchor Lucy Harish. One out of ten social media posts against “Arabs,” the term used by Israelis to deny Palestinian identity, contains hate speech or calls for such violence as rape and murder.

Meanwhile, Israel has been unrelenting in its efforts to blame social media companies and threaten them with coercive legislation for the rise of Palestinian “incitement” online. What Israel has attacked as instances of Palestinian incitement is often dubious. One notable example has been the poetry of Dareen Tatour, a Palestinian citizen of Israel whose call to “resist” the occupiers in a poem she posted online in October 2015 resulted in nearly three years of house arrest and five months imprisonment. The Israeli government charged Tatour with inciting violence and terrorism, demonstrating Israel’s use of vague terminology to criminalize online activity when it serves its discriminatory interests.

In January 2017, the Knesset approved the first reading of the “Facebook Bill,” which would grant Israeli administrative courts the power to block internet content that amounts to online “incitement.” The bill would authorize the deletion of content “if it harmed human safety, public, economic, state, or vital infrastructure safety.” It applies to social media giants such as Facebook, Twitter, and YouTube, as well as search engines such as Google, and would include fining or even blocking them from operating in the country.

The bill advanced to its final reading in July 2018 before Prime Minister Benjamin Netanyahu requested that it be reconsidered due to local and international criticism that it would curtail freedom of expression. The bill’s critics assert that it would primarily have negative effects on the free speech of Palestinians in the West Bank, Gaza Strip, and Israel, but also on other Israeli citizens, due to the broad and vague definitions of “incitement” and “national security.”

The bill exemplifies the influence that powerful states like Israel can exert on private corporations to uphold and drive their discriminatory political agenda – as well as how the safety and well-being of Palestinians is disregarded and undermined by the Israeli authorities.

Al-Shabaka Policy Member Nadim Nashif is the executive director and co-founder of 7amleh: The Arab Center for the Advancement of Social Media. Nadim is a committed Digital Rights Defender and long time community organizer, who has worked on youth and community development issues for over 20 years. Nadim founded and previously served as director of Baladna, The Association for Arab Youth. He founded and coordinated the youth wing of the Balad political party before becoming Director at the Committee for Educational Guidance for Arab students. He is also the co-founder of Wusol Digital Academy, a digital marketing educational center.