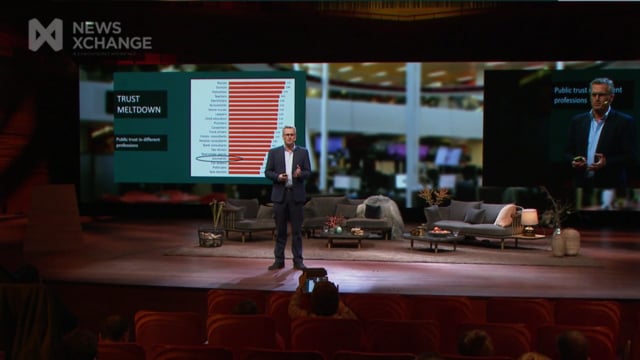 By Dimitrinka Atanasova and Kjersti Fløttum | –

Days after the British parliament declared a “climate emergency”, The Guardian announced that it would start using “stronger” language to discuss the environment. Its updated style guide states that “climate change” no longer accurately reflects the seriousness of the situation and journalists are advised to use “climate emergency”, “climate crisis” or “climate breakdown” instead.

Though it may seem inconsequential, language choices really do matter. How we label an issue determines how we frame it. Back in 2003, Frank Luntz told the US Bush administration that it’s time to start talking about “climate change” instead of “global warming”, because the former sounds less frightening. Explaining The Guardian’s decision, editor-in-chief Katharine Viner said that “climate change” sounds “gentle” when in fact scientists are describing “a catastrophe”.

While scientists’ responses to this move have been mixed, The Guardian’s changing language is prompting reviews in newsrooms around the world. In Norway, the Morgenbladet recently announced that it will follow The Guardian’s example.

But how novel is The Guardian’s use of “strong” language and what could be its impact?

The war on climate change

An opinion piece published in The Guardian a few days after its style guide was updated argued that “the climate crisis” needs to be covered in the same way as “the start of the second world war” and that the duty of the news media is to “awaken the world to the catastrophe looming ahead of it”.

The Guardian and other leading British newspapers already have a history of reporting on the environment in ways that resemble covering a protracted state of armed hostility. Op-eds and editorials published in The Guardian have often used metaphors to talk about climate change in terms of war. We have read many times of carbon tax proposal “battles” led by “eco-warriors”.

War metaphors might yield positive results. They may create the necessary conditions for politicians to push ambitious proposals for dealing with climate change, the same way the threat of invasion galvanised British resolve to mass produce weapons and implement rationing in World War II.

But the “strong” language of “breakdown”, “crisis”, “emergency” and “war” may have unintended consequences.

Evoking war instils fear in readers, and much has been written about these “fear appeals” and climate change. Some suggest that scaring the public about climate change will motivate individual action and stimulate support for wider social change. Even if this strategy succeeded some of the time, wars are destructive and divisive. Addressing climate change means working together.

Fear appeals might also have the opposite effect to what is intended, causing indifference, apathy and feelings of powerlessness. When people see a problem as too big, they might stop believing that anything can be done to solve it. If fear is to motivate people, then studies suggest that a solution must also be presented to focus minds on action.

Surveys of Norwegians aged 16–17 conducted in 2013-14 showed that young people wanted to learn about the positives – how they could contribute to reducing the dramatic consequences of climate change. It was their optimism about the future that drove their engagement with the issue and their commitment to act, not fear.

As millions of young people worldwide join Greta Thunberg on the school climate strikes, is there any doubt that people want the chance to apply their skills and passion to solving climate change?

Many “wars” have been declared by politicians – on drugs, obesity and poverty – which were fought on the pages of newspapers. Negativity has traditionally been key to defining what is news. News tends to be about bad things that are happening in the world. After all, we never hear a journalist tell us they’re “reporting live from a country where a war hasn’t broken out”.

Informing people about wars, crises and emergencies is an important part of the media’s role, but we may have reached “peak negativity”, where the news is so full of serious crises that people are increasingly avoiding it. They are left feeling disengaged, demotivated and depressed about the state of the world and their role in it.

Constructive journalism should take a solution-focused approach that covers problems with the appropriate seriousness, but also answers the inevitable “what now?”, by describing how similar problems have been addressed elsewhere in the world. Awareness of climate change is high and growing, but the potential solutions need more attention.

In May, The Guardian joined the Covering Climate Now project, which aims to identify and share coverage of climate change that is as much about solutions as about detailing the problem itself. Perhaps this should have been the story that grabbed the headlines instead of redefining the “climate crisis”.