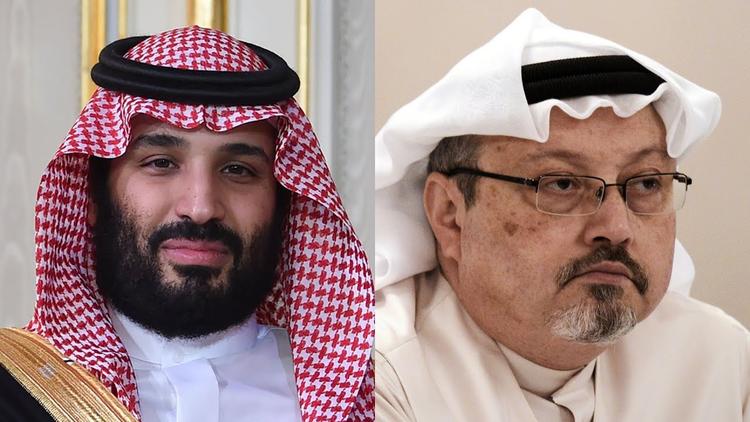 Saudi Crown Prince Mohammed Bin Salman tried to pre-empt the release of the final report of the international inquiry into the killing of Saudi journalist Jamal Khashoggi by giving an interview to journalist Ghassan Charbel of the London-based Arabic newspaper Asharq Al-Awsat on Sunday, 16 June.

The Khashoggi crisis has returned to the headlines since the UN report on the investigations into his death was released on Wednesday, just a few days after Bin Salman’s interview was published. Revived diplomatic concerns and clashes include former Saudi Foreign Minister Adel Al-Jubeir’s warning to the UN not to take any measures against the Crown Prince or Saudi Arabia.

Bin Salman chose Asharq Al-Awsat as it is close to Saudi Arabia and was thus unlikely to ask the direct and embarrassing questions which US and European journalists would ask. The latter would include questions about the killing of Khashoggi, the siege of Qatar, the cost of normalisation with Israel and, more importantly, the nature of the relationship between the Crown Prince and the Trump administration, especially Jared Kushner, US President Donald Trump’s son-in-law. In light of this, it was highly unlikely that Bin Salman could appear on Western media platforms without being subjected to a series of embarrassing questions.

The opportunities available to him have narrowed since the Khashoggi incident last October, alongside numerous and ongoing reports dealing with the human suffering in Yemen. He began his time as Crown Prince with a long and extensive tour that included the US and Europe as well as major deals and Trump’s visit to Saudi Arabia, which was considered a major success for the young prince.

This all ended in isolation when the news broke about Khashoggi’s murder at the Saudi Consulate in Istanbul. Bin Salman was noticeable by his absence from many international meetings, especially the European-Arab meeting in Sharm El-Sheikh a few months ago, in part to avoid the frenzy that took place during his participation in the G20 summit in Brazil last year. Instead, his tours were limited to south-east and central Asia, China and India, as he tried to escape political isolation.

Escalations in the security situation in the Gulf and the recent attacks on Saudi oil tankers, facilities and airports has restored momentum for the US and its status as an indispensible ally for Saudi Arabia that is difficult to replace or ignore. We now hear Trump asking Saudi Arabia once again for more money in exchange for protection. This will add to the pressure on Bin Salman following the publication of the UN report on Khashoggi’s murder.

Thus, he focused on his economic vision in his interview with Asharq Al-Awsat, and tried to promote it as his biggest achievement, while also addressing major concerns such as Khashoggi, Iran, Turkey and the war in Yemen.

The prince made a great effort to condemn Iran and blame it for the major crises in the region, with repetition of his narrative about the war in Yemen and the conflict in the Gulf. He did, however, avoid addressing problematic issues such as the Qatar siege, the Palestinian cause and his positions on the “deal of the century”, the Bahrain workshop, UNRWA and Jerusalem. Charbel avoided such matters in his questioning, while Bin Salman himself made no mention of them in his overview of the crises and challenges in the region. His economic promises and direct concerns dominated the conversation, sending an important message to the West. He also mentioned his business deals, the latest of which was a major arms purchase worth $8 billion from the US, and another to buy aircraft from Europe’s Airbus Company.

The skill and professionalism of the interview did not hide the fears about the future of the relationship with the US, where Bin Salman is a polarising figure. He claimed that the alliance with America is strong and not affected by media campaigns. Nevertheless, his concern about the positions of a significant number of people in the West towards Saudi Arabia and its policies were exposed when he said that his government is seeking to clarify the situation to those with negative views about the Kingdom.

Bin Salman’s efforts to regain his status and engage with the media on the crises associated with his period in office did not succeed in bypassing the main issue of Khashoggi’s murder; his ghost haunts the Crown Prince and has a major impact on any evaluation of his performance, not least because the UN report proclaims that “there is ‘credible evidence’ that he and other senior officials are liable for the killing” and should be investigated. The UN special rapporteur on extrajudicial executions, Agnes Callamard, called for countries to widen sanctions related to Khashoggi’s death, to include Bin Salman and his personal assets overseas. This is a painful blow to Saudi Arabia and the ambitious Prince.

In conclusion, the Crown Prince’s anticipation of the UN report regarding the investigations into the murder of Jamal Khashoggi and his concerns over its content were clear in his interview with Asharq Al-Awsat, as he tried to address the Khashoggi issue in the context of Saudi law. He rejected attempts by some countries to exploit the crisis for domestic purposes, but he did not name them.

Nothing he did, however, was able to prevent the release of the UN report; nor could he stop the snowball effect that took Bin Salman back to where he was in October last year. This was when Callamard revealed that the team investigating the Khashoggi murder had found credible evidence of the involvement of senior Saudi officials in the incident, including the Kingdom’s Crown Prince. This issue will have long-term implications for his future and the effectiveness of Saudi policy for years to come.