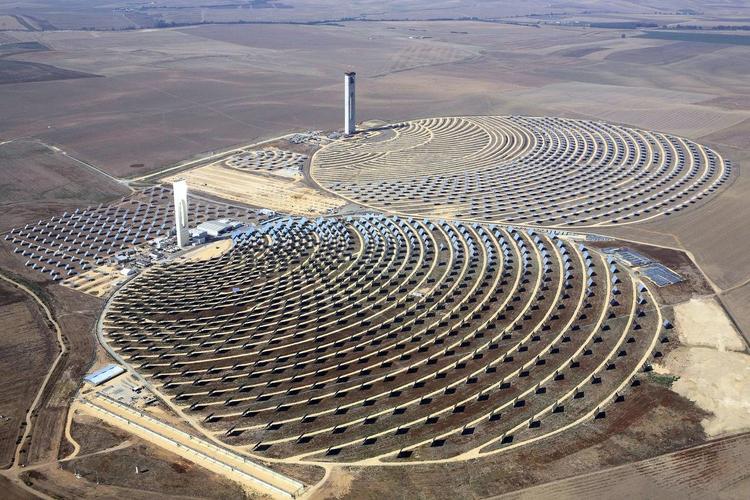 Spanish utility giant Ibedrola has laid out a plan to build Europe’s largest solar power plant in the country.

The company is currently consulting the environment ministry over building a 590-megawatt solar farm in the Western region of Extramadurra, it said in a statement on Thursday.

With a €300 million investment planned, the so-called Francisco Pizzarro plant will supply energy to 375,000 people every year and employ up to 1000 people in the process of construction, the company said.

Climate news straight to your inbox? Sign up here

The announcement comes amid increasingly competitive renewables prices and a favourable political atmosphere.

Since becoming minister for the ecological transition almost exactly one year ago Teresa Ribera has introduced climate legislation aiming to achieve 100% renewables by 2050.

In early October, Ribera scrapped the so-called “sun tax” – an unpopular levy on solar power affecting individuals and small businesses. The government has also pledged to install between 6,000 and 7,000MW of renewable power every year until 2030.

“It’s clear that policies led by Teresa Ribera have given investors more confidence to throw themselves into projects like the one that Ibedrola has announced,” Sergio de Otto, head of the Renewables Foundation told Climate Home News. De Otto said costs for building renewable energy were falling “spectacularly”.

“From our perspective, it is necessary that we – citizens and small businesses – lead the energy transition to 100% renewables by 2050, but we also understand the need for large solar plants produced by companies. We believe that in future these great installations will coexist with an extraordinary growth in small-scale renewables production. These are therefore two complementary models”