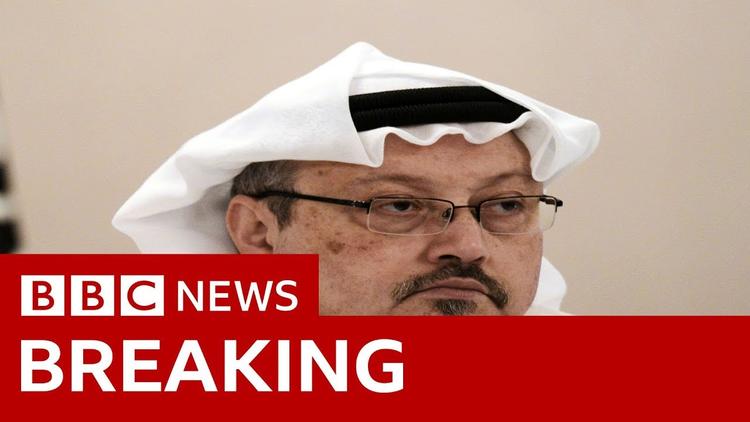 Human Rights Watch (Geneva) – The United Nations expert’s call for justice for the murder of the Saudi journalist Jamal Khashoggi should lead to the creation of a comprehensive system to monitor Saudi rights abuses, Human Rights Watch said.

Agnes Callamard, the special rapporteur for extrajudicial executions, noted on June 19, 2019, in releasing the findings of her investigation into the October 2018 killing, that there is evidence that responsibility for Khashoggi’s murder extends beyond the 11 individuals currently on trial for the murder in Saudi Arabia, and that the mission to execute Khashoggi required “significant government coordination, resources and finances.” The special rapporteur determined that there is credible evidence warranting further investigation of high-level Saudi officials, including Crown Prince Mohammad bin Salman, for their role in the murder.

“The Saudi leadership has little incentive to change its behavior unless it knows that it will be held to account for its systemic abuse and repression,” said John Fisher, Geneva director at Human Rights Watch. “It is paramount for members of the UN Human Rights Council to address the intolerance of dissent and climate of impunity that made Khashoggi’s brutal and brazen murder possible with a system to ensure ongoing scrutiny of Saudi Arabia’s rights abuses.”

In response to this and other egregious Saudi abuses, UN member countries should support targeted sanctions on members of the Saudi leadership responsible for ongoing human rights violations, the UN secretary-general should initiate a full criminal investigation as recommended by the special rapporteur, and the Human Rights Council should establish a mechanism to monitor and report on human rights violations in Saudi Arabia.

While the report did not find definitive evidence linking bin Salman to the murder, it noted that he “had played an essential role in a campaign of repressing dissidents” and that experts found it “inconceivable” that such a large-scale operation could be implemented without the crown prince being aware that a “mission of a criminal nature, directed at Mr. Khashoggi, was being launched.” The report called for further investigation into the role of top Saudi officials, including the crown prince.

The Callamard investigation, opened in January, followed the failure of UN Secretary-General Antonio Guterres to establish a broader UN investigation under his auspices. While Callamard’s report focused on Khashoggi’s murder, it also highlighted the widespread rights violations in Saudi Arabia. Further monitoring is needed to address the underlying repression and abuse of dissidents and activists out of which the murder took place, Human Rights Watch said.

After a series of denials, Saudi Arabia acknowledged that government agents murdered Khashoggi in October 2018 at the country’s Istanbul consulate. But the Saudi authorities have provided little information about the trial of all people accused of his murder and appear to be shielding high-level current and former officials implicated in the murder from additional scrutiny.

Khashoggi’s murder took place amid successive waves of arrests of Saudi dissidents, clerics, journalists, intellectuals, businesspeople, royal family members, and women’s rights activists after bin Salman became crown prince in July 2017. Authorities have subjected many to unfair trials, and some have alleged that authorities tortured them in detention.

In May 2018, just weeks before Saudi authorities lifted the ban on women driving on June 24, they launched a widespread arrest campaign against the women’s rights movement, detaining nearly 20 people. It brought 11 women to trial in March. At least four of the women said that they were tortured in detention.

The charges against the women on trial include speaking about women’s rights to international journalists, diplomats, and international human rights organizations. Eight women have been temporarily released while still facing trial, but at least five women’s rights activists and one man associated with them remain detained.

On April 23, 2019, Saudi Arabia announced the mass execution of 37 men in various parts of the country. At least 33 were from the country’s minority Shia community. They had been convicted following unfair trials for various alleged crimes, including protest-related offenses, espionage, and terrorism.

Beginning in mid-2018, Saudi prosecutors began seeking the death penalty against peaceful dissidents on charges related solely to their alleged activism or political affiliations. Those on trial in capital cases include several prominent clerics, intellectuals, and academics detained in September 2017. Among the clerics is Salman al-Awda, who is on trial solely for alleged ties to the Muslim Brotherhood and opposition to Saudi government policies.

One detainee, Murtaja al-Qurairis, faced a capital trial for protest-related crimes and violent acts even though he allegedly committed some of the offenses while he was just 10 or 11 years old. He was arrested when he was 13. On June 15, 2019, most likely as a result of international pressure, Saudi authorities told Reuters that al-Qurairis had received a 12-year sentence and could be released by 2022.

Saudi Arabia’s discriminatory male guardianship system remains intact despite government pledges to abolish it. Under this system, adult women must obtain permission from a male guardian – usually a husband, father, brother, or son – to travel abroad, obtain a passport, marry, or be discharged from prison. Women may be required to provide guardian consent to work or to receive health care.

In today’s report, the special rapporteur noted that to avoid repetition, Saudi Arabia should release all individuals imprisoned for the peaceful expression of their opinion and belief; independently investigate all allegations of torture and lethal use of force in formal and informal places of detention; and independently investigate all allegations of enforced disappearances and make public the whereabouts of individuals disappeared.

In March, 36 countries at the Human Rights Council endorsed a joint statement delivered by Iceland calling on Saudi Arabia to improve its human rights record. The statement condemned Khashoggi’s murder, urged an end to Saudi Arabia’s use of counterterrorism regulations to target dissidents and human rights activists, and called for the release of the Saudi women’s rights activists. As a member of the Human Rights Council, Saudi Arabia should be subject to increased scrutiny to ensure compliance with membership obligations.

“Human Rights Council member countries should move to end the climate of impunity around Saudi Arabia’s escalating repression,” Fisher said. “Given the level of abuses at home and abroad, amounting to crimes, Saudi Arabia’s leadership should face sanctions until they end the abuse. A comprehensive UN monitoring mechanism would be a major step toward accountability and justice.”