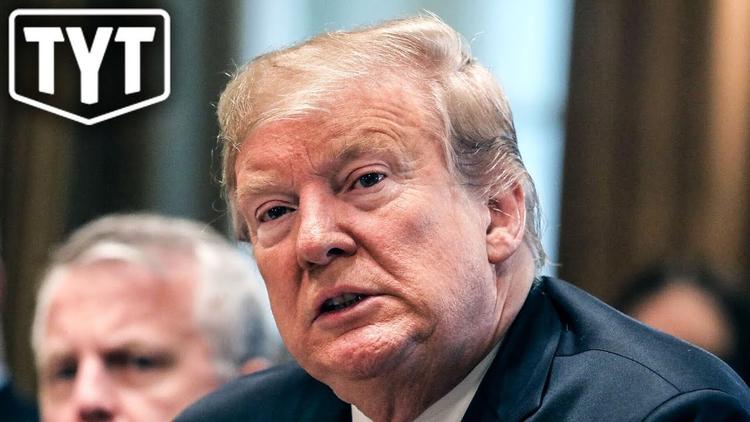 (Foreign Policy in Focus) – What would it take to talk Trump out of war with Iran? A good, ripping yarn about peace — with a starring role for himself.

The ongoing conflict with Iran showcases all the reasons why Donald Trump remains a hit with his base.

First of all, the guy tells a ripping yarn. While critics of U.S. policy drone on about complex agreements with opaque acronyms, Trump boils down the problem to a TV episode with a ticking clock. The bad guys shot down a U.S. drone. The good guys prepare to strike back. But the greatest president of all decides at the last moment — with only ten minutes to spare — to take his finger off the trigger and save the day. Or, at least, that’s how The Donald tells it.

Trump also presents himself as all things to all people. He threatened Iran with war. But he also promised to restart negotiations with the country. He opposed the nuclear agreement that the Obama administration, among others, patiently negotiated. But he offered (however implausibly) to put a better one in its place. He decided to rescind his authorization of airstrikes on Iranian infrastructure. But he also went ahead with cyberattacks and additional economic sanctions, all of which add up to a war with Iran in everything but name.

What should ordinarily be a defect — Trump’s rapid oscillation in positions — becomes a virtue in this era of instantaneous news. The country hangs on the man’s every tweet. Which Trump will emerge the winner in the battle among the president’s many avatars: Killer Trump, Dealmaker Trump, Madman Trump, Joker Trump? The man keeps you guessing, which is an indispensable element in this age of infotainment.

In the end, Trump has successfully made politics all about himself. It’s not just that he has asserted executive privilege over the legislative branch. It’s not even that he’s ignored the advice of his cabinet and concentrated decision-making power in his own hands.

It’s worse than that.

When it comes down to a potential war with Iran — or one with North Korea or Venezuela or China — even Trump’s opponents are left rooting for…Trump. They hope that, in the end, the better angels — or at least the more opportunistic ones — of the president’s nature will prevail over the lesser angels of John Bolton and Mike Pompeo.

The only person who can stop Trump, in other words, is Trump. This is not democratic politics. This is the politics of the man on the white horse, of the caudillo, of the generalissimo.

The Triumph of Conflict

Barack Obama is an intellectual. Even when he waxed martial, he did so in an intellectual way, like when he supported the just war doctrine in his Nobel Peace Prize address. Obama was judicious to a fault. He went back and forth on issues as he weighed the various pros and cons. He didn’t push ahead with a program unless he thought it had a very good chance of success and widespread support.

Trump is another creature altogether. He doesn’t think through problems. He thinks around them. He keeps the nation updated on the various unformed ideas in his head on a regular basis. The result of this process is endless conflict. There’s the conflict of positions inside Trump. But there are also the conflicts that Trump generates with everyone around him — the appointees that he’s always on the verge of firing, the institutions of government, large swaths of the American population, a variety of international institutions, and virtually every major country of the world.

In the same way that Marx turned Hegel on his head, Trump has turned Marx on his head. The president wages class struggle virtually every minute against his enemies, which are essentially the 99 percent (of the United States and of the world).

Of course, there’s another way of looking at this triumph of conflict. For all his invocations of a golden age of the past, Donald Trump is actually a Futurist.

Consider, for example, these lines from the Futurist manifesto, written by the poet Filippo Tommaso Marinetti:

We want to glorify war — the only cure for the world — militarism, patriotism, the destructive gesture of the anarchists, the beautiful ideas which kill, and contempt for woman… Beauty exists only in struggle. There is no masterpiece that has not an aggressive character. Poetry must be a violent assault on the forces of the unknown, to force them to bow before man.

Trump might have a personal aversion to military conflict. He opted out of the Vietnam War. He once claimed, to Howard Stern, that having sex with lots of women, and risking sexually transmitted diseases, was somehow more courageous than going into battle. He has occasionally voiced skepticism about U.S. military engagements overseas, such as the Iraq War.

But the man pursues all sorts of other wars. He has declared war on undocumented Americans. He is battling Congress over various investigations (and, occasionally, legislation as well). He has declared trade wars against allies and adversaries alike. He continues to struggle against Hillary Clinton, however ludicrous that might seem.

And, of course, he has bombed Syria (twice), considered air strikes against Iran and North Korea, contemplated military action against Venezuela, and blocked congressional efforts to end U.S. military support for the Saudi-led war in Yemen.

Like his Futurist forebears, Trump is aggressive, misogynistic, hyper-patriotic. Governance, for him, is a violent assault on the forces of the unknown in order to force them to bow before none other than Trump himself. As Marinetti once wrote about art in his manifesto, Trump approaches politics as if it were “nothing but violence, cruelty, and injustice.”

Marinetti penned his Futurist manifesto in 1909. His movement applauded Italy’s entry into World War I. The Futurists who survived that war would eventually rally around the political figure who best embodied the movement’s fascination with militarism, masculinity, and modernity. In their support for Benito Mussolini, the Futurists morphed into fascists.

There but for the grace of America’s remaining democratic institutions goes Trump.

Fact-checking Donald Trump is truly a Herculean effort: as in the Augean stables, there’s always more bullshit to deal with. And the fact-checkers are largely preaching to the converted. Itemizing all of Trump’s mischaracterizations of Iran, for instance, is like pointing out all the ways that Star Trek departs from the rules of verisimilitude. Fans don’t care. And everyone else doesn’t listen.

Some world leaders have opted for flattery. South Korean President Moon Jae-in, for instance, has gone out of his way to praise Trump’s leadership, statesmanship, and all-around sagacity. That hasn’t prevented the U.S. president from squeezing South Korea hard on trade and the financial contributions that Seoul makes to the maintenance of U.S. troops on the Korean peninsula. And Trump hasn’t pulled off an agreement with North Korea yet. So, flattery will only get you so far.

What’s left, for those who can’t stomach flattery, is storytelling.

Trump, remember, tells a compelling story. Those who want to prevent a war with Iran have to tell a better story, without technical terms, without acronyms, without the usual inside-the-Beltway vocabulary. Such a story should do an end run around Trump’s reduction of politics to what’s going on inside his own head — by not mentioning Trump at all.

It’s also not a story about Iran. A deep vein of suspicion runs through the American public about the country that held U.S. hostages for 444 days four decades ago. As with North Korea, most Americans simply don’t care about the fate of Iranians.

Rather, this must be a story of what has made America (occasionally) great — Nixon shaking hands with Mao, Reagan shaking hands with Gorbachev, George W. Bush setting up an AIDS relief program in Africa, Republican senators (other than John McCain) supporting rapprochement with Vietnam. It’s the story that puts a Republican face on diplomacy. It’s a story and a set of visuals that should attract support from precisely the base that speaks to Trump. It’s a story that would not look out of place as a PSA on Fox News.

To prevent a war with Iran, you can’t fight Trump’s fire and fury with an equal but opposite fire and fury. But you can just possibly win with a ripping yarn about peace.

The Young Turks: “Trump’s War Of Words With Iran”