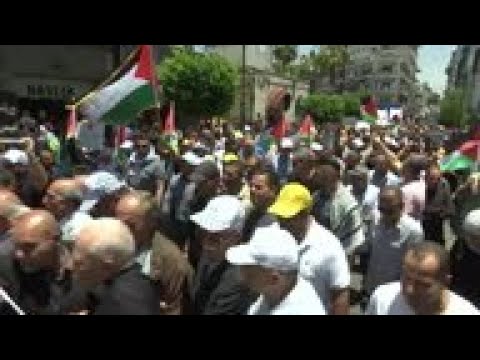 Jared Kushner and Benjamin Netanyahu must have considered it the longest of long shots but what if the Palestinians by some wild stretch of the imagination had called their bluff on the “deal of the century”; what if they had suddenly decided to turn up in Bahrain for the “Peace to Prosperity” workshop this week?

To guard against any such thing happening, Israel’s Ambassador to the United Nations, Danny Danon, wrote a deliberately offensive and insulting opinion piece on 24 June that the New York Times was happy to publish. “What’s wrong with Palestinian surrender?” mused Ambassador Danon. “Surrender is the recognition that in a contest, staying the course will prove costlier than submission.” Having backed the Palestinians into a corner from which they could only say no, Kushner then had Danon stick the knife in.

The message, in all its arrogance, was clear: if you don’t take what is on offer, it is going to get a hell of a lot worse. However, we know we have made it impossible for you to take what is on offer, so guess what? The two state solution is well and truly dead; the path to a greater Israel is secured; welcome to the new reality of Palestinian Bantustans in the West Bank and Gaza. And, oh yes, we promise to throw cash at you, $50 billion; that’s a lot of dosh, if you do what is commanded of you. If you don’t, well that money is off the table.

While many commentators have rightly attacked the New York Times for publishing an openly racist and hate-mongering piece, they may have missed the larger significance of what is happening at speed in the killing of the two-state solution. The day before the Danon article, US National Security Advisor John Bolton accompanied the Israeli Prime Minister to land overlooking the Jordan Valley, the most fertile region of the West Bank. Nearly 90 per cent of the valley has been allocated to Israeli settlements and agriculture, in violation of UN Security Council Resolution 242 and international law.

A smiling and nodding Bolton, wearing a baseball cap bedecked with the US and Israeli flags, looked on as Netanyahu argued that the Jordan Valley offered what he called “the minimal strategic depth and height for the defence of our country,” whatever that means. Those who said that restoring the valley to the Palestinians was a prerequisite to peace just didn’t get it, the Israeli Prime Minister argued. No, restoring land to its rightful owners was not going to bring peace; “It will bring war and terror.” So, according to Netanyahu, a just and fair settlement that righted an historic wrong would lead to war. Yet another example of truth turned on its head and a lie declared as truth.

Bolton, resembling one of those bobble-head figures that are given out at American sports events, said that he wished more Americans could come and see for themselves how the Jordan Valley “affects Israel’s critical security position.” He was keen to assure Netanyahu that, “President Trump will take the concerns you have expressed so clearly very much into account.”

It was all eerily reminiscent of another visit that happened in March of this year. On that occasion, Netanyahu was accompanied to the occupied Syrian Golan Heights by the senior Republican senator and Trump ally Lindsey Graham. Graham promised to return to the Senate and “start an effort to recognise the Golan as part of the state of Israel, now and forever.” And so it came to pass, with Netanyahu unveiling a large plaque on the Golan on 16 June announcing the site of a new settlement to be built: in Hebrew and in English it proclaimed that this is now “Trump Heights”.

Israeli Prime Minister Benjamin Netanyahu seen at the dedication of an Israeli settlement to US President Donald Trump, in the Golan Heights on 16 June 2019 [USAmbIsrael / Twitter]

One could say that it was tacky beyond all belief or you could take the view that in the Trumpian age of impunity, if you are Benjamin Netanyahu you can get away with just about anything. No doubt the Israeli leader was emboldened to massage the presidential ego by the statement made a week earlier by the US Ambassador to Israel, David Friedman. A bankruptcy lawyer who in a previous career had worked for the Trump Organisation (and presumably knows a thing or two about dodgy real estate deals), Friedman had declared that, “Under certain circumstances I think Israel has the right to retain some, but unlikely all, of the West Bank.”

READ: The occupied West Bank is on the verge of a mass uprising

There you have it: in the eyes of Kushner, Netanyahu, et al, the path to peace lies through the annexation of what is left of most of the West Bank, including its most valuable agricultural asset, the Jordan Valley. It goes without saying, therefore, that Kushner’s Peace to Prosperity document has something to say about real estate and the settling of land claims. It is right there on page 19: “Project one, Property Ownership Resolution: Enhance court capacity to quickly and effectively resolve property disputes and contested-ownership claims.”

So the game is this: annex as much as possible using the guise of pursuing a peace deal; declare those lands and buildings already annexed as legally belonging to Israel; and then go to court to decide who gets whatever is left over. And, of course, you can guess whose courts and whose judges. Peace to Prosperity doesn’t say anything about it, but I think we know the answer.

Read the document a little further on and it gets worse. There is a whole section devoted to agriculture. It sounds wonderful until you reflect that the most valuable agricultural asset is already off the table. True, there is a water irrigation project to help sustain Palestinian farmers, but guess what? The Israelis already control West Bank aquifers including those in the Jordan Valley where they have drilled deep bores circumventing and cutting off Palestinian wells and requiring the Palestinians to buy their own water back from Israel.

Meanwhile, back in Manama, the Israelis had broken through longstanding taboos and met with senior and some not so senior representatives of Arab states. Bahrain’s Foreign Minister told an Israeli interviewer, “We do believe that Israel is a country to stay, and we want better relations with it, and we want peace with it.” That is something that would have been unthinkable before the arrival of Donald Trump in the White House. It is the Israelis and not the Palestinians who are being embraced, and Arab protestations in public about support for a two state solution sound increasingly feeble and unconvincing.

Reading Kushner’s document I was struck by the illustrations and photos of smiling Palestinians, and I wondered if these people give permission for their images to be used. Odd if they had, given the awful way that Kushner and his father-in-law have treated them. Not surprisingly, though, it turns out that no such permission was given; the pictures were lifted from, among other sources, USAid videos about an agricultural project several years ago and from a joint Palestinian-Israeli reconciliation project. USAid to the Palestinians has, of course, been cancelled by Trump, but that didn’t stop the lifting of the photographs.

Stolen land, stolen water, stolen images. The steal of the century. And the world sits back and lets it all happen. No wonder Jared Kushner is looking smug.