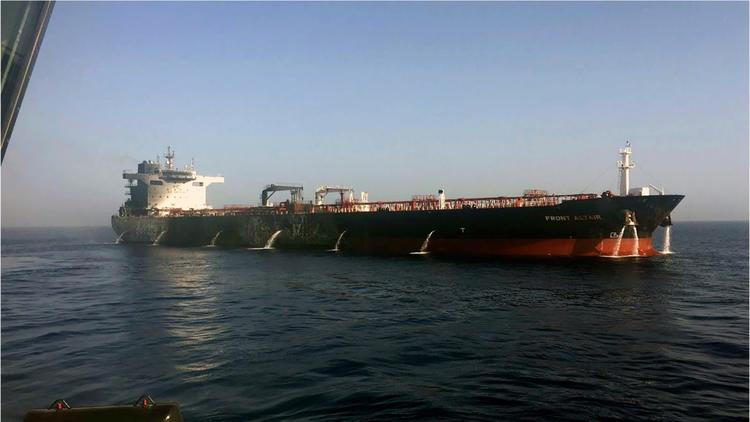 By trying to isolate Russia and Iran, the US is only isolating itself.

(Moscow) – President Donald Trump won’t go to war with Iran. That was the prediction of Russian experts I interviewed in Moscow during the height of the US-Iran crisis in May. They were right.

To date, Trump has threatened military action against North Korea, Venezuela, and Iran. But, while he has caused tremendous damage to ordinary people with tariffs and economic sanctions, he hasn’t started any new wars. Countries around the world can now, after two years of Trump, distinguish between genuine military aggression and bluster.

Russian analysts say an outright occupation of Iran would be a disaster for the US military because of the tremendous loss of life and treasure. Even a so-called limited attack on Iran’s nuclear facilities would rally the Iranian people in support of their government, says Vladimir Sazhin, an Iran specialist at the Institute for Oriental Studies in Moscow.

“The results will be the opposite of American intentions,” he tells me.

Certainly, some powerful factions in the Trump Administration advocate war as a means to overthrow the Iranian government. National Security Advisor John Bolton personally announced that Washington would send an aircraft carrier group to the Persian Gulf. Pentagon officials then planned to deploy Patriot missile batteries. War threats reached a peak when the Defense Department considered sending up to 120,000 troops to the region.

But US saber-rattling came under withering criticism at home and abroad, even from conservatives. Trump backed down. “Right now, I don’t think Iran wants to fight, and I certainly don’t think they want to fight with us,” he told reporters. He then announced plans to deploy 1,500 troops to the region, which included extending the stay of 600 soldiers who are already there.

Russian officials believe such erratic swings reflect a fundamental weakness in the American empire under Trump. I humbly agree. But that doesn’t mean all is hunky-dory between Russia and Iran.

For the last several years, Russia and Iran have allied against the US as a common enemy. Both support Bashar al Assad in Syria, oppose US military action in Venezuela, and oppose US sanctions on various countries. Both have a vested interest in keeping oil prices high to benefit their major export. Russia has defended the lifting of sanctions on Iran as called for by the seven-nation nuclear agreement. Trump unilaterally withdrew from the accord and imposed harsh new sanctions.

But Ivan Konovalov, head of the Center for Studies of Strategic Trends, notes that each country has its own political, military, and economic interests in the region.

Russia, he tells me, has three important national interests in the Middle East: “Preventing Mideast terrorists from gaining a foothold in Russia; maintaining the large Russian navy and air force bases in Syria; and keeping channels open for trade in oil and natural gas.”

Those “national interests” look suspiciously like US justifications for maintaining its hegemony in the Middle East. The people of the region don’t benefit from the presence of military bases and high oil company profits—regardless of whether they are American or Russian.

That desire for hegemony limits the level of long-term Russia-Iran cooperation. The two countries, Sazhin says, don’t have a strategic alliance but rather “a situational partnership.” Differences may emerge in the future over a number of issues.

While leaders in both Iran and Russia support Assad, they don’t agree on what kind of constitution and government should ultimately govern Syria. Iran appeals to the religious sector, including the small Shia Muslim community and the Alawite supporters of Assad. Russia has more influence among secular Syrians, particularly the military and intelligence services.

“Russia doesn’t care who the new leaders are so long as the bases stay,” Sazhin says.

More importantly, the two countries differ about Israel. Iran doesn’t recognize the existence of the Jewish state, while Russia has close ties with Israel. In the old days, the USSR sided with Arab nationalists and sought to isolate Israel. Not anymore.

Out of Israel’s total population of nine million people, some one million are former Soviet citizens or their descendants. President Vladimir Putin and Prime Minister Benjamin Netanyahu have met at least eleven times since 2015. For Netanyahu, that’s more than with any other world leader.

In practical terms, that means Russia has reached an informal compromise with Israel over its actions in Syria. Israel frequently bombs targets in Syria it claims are controlled by Lebanese Hezbollah or the Iranian Revolutionary Guard. But it has not attacked Russian bases.

“We close our eyes when the Israeli Air Force attacks Syria as long as there’s no attack on Russian installations,” Sazhin says. “It’s a gentleman’s agreement.”

Russia’s alliance with Israel has also led to downplaying support for the Palestinians. Russia rarely raises the issue, while Iranian authorities provide political and economic support to Hamas and Palestinian Islamic Jihad.

“Palestinians have a legitimate complaint about Russian policy,” Konovalov says. “Everybody has forgotten about the Palestinians.”

For the moment, however, such differences are ignored or downplayed in light of the US threat. The Trump Administration uses harsh sanctions and tariffs in an attempt to impose its will on the region. But by trying to isolate Russia and Iran, the US is only isolating itself.