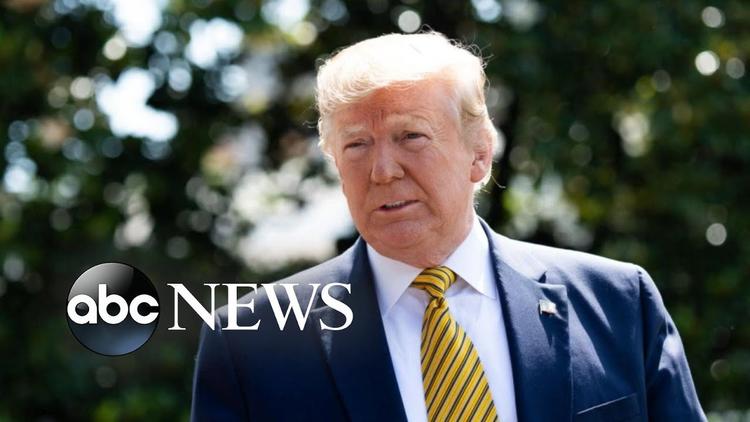 Kuwait City (Informed Comment) – Iran–US tensions have reached the tipping point. The downing of a Global Hawk RQ4C surveillance drone, a high prized US military asset, by the IRGC air defense forces on June 21, has pushed the two enemy nations to the brink of war. A shooting war may break out at any time. This is no more a fantasy, a very high probability indeed.

President Trump, in fact, declared a war on Iran on the very day (May 8, 2018) he scrapped the Iran deal, unilaterally re-imposed illegal sanctions on Iran and threatened actions against any nations that would engage in trade or financial transactions with Iran, including oil purchases. The desired outcome of this so-called “maximum pressure” policy is to coerce Iran into complete submission, to force Iran to scale back its involvements in Iraq, Syria and Yemen and to dismantle its ballistic missile programs that pose threats to US interests in the Middle East and choke off its regional allies.

The “maximum pressure” policy has started backfiring; and more importantly, it has resulted in a “counter-maximum pressure” policy Iran is currently pursuing. Iranians have dubbed harsh US sanctions as “economic terrorism”, a sort of new terrorism that simultaneously violates all international laws and is slowly strangling the Iranian economy. This is a terrorism that avowedly aims to pauperize all Iranians, multiply their sufferings day by day and slowly kill them all, sans the direct use of force triggering a hot war.

Iran’s “counter-maximum pressure” policy, evident in recent nerve-wracking developments like shooting down of the US high-tech military drone, the threat of withdrawal from the 2015 nuclear deal and a strong refusal to negotiate with the Trump regime, is a self-defense policy with an offensive component. The coercive US sanctions have seriously reduced Iran’s economic capacity and maneuverability putting its survival at risk. The Iranian government is pushed hard to the wall with two options left at its disposal – either surrender to the Trump regime’s dictates or confront the Trump regime to break its grip on the Gulf and the Middle East for the preservation of Iran’s independence. As it is clear, the Supreme Leader Ayatollah Ali Khamenei has chosen the second option – to face off the Trump regime and its regional allies, even if that means an open conflict.

The “counter-maximum pressure” policy rests on some significant components that give Iran a competitive strategic edge in the tense standoff with the US. Iran’s major strategic assets are its regional allies – Hezbollah in Lebanon, Hamas and Islamic Jihad in Gaza, and the Houthi rebels in Yemen. Hezbollah fighters, with many of them currently deployed in Syria, and Palestinian armed groups in Gaza are capable of engaging the Israeli IDF and holding it back from coming to US military aid, in case a war breaks out with Iran. The Houthi forces are regularly hamstringing the Saudi-led coalition inside and outside Yemen, with a recent escalation in the salvos of missile attacks hitting vital Saudi economic and strategic targets like airports, oil pumping stations and water desalination plants. Riyadh is failing to cripple the Houthi missile power, let alone eliminate it. All this is a part of Iran’s counter-strategy to inflict deep damages on US’ Persian Gulf allies and dissuade them from tying the knot with the US in the future.

Iran’s most powerful weapon is its threat, backed by credible military capabilities, to shut down the Strait of Hormuz. Time and again, the Iranian leaders have threatened to close the Strait but never really did so. This time the threat sounds real as President Hassan Rouhani made it clear a few weeks ago that if Iran was not allowed to export oil, no oil would pass through the Hormuz. And Iran can actually stop oil shipments from the Gulf to wreak havoc on the global economy without resorting to force.

At its narrowest point, the Strait of Hormuz is just 21 nautical miles wide. As per international law, Iran can legally claim 12 nautical miles as its territorial waters; so is the case with Oman located on the other side of the narrowest point. Legally speaking, nothing will go wrong if Iran, citing threats to its national security, decides to ban the movements of commercial and military vessels of enemy nations through its territorial waters. And a war between Iran and the US will encourage no commercial ship to sail through the Strait of Hormuz at all. The global oil markets will experience an acute shortage of 30% oil supplies that pass through the Hormuz pushing up uncontrollable upticks in oil prices. National economies around the world are most likely to experience a freefall with dangerous threats of energy crisis, downward GDP growth rates, economic dislocations, social and political violence etc.

President Trump and his neoconservative warmongers – National Security Advisor John Bolton and Secretary of State Mike Pompeo comfortably thought that economic hardships would leave Iran no option but to come to the negotiating table. They were living in a fool’s paradise and did not learn from the disastrous war experiences in Iraq and Afghanistan. Hardly did they make any rational assessment of the prospects of success of the “maximum pressure” policy; nor could they figure out the unfolding consequences of the policy which are spiraling out of control now. Iran’s “counter-maximum pressure” policy has caught them off-guard, to say it right.

The backlash of the “maximum pressure” policy has convinced Trump to bank on diplomacy to find a way out of the standoff with Iran. Last week Pompeo proposed to negotiate with Iran with no preconditions; Trump has also reiterated his readiness to talk to Iran absent preconditions. The Iranian response has been totally lukewarm and it refuses to pursue the fruitless North Korean diplomatic path. In his meeting with the Japanese Prime Minister Shinzo Abe, who attempted an abortive mediation role between Tehran and Washington, Ayatollah Khamenei said he did not consider Trump worthy of a message. This was an utter expression of Iran’s huge distrust in Trump and a slap in his face, to say the least. Iran insists the road to diplomacy is closed unless and until Trump returns to the 2015 nuclear deal and lifts all illegal sanctions imposed after May 8, 2018.

If diplomacy is not what Iran prefers as a productive option with the US, what other alternatives remain available to President Trump? A war with Iran, at last? That sounds unrealistic not only because it will set the global economy on an explosive course, also there is no guarantee that the US will win the war against Iran. History testifies that the US did not win any war after World War II. The so-called superpower has been battling the Taliban for almost two decades with no victory in sight; it was forced to withdraw from Iraq in 2011 after sustaining huge material and human costs. A new military clash with Iran, a country many times larger and militarily more powerful than Iraq, will be much more devastating and this may be America’s last episode in the imperial “Game of Thrones”. What’s the point of fighting a war that will further sink the US deep under the sands of Middle Eastern deserts? This point exactly explains why Trump has been quite reluctant to respond to Iranian actions against US military drone.

The story circulated by the New York Times that the president approved and then abruptly called off military strikes on Iranian targets sounds like a fiction. It was at best a face saving public stunt. The US did not pull back from invading Iraq in 2003 or launching air strikes on Libya in 2011 and on Syria last year knowing well that there would be high civilian and military casualties. Trump’s sudden concern for the loss of 150 Iranian lives from the strikes convinced him to walk back the strike approval is unconvincing. The real purpose was somewhere else: to restrain Iran from further attacks on American targets and find a diplomatic way to negotiate with Iran.

Trump is caught in a dangerous crisis he chose to create at will by ditching the Iran deal and now hardly has a way to get out of it. In a sense, the current standoff with Iran is the logical culmination of the intense hostilities between the two adversaries since the 1979 Iranian Revolution. The 2015 nuclear deal, spurred partially by the Islamic State menace, was a temporary arrangement to manage the never-ending tensions between them for a while. The deal did not address the deep strategic and political divergences between the two hostile parties – it did not achieve America’s expectations of a cooperative Iran; neither did it bring for Iran a recognition of its preeminence in the Gulf neighborhood and the Middle East region. If war becomes the ultimate option to resolve the deep divergences, as Clausewitz said war is the continuation of politics by other means, everybody will be the loser regardless of who emerges victorious at the end of the day.

ABC News: “Trump seeks to make a deal with Iran”